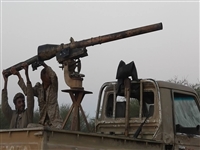 Today, Thursday, the army forces, with the support of the coalition aviation, dealt a painful blow to the Iranian Houthi militia in the Abs district, west of Hajjah governorate.

A military source told the Media Center of the Armed Forces that dozens of members of the Iranian Houthi militia were killed or wounded by the army’s fire and by coalition air raids.

He confirmed that at least 50 militia members were killed in air strikes targeting their gatherings this morning while they were preparing to attack military sites in the Bani Hassan front in the Abs district. In addition to destroying a number of combat mechanisms, including a tank.

Simultaneously, the artillery of the army demolished scattered gatherings of the Iranian militia in separate locations on the fronts of the Abs district, causing casualties and other losses in equipment, including cannons and combat crews with their equipment.

In addition, the army’s defenses in the Fifth Military District shot down about 10 Iranian “booby-trapped” drones that the militia tried to use to attack the army’s positions.

The source confirmed that the Iranian Houthi militia received the most painful blow at the hands of the army forces and the aviation of the Coalition to Support Legitimacy after its previous defeat at the Haradh front last week, stressing that the militia will receive more defeats in the coming days.

Today, Wednesday, the Governor of Marib Governorate, Major General Sultan Al-Arada, said that the army and the resistance are “ready ... 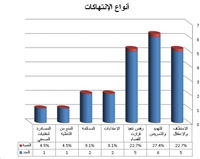 The Yemeni Journalists Syndicate monitored 22 violations of media freedoms from last July until the end of September. And launched ... 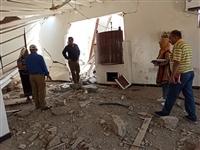