The Minister of Information, Culture and Tourism, Muammar Al-Eryani, has warned that the Iranian-backed terrorist Houthi militia has stepped up its campaigns to mobilize and recruit thousands of children in its areas of control, after luring them from their homes and schools, brainwashing them with extremist terrorist ideas and plunging them into suicide attacks in the deserts, mountains and valleys of Ma’rib Governorate .

He said, “We have repeatedly warned of the Houthi militia’s campaigns to recruit children, especially in light of the unprecedented human losses it incurred in the battles taking place in the various fighting fronts in the Ma’rib governorate after its recent escalation, which led to the depletion of its human stock and the escape of hundreds of tribesmen who mobilized them by force and coercion.” .

Al-Iryani pointed out that the children of Yemen in the areas controlled by the Houthi militia are paying a heavy price due to the continued silence of the international community over the genocide crimes that are happening to them by washing their minds, exploiting their living conditions and the state of poverty and destitution that most families live in, and luring them with weapons and money to lure them and put them on the battlefronts. .

Al-Eryani called on the international community, the United Nations and its special envoy to Yemen and all child protection organizations to clearly condemn these criminal practices, which constitute an unprecedented violation of international humanitarian law and child protection laws, and pressure the Houthi militia to stop the recruitment and exploitation of children in hostilities. 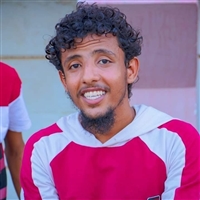 On Thursday, a security force kidnapped a young man while distributing breakfast on a Caltex tour in the temporary capital, ...

Extortion, exploitation, persecution, and repression.. These are some of what most African migrants and refugees live in Aden, in a ...

The Governor of Ma’rib, Major General Sultan Al-Arada, witnessed today the joint combat exercise with live ammunition for employees of ...