Dozens of Al-Hima residents organized a protest today, Wednesday, to denounce the genocide crimes committed by the terrorist Houthi militia against the people of the region.

The statement issued by the stand that was carried out in front of the governorate building said that the Houthi militia committed its grave crimes and launched its terrorist campaign against the villages of Al-Hima and the abuse of their people, to impose double taxes on citizens and plunder their money under the names of the Khums and the war effort, and the efforts of its leaders and supervisors to plunder farms and crops and seize wells And property.

He pointed out that preceded the recent Houthi terrorist attack, restrictions on the people of the region at the entrances to the villages and the pursuit of their youth to send them by force to the battle fronts and the demolition of wells and assault on women and children at security points and roads.

The statement clarified that this brutal terrorist attack was not the first against the villages of Al-Hima, rather it was preceded by three attacks during the years 2015_2017_2018 AD, and this latest attack, which began on 1/6/2021 AD, continues to this day in besieging the villages of Al-Hima, storming citizens’ homes, chasing their children, displacing families, and transforming buildings The schools located in the villages of the region have turned into collective detention camps and torture prisons for the children of al-Hima.

The statement called for the Houthi campaign against the people of the region to stop immediately and without delay, and to expedite the Houthi militia members and crews from the villages and farms of Al-Hima to stop the looting, killing and the ongoing violations.

It also called for the release of the kidnapped and disappeared during the past days and the return of children who were taken by the militia as hostages to their families, an end to house raids, kidnappings and displacement of families, the return of what was looted of the rights and property of citizens, and the punishment of those who carried out the killing, looting and kidnapping of the safe villages. 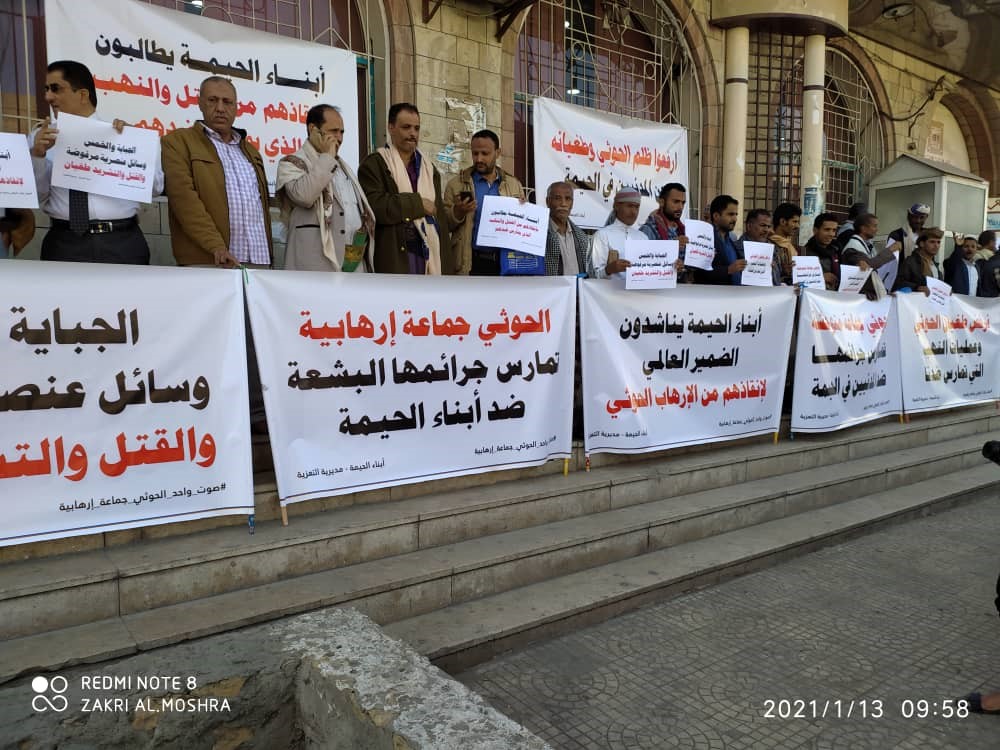 In their statement, the sons of al-Hima appealed to the international community, the UN envoy, and human rights organizations to carry out their humanitarian duties in protecting citizens from the continued killing, displacement, destruction, and plundering of money and farms by the militias, in the name of collection and support for the war effort, and even stripping citizens of their rights and their farms under the charge of terrorism, by the Houthi group Terrorist.

The protesters also appealed to the leadership of the legitimacy and local authority represented by the governor of the province to play their role towards their citizens of the sons of the goodness and completed the liberation of the province from the control of the terrorist Houthi militia. 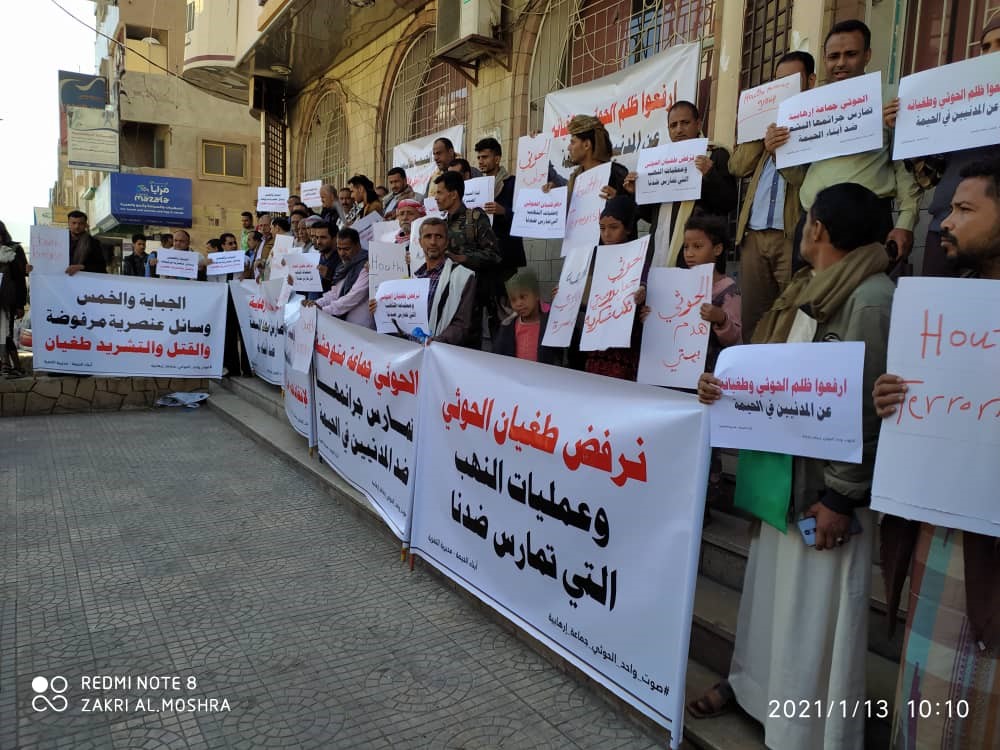 Yemen’s permanent representative to the United Nations, Ambassador Abdullah Al-Saadi, said that there is no way to peace, peace is ...

The Yemeni Rally for Reform in Seiyun, Hadramawt governorate, organized a poetry evening marking the 30th anniversary of the founding ...

The head of the Executive Office of the Yemeni Congregation for Reform in Ibb Governorate, Fakhri Al-Rabahi, called on the ...