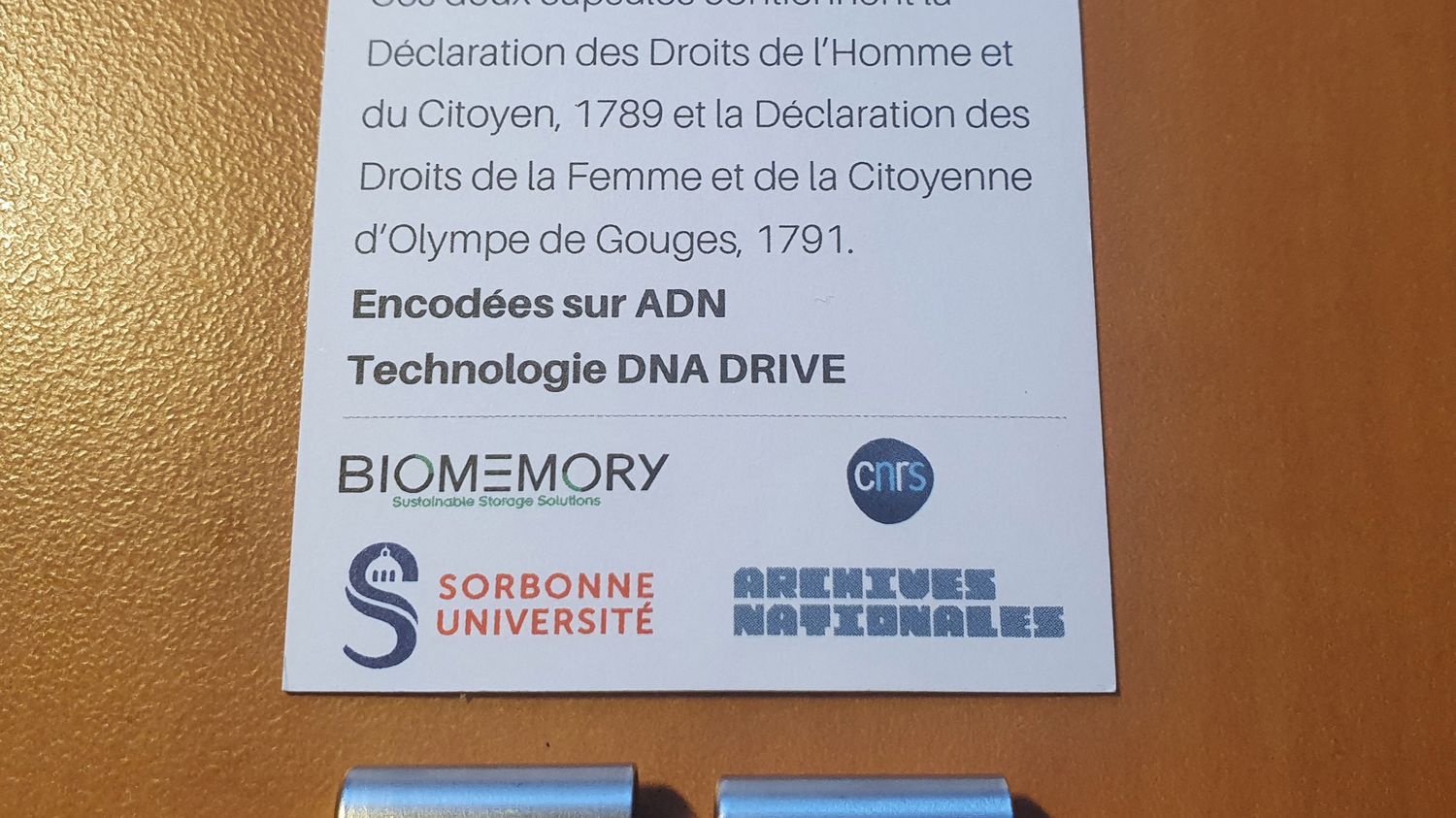 It’s a world first! The National Archives will become the first public institution to house digital documents stored on DNA. This new technology heralds a real revolution in the field of data storage. Two researchers from the Sorbonne have indeed managed to encode two founding texts on DNA: the Declaration of the Rights of Man of 1789 and the Declaration of the Rights of Women of 1791. These scientists will therefore officially hand over this DNA to the National Archives Tuesday 23 November.

Inside a metal capsule the size of a capsule, a small bead, the equivalent of a grain of sand, contains the artificial DNA of the Bill of Rights. Stéphane Lemaire, researcher at the CNRS, has succeeded in transforming his computer code into a genetic code. “To encode digital information on DNA, you have to convert the binary system with 0s and 1s into a quaternary system since DNA is made up of nucleotides symbolized by the letters A, T, C and G. We did it with the algorithm that we developed in the laboratory “, he explains.

To read these files, all you have to do is open the capsule and place the DNA molecules on a sequencer, an object well known to biologists. “Sequencers are used to identify, for example, variants of the coronavirus. It is therefore the same technology that is used to read the digital information encoded on DNA”, indicates Stéphane Lemaire. “There are pocket sequencers, the size of a large USB key, which plug into the computer, to analyze this DNA and reread the encoded digital information”, continues the researcher.

Together with his colleagues, he is convinced that this is the future of data storage. “The interest of DNA is mainly ecological”, he said. Because the environmental impact of digital technology is undeniable. The sector now generates more greenhouse gases than aviation and data centers are multiplying across the world. “DNA is the best technology available to solve these problems, because it can be stored at room temperature without input of energy. To make it stable, it is sufficient to store it away from air, water and light. Under these conditions, DNA is estimated to be stable for over 50,000 years “, note Stéphane Lemaire.

All of the world’s data could fit in 100 grams of DNA, or the volume of a chocolate bar! Enough to seduce the National Archives, which preserve in their servers more than 70,000 gigabytes of documents, photos, videos, ministerial emails … “Every year we have more terabytes. These are billions of files. We estimate that in the next 2-3 years we will reach 200 terabytes (200,000 gigabytes)”, says Béatrice Herold, digital and conservation director.

“Servers have a large carbon footprint, so when you see a small capsule, it makes you dream about the capacity to store large amounts of information.”

Béatrice Herold, Director of Digital and Conservation of the National Archives

“Being an archivist means thinking about the future much more than about the past, so we are very attached to all research on these subjects”, underlines again the director of digital and conservation of the National Archives, where thehe DNA version of the Declaration of the Rights of Man and Woman will be sheltered in an iron cabinet, next to Napoleon’s will, Louis XVI’s diary or the various Constitutions.

The National Archives are not the only ones to hope for this new technology. Some digital giants believe in it too. Microsoft, for example, has developed a machine that automatically writes and reads digital information in DNA. For this, the researchers relied on the biotechnology company Twist, one of the leaders in synthetic DNA. “The problem is not to prove that it works, it is to reduce costs, explains its founder, the Frenchwoman Emily Leproust. Today, the cost of storage in DNA is 1,000 euros per megabyte, compared to 100 euros per terabyte for a hard drive. So there are really different orders of magnitude for the costs. ”

To reduce these costs, there is therefore still a lot of work to be done before developing a reliable and affordable system. But according to Emily Leproust, DNA will revolutionize the data center sector: “DNA is always very slow to read. Its purpose is long-term storage, archiving. However, 60% of data centers are archiving. These, in the long term, will be replaced. by DNA. But the other 40% where the information has to come out at any time, it will stay on flash memories and hard drives. ”

The scientist has launched an alliance of laboratories and companies to promote this DNA storage technology. There are around thirty members, including university laboratories, biotechnology companies and the giant Microsoft …

Digital DNA at the National Archives: report by Boris Hallier 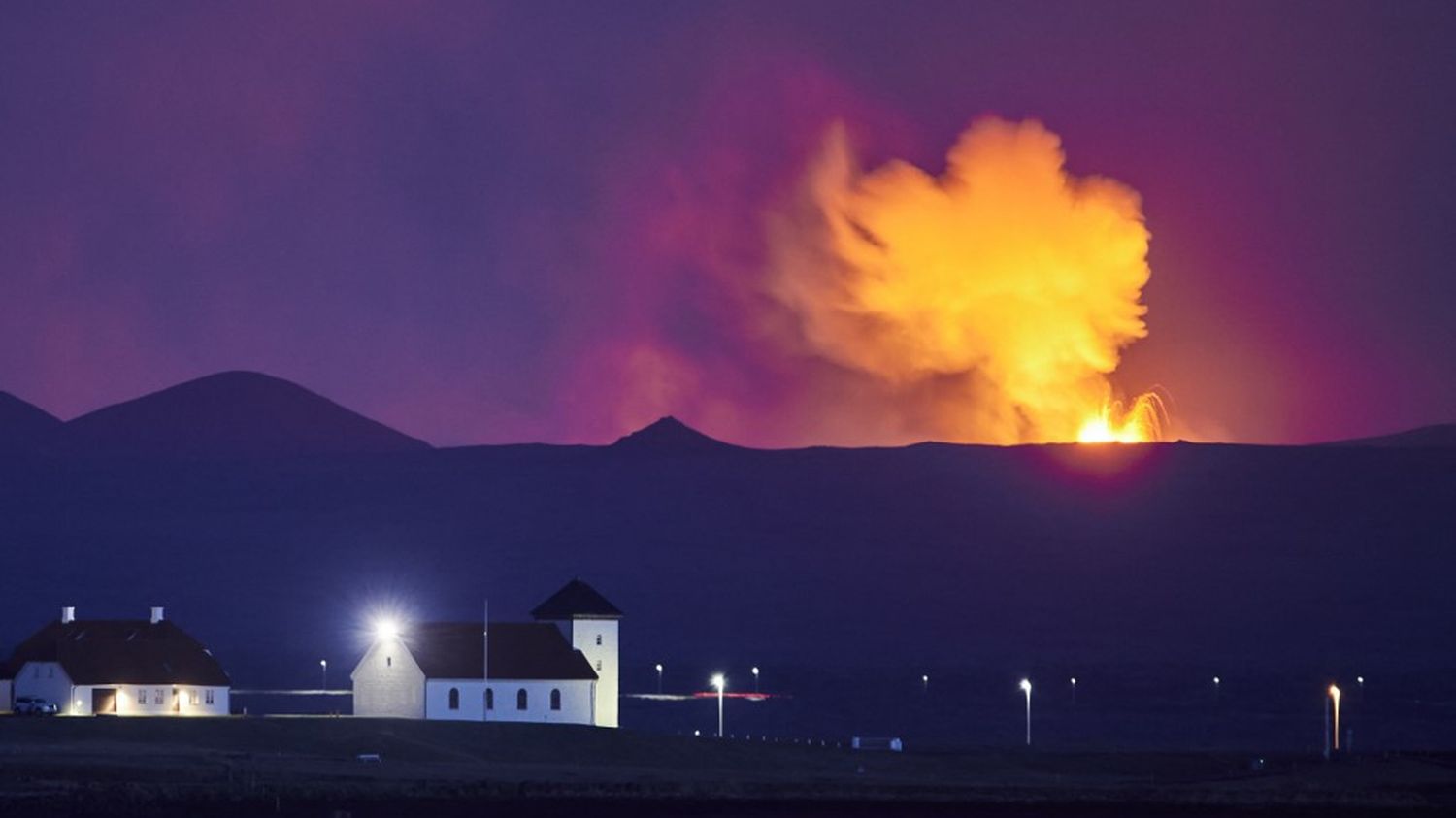 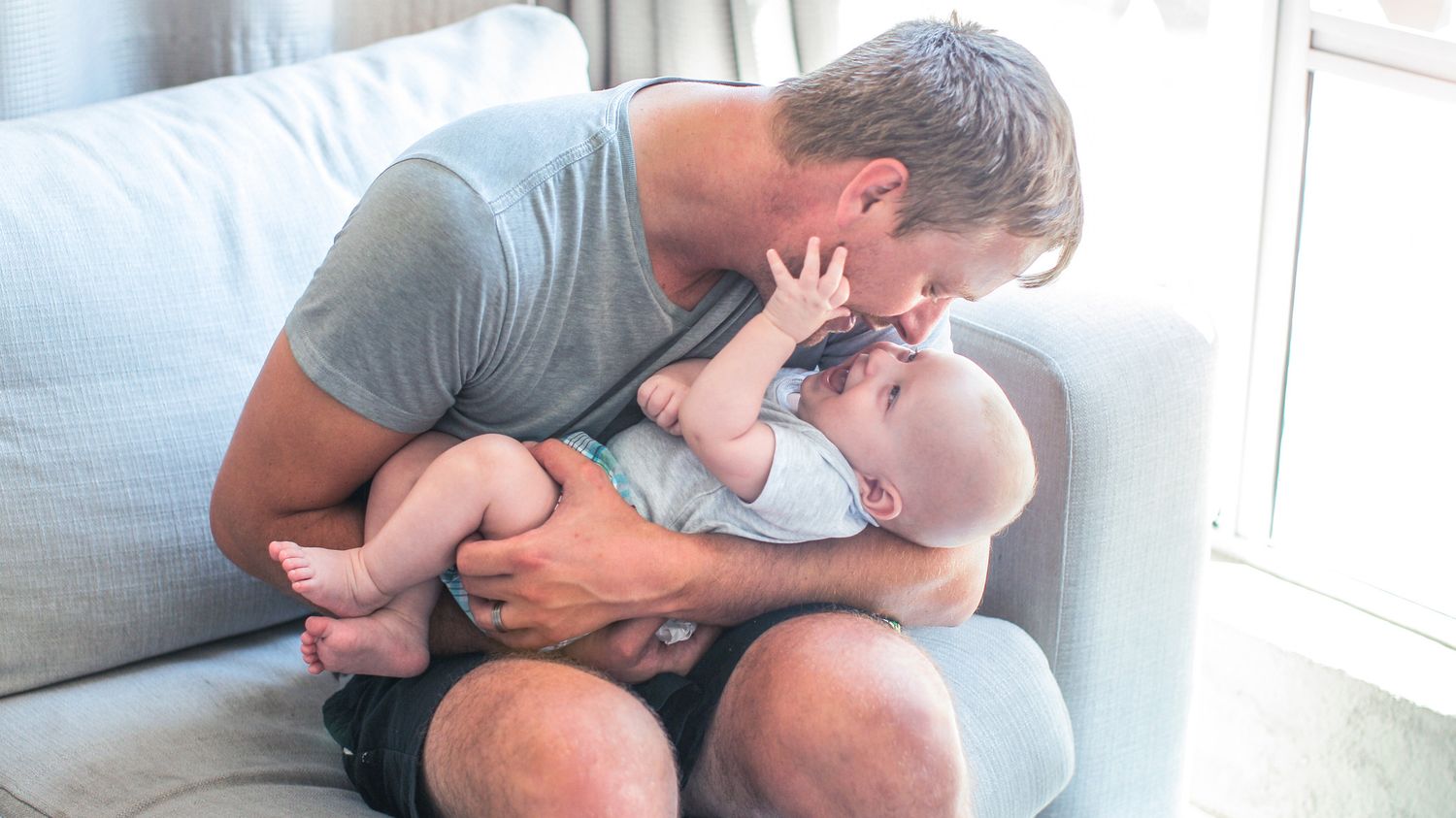 In The weekend science ticket, Mathilde Fontez, editor-in-chief of the scientific magazine Epsiloon speaks to us today of the laughter ... 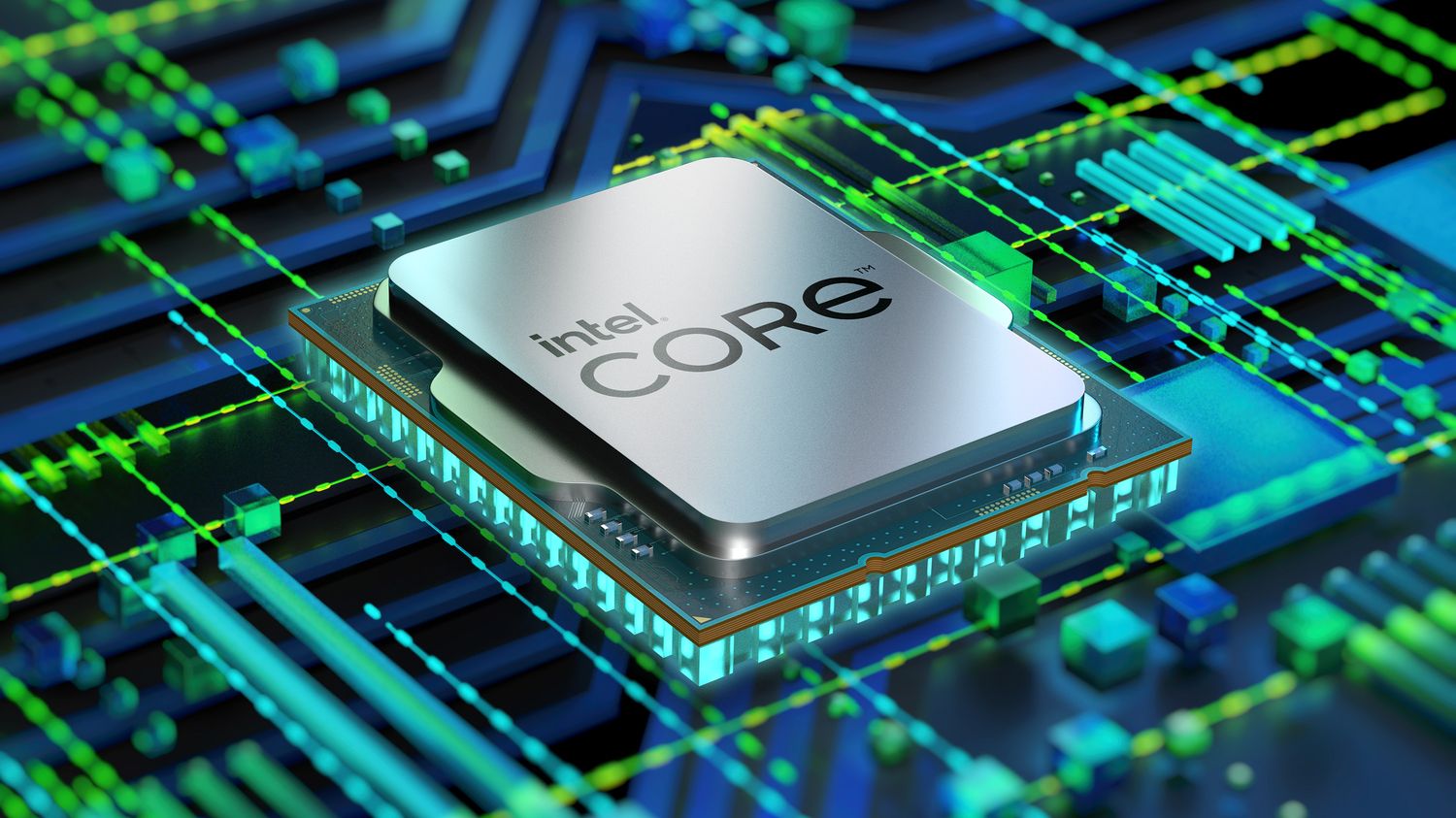 It is an industrial war on the scale of the infinitely small, of the order of a few nanometers. Let ...