The United States of America and the Netherlands called in a joint statement today, Saturday, to raise an amount of 144 million dollars, in order to support international efforts to avoid an environmental disaster that may result from the oil spill from the Safer Floating Reservoir off the Yemeni coast, according to Western media.

This came during a meeting hosted by the Dutch ambassador to the United States, Andre Haspels, in which United States Special Envoy Lenderking, Yemeni Ambassador to Washington Muhammad al-Hadrami, and representatives of the diplomatic corps in the American capital participated.

The attendees stressed the importance of raising $144 million to fund the United Nations operational plan, which includes $80 million for an emergency operation to unload oil from the Safer tank to a temporary ship.

It is noteworthy that several countries pledged last month, during a donors conference organized by the United Nations and the Netherlands, to provide about 33 million dollars to help finance the process of preventing a possible oil leak from the old tanker.

But those donations amounted to about 33 million dollars, without reaching the desired goal of 80 million dollars to transport 1.1 million barrels from Safer to another temporary tanker.

It is noteworthy that the giant tanker has become in a catastrophic situation, as cracks appeared in its tanks, especially since the Houthi militias had prevented the United Nations inspectors for years from visiting it. 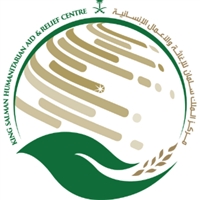 The United Nations Population Fund said, “Since the beginning of 2021, the King Salman Humanitarian Aid and Relief Center has ...

The World Bank has approved financing the Sustainable Development Program for Fisheries in the Red Sea and Gulf of Aden ...