Abdullah Ismail: A unified media environment must be created to confront the terrorist Houthi militia (Hewar)

The journalist Abdullah Ismail said that The new media (social media) played an important role in supporting the confrontation of the terrorist Houthi militia, liberating many terms, and conveying the events on the ground, directly and quickly.

In an interview with Al-Sahwa Net, he stressed the importance of working on a collective strategy to confront the Houthis’ sabotage, creating a unified environment in the Yemenis’ existential battle with its terrorism, and trying to find a unified voice for efforts that transcend hatred and arguments, and pour into the Yemeni battle of salvation.

He pointed out that one of the most important issues that must be highlighted in the media is confronting Houthi erosion, correcting concepts, and targeting the interior under the Houthi occupation, which is subjected to a barbaric intellectual invasion, as the absence of access to it serves the Houthi goals of razing and sectarianization.

Ismail presents a program on the YouTube platform called “Assem” which focuses on historical and intellectual issues and the reality of the conflict with the imams over the past decades.

As one of the Yemeni media and social media activists, how do you view this service in terms of influencing public opinion?

The new media has imposed itself on a positive or negative impact, given its wide spread and ease of access, ease of interaction and participation, rapid access and circulation of information, and the sustainability of exposure to it, with the wide spread of smart phones and related programs. Because of a significant change in the patterns of the media message, with the accompanying multiple use in creating public opinion, in ways that are often not free from deliberate negative influence, spreading rumors, and directing public opinion for different purposes, and because it is an open and permanently available space, it has That great influence, mixing the real with the fake, the beneficial with the harmful, and it is a topic that has received a lot of research, studies and induction.

Why did social networks become more influential in public opinion?

One of the most important features of the new media is the ease of exposure to it, the multiplicity of its platforms, the development of its capabilities, and the ease in dealing with it, and thus it acquires that great ability to influence, and it has turned, in contrast to the traditional media, which was mostly elitist and optional, to populist media, with platforms increasing day by day.

How can this service be used in the war with the Houthi militia?

In my opinion, the new media, through many, many accounts, had an important role in supporting the confrontation with the Houthi terrorist group, liberating many terms, and conveying the events on the ground directly and quickly, in addition to reasonable efforts in the face of erosion of awareness, victory for the victims, and exposing The Houthi crimes, however, are still much needed in this field, and it is important to work on a collective strategy, to confront the Houthi sabotage, create a unified environment in the Yemenis’ existential battle with its terrorism, and try to find a unified voice for efforts that transcend hatred and quarrels, and pour into the Yemeni battle of salvation, It is also very important at the level of the official and traditional media, to turn in a thoughtful and scientific manner to activate its platforms in the new media, whose influence goes beyond any channels, radio stations or newspapers.

It is also important that we work on a collective effort, especially for celebrities of the new media, to define unified messages with multiple tools that go beyond text writing to the production of videos, flash and films.

What is noticed is that the Houthi camp, which is actually small, is more cohesive, and sometimes succeeds in unifying its messages, spreading rumors, and the act of incitement. And our official media is still without a strategy that contributes to leading public opinion.

What are the most important issues to focus on?

One of the most important issues, in my view, is confronting Houthi erosion, correcting concepts, and targeting the interior under the Houthi occupation, which is subjected to a barbaric intellectual invasion, as the absence of access to it serves the Houthi goals of razing and sectarianization.

It is also important to focus on transferring Al-Houthi’s crimes and racism to the Arab and foreign other, with a focus on crimes that are universally agreed upon. Militarily or intellectually, and I usually repeat that Yemenis in areas of Houthi occupation are facing a great deal, but if they are left alone to the methods of the Houthi ideological invasion, many will fall prey to that.

Were activists on this network able to explain to local and external public opinion the reality of the battle with the Houthi militia?

At the local level, we can say that we have succeeded relatively, and there is still great effort in this direction

As for the external level, and I mean the non-Arab here, the influence is still minimal, and perhaps this is due to two main reasons, the first is that our messages are in our language and not in the language of the other, and that we do not focus on what the other considers crimes, and the second is that most of our accounts on social media platforms are not linked, follow-up Or a connection, to the accounts of global influencers, and this matter requires a great effort.

Is there coordination in the media activities on this network?

Coordination is minimal, individually, and has not turned into collective coordination except in some campaigns, which resulted in good and even excellent results. In terms of coordination on a large level, as well as multilingualism, and referring to active accounts on social media platforms, organizations and individuals.

Is there an external influence and response to what you are doing?

We cannot deny that there is an impact, especially in some campaigns that have been well coordinated and prepared for as I mentioned, and the slanderers had a great role in the success of the Houthi campaign, a terrorist group, and some other campaigns, but more coordination and work remains important and significant, to rise to the duty Introducing the Yemeni issue, clarifying its circumstances, and conveying Houthi crimes and danger on the Yemeni, regional and global levels

You created your own channel on YouTube, called Al-Misnad Channel. What content do you provide through this channel?

The channel aims to introduce the Imamate intellectual roots of the Houthi group, which is an extension of a destructive Imami project, from which Yemenis have suffered for more than 1200 years, and that al-Houthi, with his thought, crimes and premises, is the living embodiment of the Imamate, with an indication of the link between the Imamate project and the Persian project, and the channel aims to confront Houthi erosion To raise awareness, raise the national feeling and the Yemeni Arab and Islamic affiliation, and tries through some episodes to alert the need for unity in the face of a crushing danger targeting everyone.

How did you find the interaction from the audience, the effort you make through your channel?

Praise be to God, the episodes received a good interaction on different platforms. The episodes are shown on four satellite channels, six radio stations, and broadcast on YouTube, Facebook and Twitter, and are well published on the WhatsApp platform. Among the reactions that reach me, the interaction is great, and the welcome to the program is very good, However, this type of program with its intellectual and historical themes cannot compete with other programs that use clowning or even purposeful irony.

What is your message to Yemeni activists in social networks?

Perhaps the most important message that I can send to the activists is to focus on their battle against the Houthi pandemic, and the destruction it causes of history, heritage, values ​​and the Yemeni mind, and to stay away from the battles of grudges and arguments.

It is also important for activists to unite at least in the minimum campaigns with influence on the Arab and foreign level, while diversifying their messages.

The Chairman of the Presidential Leadership Council, President Dr. Rashad Muhammad Al-Alimi, and with him the members of the Council ... 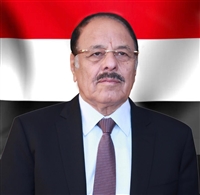 Today, Monday, the Vice President of the Republic, Deputy Supreme Commander of the Armed Forces, Lieutenant-General Ali Mohsen Saleh, made ...

Today, Prime Minister Dr. Maeen Abdul-Malik directed the Ministry of Interior and the local authority in Taiz Governorate to put ...