Top Stories Al-Eryani: The attack on Al-Ghabri is an extension of the approach of the Houthi militia and its frantic campaign against the media

Al-Eryani: The attack on Al-Ghabri is an extension of the approach of the Houthi militia and its frantic campaign against the media 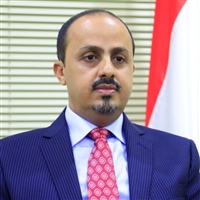 The Minister of Information, Culture and Tourism, Muammar Al-Eryani, condemned the arrest and confiscation of his camera and personal phone by the journalist Abdul Rahman Al-Ghabri, at the hands of the Iranian-backed Houthi militia, and preventing him and his team from filming a documentary film about Old Sanaa.

Muammar al-Eryani said in a statement to the Yemeni News Agency (Saba), that this attack is an extension of the Houthi militia’s approach to silence mouths and suppress freedoms, and the frantic campaign it launched against journalists and media professionals since the start of the coup.

Al-Eryani pointed out that the Houthi militia considers the practice of journalistic work in the areas under its control a crime that deserves punishment, as hundreds of journalists were killed, displaced and kidnapped from their homes and workplaces, forcibly disappeared for years, and were subjected to the worst forms of psychological and physical torture, and a number of them were sentenced to death.

Al-Eryani called on the international community, UN and US envoys, human rights organizations and the protection of journalists to condemn the unprecedented crimes and violations against journalists and media professionals in the areas under the control of the Houthi militia, and to put pressure to stop them, prosecute those responsible and bring them to trial.

Yemeni scholars, preachers, intellectuals and academics have stressed the importance of confronting the process of changing the educational curricula that ...

Today, the Undersecretary of Marib Governorate, Dr. Abd Rabbo Moftah, urged the head of the International Organization for Migration (IOM) ... 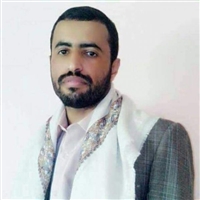 Close to the Red Cross, or in a prison that may have been renovated and restored, the International Committee, whose ...