The Media Department of the Yemeni Congregation for Reform congratulated all journalists across the Yemeni land, especially the journalists who faced the arrogance of the Houthi militia’s terrorism against the press and the media, and the kidnapped in the militia’s prisons, on the occasion of Yemeni Press Day (June 9).

In a statement on the occasion, the Islah Media Department called for a national campaign that exposes the Houthi militia and its terrorism, and presents its leaders to the world as war criminals, as perpetrators of unfortunate crimes, who have faced this violence.

On this day, we salute with honor the symbols of freedom and free speech, those journalists who were kidnapped in the prisons of the Houthi militia, those who were subjected to its terrorism and brutality, and still resist its arrogance and arrogance with valor and composure, as it is for the families of the martyrs of the journalists who died with the criminal death machine, while performing their mission Patriotism and humanity serve the truth, so gangs of death and destruction killed them, disregarding all values, norms, laws and charters.

He added: “What the press and members of the press have been subjected to, over more than seven years of the brutal, racist Houthi coup, are unprecedented crimes, as a number of journalists were killed, liquidated, and placed as human shields, and dozens were kidnapped, forcibly disappeared, and flooded On their bodies were whips and instruments of abuse by the militia’s executioners and its elements, which were deeply stricken and harassed.

The statement of the Islah Media Department pointed out that the Houthi militia looted the dues and salaries of journalists and lost their jobs, and prompted hundreds of them to migrate away from the Houthi death machine, or starve to death under the influence of a militia that absorbed everything.

And the statement continued: “We do not forget the media and press institutions that the Houthi militia stormed, confiscated, and abused their owners, in their barbaric endeavor to obscure the witnesses of the truth and the knights of the free word, which are brutal crimes that will not be subject to statute of limitations.”

The Media Department of Islah called on the Presidential Leadership Council, the government, and all concerned parties to pay attention to the issues of journalists who, for seven years, faced the most heinous forms of abuse, stressing the importance of issuing a blacklist of Houthi gang leaders who supervised and executed the massacre against the Yemeni press and media in all its directions and directions, and to work to persecute them.

She also stressed the importance of pressing for the release of the rest of the kidnapped journalists and media professionals, led by the four journalists who have been sentenced to death, as they enter their eighth year in the militia’s prisons, during which they were subjected to the most brutal physical and psychological torture, just because they practiced their journalistic work.

The statement called for working to return those who lost their jobs and disburse their dues to meet the requirements of life, relieve their suffering, and restore respect for freedom of the press and expression.

He also called on the international community, the United Nations and all human rights organizations, especially those concerned with freedom of the press and media, to stand by the Yemeni journalists, and support them as they face the worst gang committed against the press and media unless it was committed by other violent groups.

The Islah Media Department indicated that “this occasion, despite the tragic memory of what the Houthi militia committed against the Yemeni press and journalists, requires us all to unite in order to win the freedom of the press and media, and the victory for human rights that were wasted by the militia.” 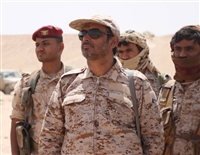 The Yemeni Center for Studies held a symposium on “Yemen’s Identity and History of the State” yesterday evening, Saturday, via ...

Prime Minister Dr. Maeen Abdul-Malik received today in the temporary capital Aden, the head of the European Union delegation and ...