Top Stories Al Jaber: The grant of oil derivatives comes as part of the Kingdom’s efforts to alleviate the suffering of Yemenis

Al Jaber: The grant of oil derivatives comes as part of the Kingdom’s efforts to alleviate the suffering of Yemenis

The Saudi Program for the Development and Reconstruction of Yemen, represented by the program’s general supervisor, Ambassador Muhammad bin Saeed Al Jaber, in Riyadh yesterday signed an agreement to supply oil derivatives to the Yemeni government to operate more than 80 electrical stations.

The Minister of Electricity and Energy, Dr. Anwar Kalashat, represented Yemen during the signing of the grant agreement, which came in implementation of the Saudi leadership directives in response to the Yemeni government’s request.

The grant includes 1.26 million metric tons, at an amount of $ 422 million, to serve the Yemeni people and alleviate their suffering, in support of the economy in Yemen and the development of its infrastructure, and an extension of the generous support provided by Saudi Arabia to Yemen in all fields, and an affirmation of brotherhood and strong ties between the two brotherly countries.

The ceremony of the agreement, which was signed at the headquarters of the Saudi Program for the Development and Reconstruction of Yemen in Riyadh, was attended by Yemeni Oil Minister Abdul Salam Baaboud, in addition to a team of Yemeni executives and a group of development specialists at the Saudi program.

In his speech on this occasion, Ambassador Al Jaber stressed that “granting Saudi oil derivatives comes in implementation of the directives of the wise Saudi leadership, and in support of the Yemeni government to provide services to the Yemeni people and to achieve security and stability in Yemen.”

He explained that the Saudi oil derivatives to Yemen “aim to operate electrical stations to serve the Yemeni people, in an effort to develop infrastructure, create job opportunities, contribute to improving services, support peace and enhance hope.”

He pointed out that the grant “will contribute actively to the recovery of economic and social life, especially as this will strengthen the budget of the Yemeni government and help it fulfill its other obligations, which include paying salaries and wages of employees, and improving basic sector services.”

For his part, the Minister of Electricity and Energy thanked the Kingdom of Saudi Arabia for the continuous support provided to his country, describing support for the energy sector as “important and vital,” adding that “the main objective of this grant is to illuminate the homes of Yemenis and restore this service to the people in Yemen, and it will also help achieve growth. Economic ».

Come Derivatives Efforts From Grant Jaber: Oil: Sahwa Net Sahwa Net news site suffering The the awakening The kingdom To relieve To whom within Yemenis

The Money Changers Association announced a partial resumption of cashiers’ activities in the temporary capital, Aden, three days after a ... 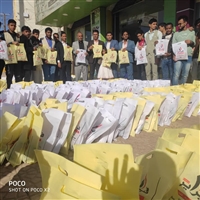 The High Coordinator for the Yemeni Revolution held an event (February Eid) in Ma’rib. This event, which was held under ...