Auto An expert in “OAPEC”: The complete transformation from traditional cars to “electric” within two decades… is far from being achieved

An expert in “OAPEC”: The complete transformation from traditional cars to “electric” within two decades… is far from being achieved 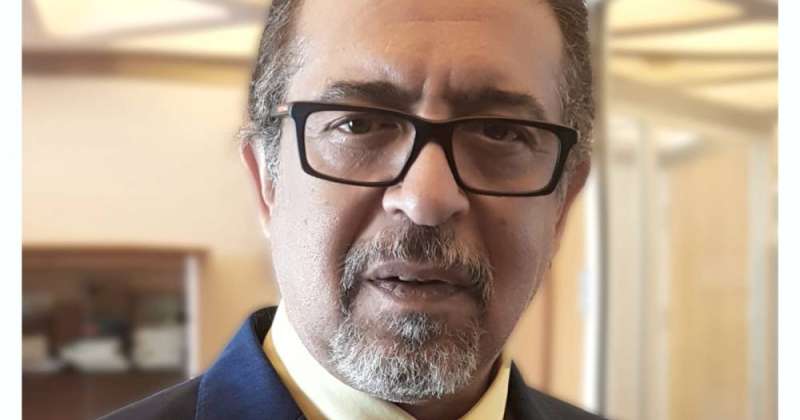 Converting British cars to electric requires the entire world to produce neodymium, three-quarters of its lithium production, and half of copper production.
American vehicles need more than 7 times what the British require.
Replacing all cars registered in America until 2021 with electric ones that consume more than a third of electricity production

Turki Al-Hamsh, an oil expert in the Organization of Arab Petroleum Exporting Countries (OAPEC), said that the plans to get rid of all ordinary cars and switch to electric within two decades is still a distant dream, in light of the scientific techniques currently available in the field of electricity generation from renewable sources, as well as in Electricity transmission and storage.

Al-Hamsh added to Al-Rai that the use of electric cars within cities will reduce pollution in them, provided that only renewable energy sources are used to supply them with electricity, otherwise the result will be just a change in the places that pollute the environment. 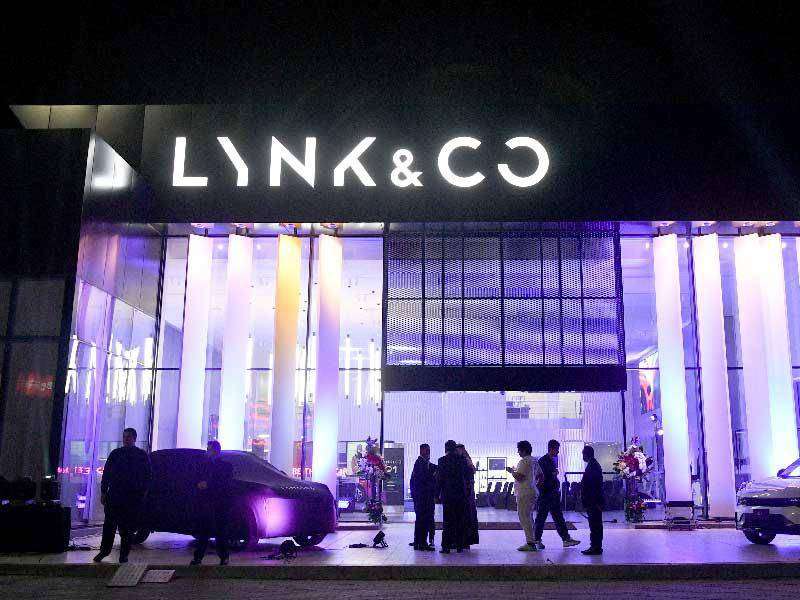 He stated that electricity storage still represents a scientific dilemma with complex practical solutions, as the use of a fleet of electric cars only means that any failure in the generation process for one reason or another will cause it to stop moving when its batteries are empty.

Al-Hamsh added that generating the necessary electricity for cars from fossil fuels means losing a part of the energy related to the efficiency of the generation process, and then losing another part during the transportation process, and the result is the loss of more energy without any practical benefit.

Al-Hamsh said, “There are a large number of obstacles that may stand in the way of achieving the complete transformation of electric cars, including that the price of electric cars is high compared to the prices of ordinary vehicles and the costs of their maintenance.

Al-Hamsh pointed out that statistics showed that the number of cars registered in Britain in 2019 amounted to more than 38.4 million, and converting them all into electric vehicles by 2050, requires the equivalent of the entire world’s production of neodymium, “a material used to make magnets in high-strength electric motors.” And three-quarters of the world’s “lithium” production, and no less than half of the world’s copper production, in order to manufacture enough electric motors and batteries, in addition to the need to increase the electric generation capacity in Britain by more than 20% to meet the demand for electricity that You need these cars.

Al-Hamsh explained that even if there is a solution to the problem of providing minerals and metals in one way or another, the replacement of all internal combustion engine cars registered in the United States in 2021 with electric cars, will consume more than a third of the country’s electricity production, in other words, America must increase the amount of electricity produced in the country. The electricity generated in it is more than 33 percent in order to be able to meet the demand for electricity.

Al-Hamsh said that the main source of energy for generating electricity in America in 2020 was fossil fuels (60.3 percent), then nuclear energy (19.7 percent), and renewable energy contributed to the production of only (19.8 percent) of electricity, equivalent to 792 TWh. .

Al-Hamsh believed that, “In order for America to be able to replace its fleet of internal combustion engine cars with another of electric cars in a carbon-free manner, meaning that electricity is generated from renewable energy sources exclusively, it needs to increase the generation capacity of renewable energies by about 70 percent than it is It currently exists, provided that all production of these sources of electricity is directed to charging car batteries only.

He pointed out that the accusation of transportation as the main cause of climate change, prompted many countries to encourage electric cars and give them preferential conditions for purchase and registration, and even regular cars were restricted.

Some countries had announced the imposition of a complete ban on cars running on petrol and diesel, including Britain, which stated that the ban would enter into force by 2030, in addition to converting all cars to electric by 2050.

Norway has announced that by 2025, all new cars sold in the country should be zero-emissions (ie fully electric or fuel cell).

In America, the governor of California had issued an executive order banning the sale of new gasoline cars in his state by 2035.

The Economist magazine indicated that with the spread of electric cars, the problems related to the availability of charging points are intensifying, as the magazine estimates that by 2040 40 percent of charging operations will need a public network of charging stations. Nearly 1.3 million charging stations, reaching the goals of ending emissions by 2050 will require the presence of 200 million such stations.

There is, of course, the issue of coordination between the owners of charging points, the owners of the sites where they will be located, planning authorities and electricity companies. The complexity of the problem is illustrated by the fact that the estimated cost of the infrastructure needed to achieve zero emissions by 2050 is $1.6 trillion.

The magazine provides an example of how to overcome some of these problems with telecom companies that win government auctions to establish and operate mobile communication networks according to rules and regulations determined by the concerned government.

Despite the persistence of some problems, telecommunications companies have spent over the past two decades more than 4 trillion dollars on their infrastructure, at a time when the mobile has turned from a shiny device in the hands of the wealthy to a device in the pockets of everyone. 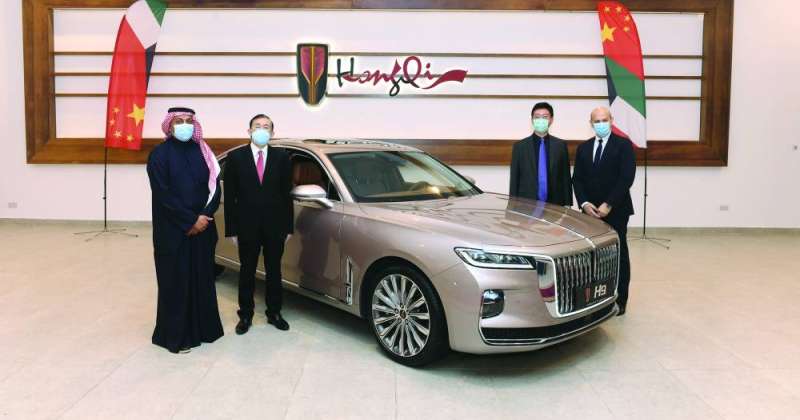 «Al Khaled Auto», the agent of «FAW» cars in Kuwait, opened the «FAW» and «Hongqi» car showroom in Al-Rai area ... 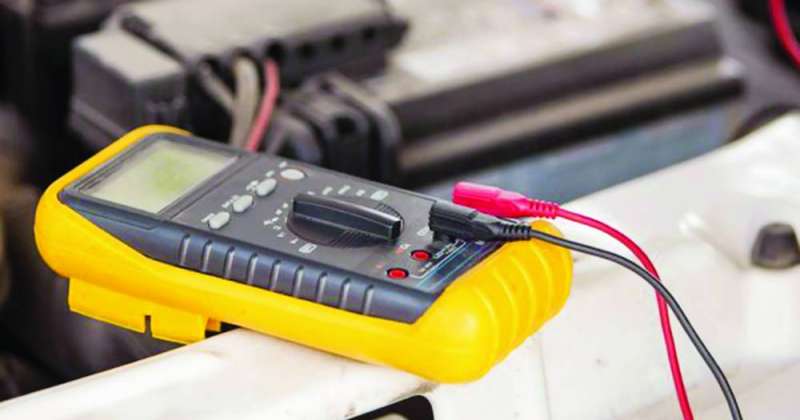 Muhammad Ramadan: 6 months separate each visit to clients – The decrease in accidents led to a decrease in the ... 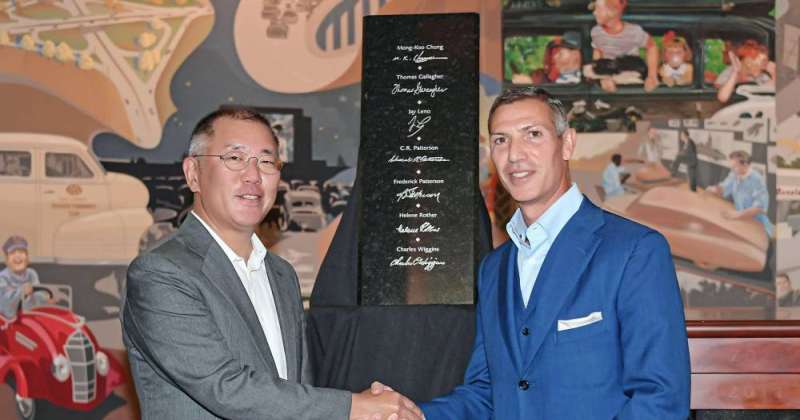 Hyundai Motor Group Honorary Chairman Jung Mong-koo was officially inducted into the Motoring Hall of Fame during the 2020/2021 Awards ...