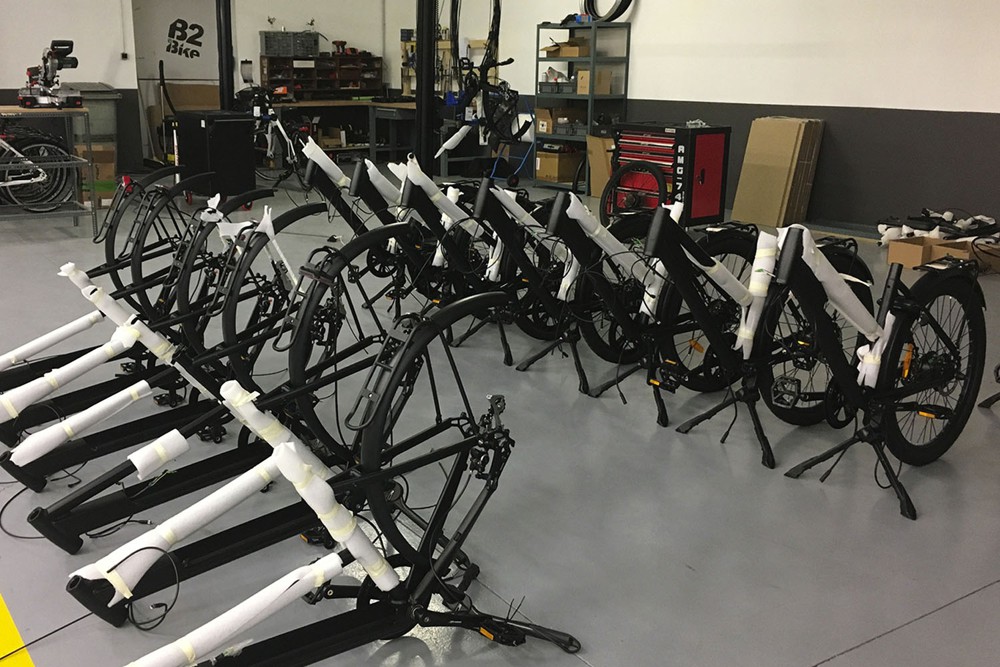 During the Covid, young Lyon bicycle manufacturers Oowi and AddBike have benefited from the two-wheeler craze. And to go from craftsmanship (respectively 2 and 1.2 million euros in turnover) to the industrial stage, they decided to pedal as a team with half a dozen local manufacturers of special models, and to create a joint assembly line, in a cooperative.

Where today these small companies, positioned in niche markets, separately produce a few dozen or hundreds of specific frames, they invest in a collective tool over 4,000 m2 to save costs and productivity. “It is a modular line suitable for small and medium series, with an annual capacity of 15,000 machines”, explains Henri Roussel, the project manager of the new regional bicycle cluster MAD (Active and Sustainable Mobility, 68 members).

A subsidy from the Auvergne-Rhône-Alpes region finances half of the investment of 800,000 euros. The assembly plant should come into operation in early 2022, with a target of 30 jobs in three years, in a location yet to be determined, which will also host the premises of MAD.

For several years, AddBike has been transforming classic bikes into cargo-type scooters by modifying the fork and has just released its own bike, with load transport at the rear. Oowi offers companies – and recently communities, with three contracts in Portugal – small fleets of ten to a hundred hybrid bicycles, as company vehicles or to cover the last mile from the nearest station.

The project also brings together Benur, an electrically assisted tricycle designed to accommodate a wheelchair, Cyclik and his bamboo frame bicycle, Vepli and its foldable electric range. Without forgetting Milc, manufacturer of frames from Occitania, or A Fond Gaston, an installer of electrical kits on classic models, and therefore a wheel rack specialist. The expertise of the Lyon start-up now present in Paris, Toulouse, Bordeaux and Metz will benefit its partners.

“But the ambition to make a bike 100% made in Auvergne-Rhône-Alpes, without being abandoned, remains illusory for the moment”, recognizes Henri roussel. Manufacturers are dependent on Asian components. This is why the industrial cooperative will also operate a purchasing group.

Beyond that, Henri Roussel sees it as a “catalyst for order books, a preliminary step to relocation,” he says. “There are accessories that are more relevant than others to relocate according to needs and areas of know-how,” he says.

“The deadlines are 54 weeks for brakes, a product which is no longer manufactured in France at all”, slips Renaud Colin, the founder of AddBike. He wonders if “a volume of 10 to 15,000 parts would be enough to interest a regional industrialist, an automobile subcontractor for example”. The exit from confinement and the reopening of shops do not guarantee the future of so-called “non-essential” traders. They are ...

The law of sureties (mortgages, pledges, surety bonds, etc.) has just been the subject of a major reform. As such, ... This was the watchword during the confinement: you had to manage your cash to the nearest cent. While many companies ...