Thousands of citizens took to the streets, raising national flags and chanting Yemeni chants, and fireworks were launched in the sky of cities, to celebrate the victory and the great sporting achievement of the junior team.

The national junior team crowned the eighth Asian Youth Cup in Saudi Arabia, after defeating its Saudi counterpart, 4-3 on penalties, after they tied the game with a goal.

Our national junior team received the West Asian Junior Championships Cup in its eighth edition, after defeating the Saudi team by five goals to four.

The Minister of Youth, Nayef Al-Bakri, participated in the crowning of our team with the championship cup and gold medals, in a ceremony held by the Federation at Prince Muhammad bin Fahd Stadium in Dammam this evening.
Today, the Vice President of the Republic, Lieutenant-General Ali Mohsen Saleh, congratulated our national junior team, players, the technical and administrative staff of the team and our Yemeni people, on the occasion of our national team being crowned the champion of the West Asian Junior Football Championship.

In addition, the Vice President of the Republic, in a telegram sent to the national team, the players, and the administrative and technical staff of our team, praised the outstanding performance of the players in all matches until they earned the right to win against the brotherly Saudi team.

The Vice President stressed that this great sporting achievement achieved by our team created great joy among the sports fans and the Yemeni people who aspire to stability, security and achievements in various fields after overcoming the difficulties and obstacles of the coup and terrorism.

The Vice President of the Republic expressed his thanks and appreciation to the brothers in the sisterly Kingdom of Saudi Arabia and their great role in organizing and hosting, praising the high sportsmanship and professional performance of the brotherly Saudi team and the brotherly and friendly atmosphere that prevailed in the match.

In a related.. Prime Minister Maeen Abdul-Malik directed to honor the players of the national junior football team and its technical and administrative staff with an amount of 300 million riyals, after its historic victory in the West Asian Cup, stressing the government’s full support for the team and providing all the factors to continue brilliance and success.

The Prime Minister congratulated the delegation of our national junior team for being crowned for the first time as a champion of the West Asian Junior Football Association in its eighth edition, by defeating its Saudi counterpart on penalties, in the final match that brought the two teams together, at Prince Muhammad Bin Fahd Stadium in Dammam, Saudi Arabia.

The Prime Minister praised, during a phone call, with the delegation of the national junior team led by national coach Qais Muhammad Saleh, achieving this great and historical achievement and crowning the title of the continental football championship after the team champions presented throughout their participation in the championship the honorable and distinguished performance that embodied the Yemeni player’s possession of skills The determination and determination that confirmed the team’s eligibility to win the championship title.

The Prime Minister also praised the efforts of Saudi Arabia through its success in hosting the tournament whose matches were held on its stadiums, praising the support and care of the national junior football team, during its participation in the tournament, congratulating Saudi Arabia on its success in preparing a young team that appeared at a distinguished level technically and skillfully in football and sportsmanship High.

Parliament Speaker Sultan Al-Barakani also congratulated the junior national team and its sons, the players, the technical and administrative staff of the team and the Yemeni people, for their well-deserved victory in the West Asian Junior Football Championship, praising the level of performance of the team, which heralds a prosperous sports future.

The Speaker of the House of Representatives, during a telephone conversation with the Minister of Youth and Sports, Nayef Al-Bakri, and the President of the Yemeni Football Association, Ahmed Al-Essa, expressed his happiness with the honorable performance of the team, the brilliance of the players in all matches and their winning of the title against the Saudi team.

He stressed that the joy that the team’s players gave to the sports audience and to the people in general after seven lean years, suffering and pain created by the Houthi coup and delivered by the Houthi dynastic gang to every home in our dear country, he must pay attention to this team, provide its requirements and needs and create the appropriate conditions for its continued brilliance and creativity.

The Chairman of the Shura Council, Dr. Ahmed Obaid bin Daghr, announced that the team was honored with two million riyals for each player and member of the technical and administrative staff of the team, praising the team’s historic victory. 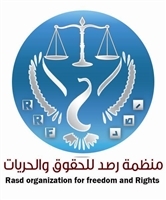 The Monitoring Organization for Rights and Freedoms condemned, in the strongest terms, the death sentences issued by a court affiliated ...

This evening, Saturday, October 16, 2021, a wide cartoon campaign will be launched to denounce the Houthi siege imposed on ...

The President of the Republic, Abd Rabbo Mansour Hadi, sent a message of condolences to the engineer, Abdul Razzaq Mahyoub ...