Technology Dart mission: orbit to watch, new photos, second mission… After the successful impact on the asteroid, what will happen?

Dart mission: orbit to watch, new photos, second mission… After the successful impact on the asteroid, what will happen? 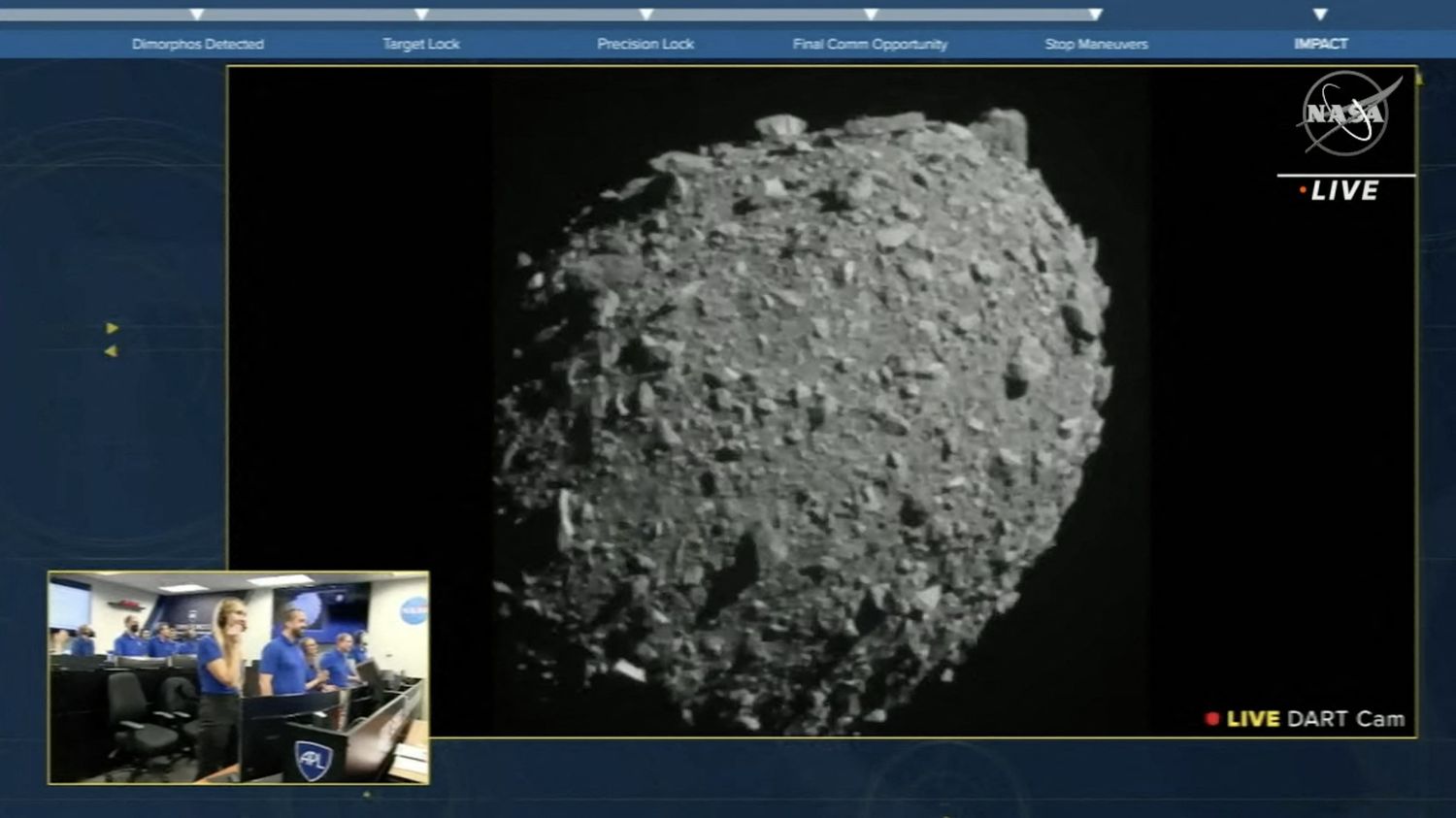 “IMPACT SUCCESSFUL!” It is with these two words that NASA announced that a spacecraft had successfully struck a small asteroid some 11 million kilometers from Earth, on the night of Monday September 26 to Tuesday September 27. The objective was to deviate the trajectory of this celestial body, named Dimorphos. This event is a first in the history of humanity: it is the first test of planetary defense. This is the first step in setting up a device to protect the Earth in the event that a celestial object threatens it. While the reality of the impact is beyond doubt, franceinfo summarizes the events to come.

The asteroid Dimorphos, 160 m in diameter, is the moon of a larger asteroid: Didymos, which is 780 m in diameter. Originally, Dimorphos circled Didymos in 11 hours and 55 minutes. With the shock, scientists hope to alter this orbit by about 1%. For now, they’re certain they’ve hit the mark.

IMPACT SUCCESS! Watch from #DARTMIssion‘s DRACO Camera, as the vending machine-sized spacecraft successfully collides with asteroid Dimorphos, which is the size of a football stadium and poses no threat to Earth. pic.twitter.com/7bXipPkjWD

The Atlas Earth Observatory also recorded the impact and the cloud of debris.

ATLAS observations of the DART spacecraft impact at Didymos! pic.twitter.com/26IKwB9VSo

If Dimorphos has been hit, has the deviation objective been achieved? “We will know in a few weeks”, affirmed on franceinfo Patrick Michel, member of the Dart mission team and director of research at the CNRS at the Observatory of the Côte d’Azur. He is confident: “Given the data we have, we say to ourselves that we have done well. We are impatiently awaiting the results.” “I would be surprised if we had a firm measure of change [d’orbite] in less than a few days, and surprised if it took more than three weeks”said for his part Tom Statler, chief scientist of the mission.

Other images of the shock will reach us

The impact, which occurred at around 20,000 km/h, was broadcast live by the American space agency. The images, taken at the rate of one per second, were produced by the Draco camera, on board the kamikaze ship. A module, called LICIACube, had also been taken away. Released a few days before the shock, he positioned himself nearby to immortalize the scene. Three minutes after the event, it passed about 55 km from the asteroid to capture images of the ejecta. But we will have to be patient to analyze them. “Because LICIACube does not carry a large antenna, the images will be uploaded to Earth one by one in the next few weeks”explains the Johns-Hopkins University Applied Physics Laboratory (in English).

More images are awaited. The Hubble and James Webb space telescopes scanned the event to assess the amount of material ejected. It is also the first time that the two machines have observed the same object at the same time, relieves NASA (in English).

The surface of the asteroid will be analyzed

The asteroid’s deviation is not the only point of interest for scientists. The look, surface and composition of Dimorphos also arouse their curiosity. “Asteroids are the bricks that formed our solar system”had reminded franceinfo Eric Lagadec, astrophysicist at the Observatory of the Côte d’Azur, during the launch of the mission. “As soon as we can approach them and observe them better, we learn more about its formation and evolution.”

Some shared and commented on the latest images transmitted by the ship, revealing the surface of Dimorphos. “I can’t wait to discover the uncompressed images”enthused planetary scientist Thomas Appéré on Twitter.

Here are the screenshots of the DRACO live stream that I was able to take just in the moments before the impact. We find the chaotic structure of the surface that we could see on the asteroids Ryugu and Bennu. I can’t wait to discover the uncompressed images! 29/.. pic.twitter.com/tGDNsitBJQ

Images of asteroid surfaces are rare. After traveling on the probe Japanese Hayabusa2, the A small Franco-German robot Mascot landed on the asteroid Ryugu, which lies between Mars and Earth, in October 2018. He had transmitted photos revealing a landscape similar to that shown by the Draco camera. The first samples taken, brought back to Earth in December 2020, began to reveal their secrets, France 3 Grand-Est reported in June.

The Osiris-Rex probe, which landed on the asteroid Bennu, shared photos of its surface in October 2020. After taking samples, the probe returned to Earth and is due to land in the Utah (United States) in September 2023.

A twin mission must be sent on the spot

The Dart mission was originally designed to work in conjunction with the Hera mission. They were supposed to take off at the same time, but in the end Hera should only leave in 2024. Her role is in no way secondary. She must “provide us with the detailed results of the impact, allow us to interpret the first measurements made with terrestrial telescopes and to extrapolate to other scenarios”explained Patrick Michel, main instigator of the Hera mission. “He’s a detective who will go to the crime scene to investigate. Hera will document what happened”he added to the microphone of franceinfo a few hours after the impact.

ESA’s Hera mission ➡️ “He’s a detective who will go to the crime scene to investigate. Hera will document what happened. It’s even more important given what we have since we no longer understand”, emphasizes Patrick Michel. pic.twitter.com/Nq8AvO9vyQ

The data collected by the Hera mission should make it possible to “to turn this large-scale Dart impact experiment into a well-understood and reproducible technique”. We haven’t finished hearing about Didymos, Dimorphos and this impact. 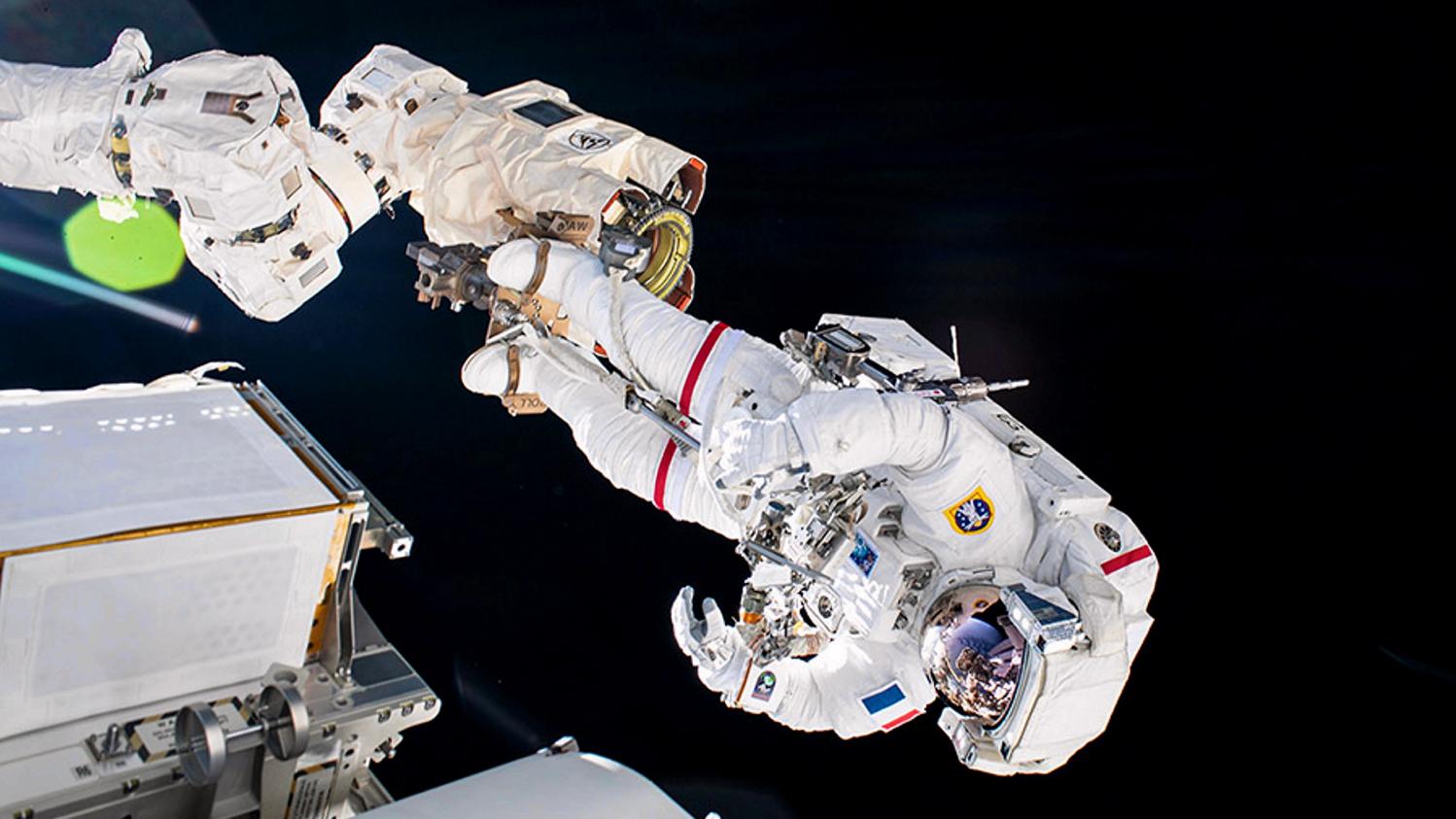 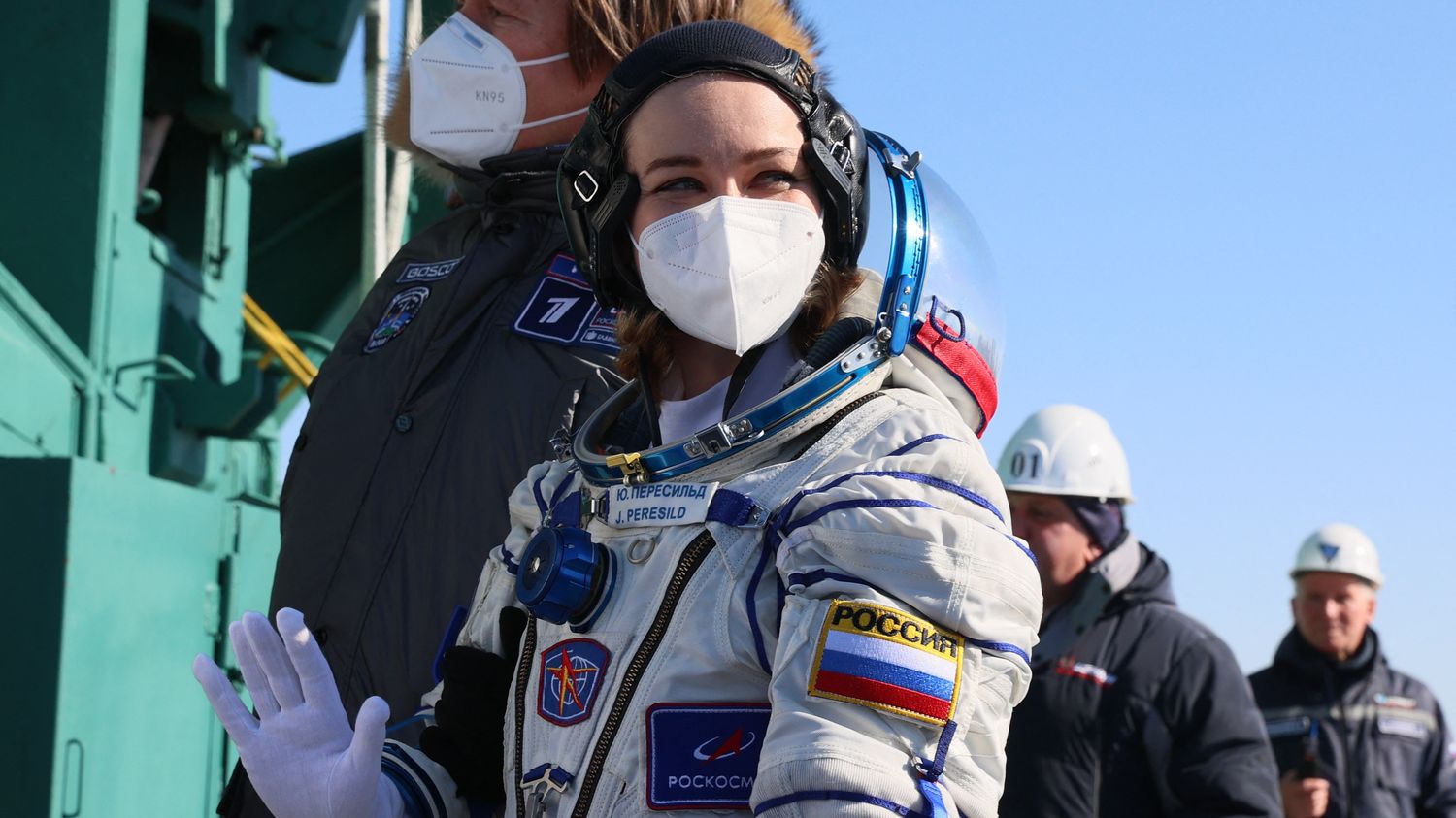 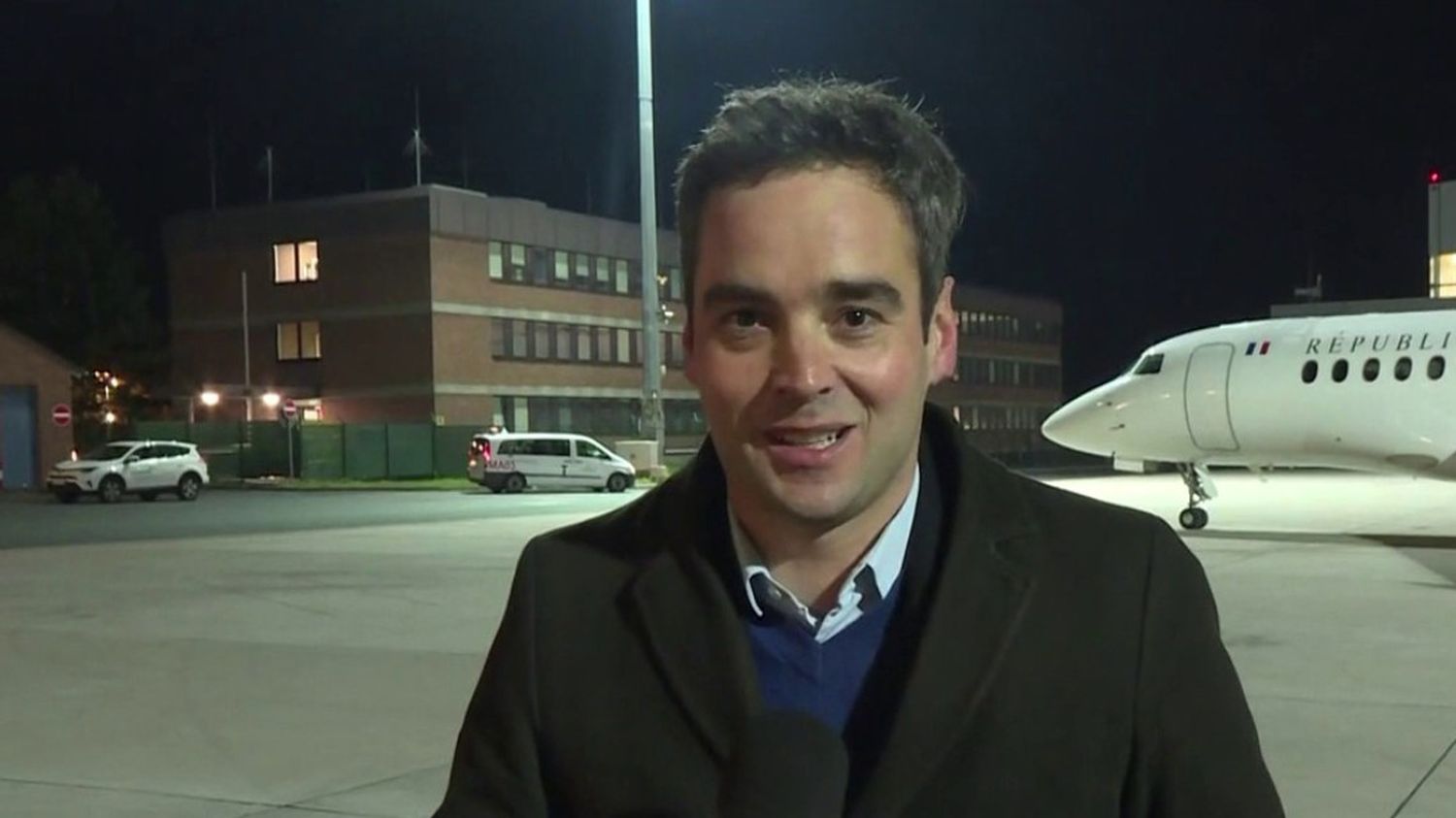 Posted the 10/11/2021 13:18 Franceinfo Article written by Thomas Pesquet is back on earth after his second space mission. Despite ...