A number of displaced people (most of them children) organized a vigil on Tuesday in one of the displacement camps in Marib to denounce the international silence towards the crimes of the Iranian Houthi militia.

In the sit-in, which was organized in Al-Sima camp in Al-Wadi district, the protesters demanded the need to put an end to the crimes of the Houthi militia against civilians and the displaced in Marib.

The statement said, “The intensity of the Iranian Houthi militia’s missiles and drones, which have targeted the areas and homes of residents south of Marib, for months, forced the people to flee to camps lacking the most basic necessities of life, without the intervention of relief organizations.”

The protesters confirmed The Iranian Houthi militia continues to target the displaced in the camp, and to harm them through booby-trapped planes and ballistic missiles on a continuous basis.

The protesters pointed out that the Houthi violations they were subjected to amount to war crimes, and called on the international community to seek redress for them from the criminals of the Houthi militia, and to classify it as a terrorist organization.

The protesters called on human rights organizations and bodies to help them convey their humanitarian tragedy to international forums and work to stop the Houthi bombing of their camp, which includes more than 1,800 families, as well as other displacement camps in the governorate.

A number of camps in Marib were subjected to Houthi bombardment during the last period, and a number of citizens and displaced persons were martyred and injured as a result of Houthi shelling and mines that were planted in roads and farms.

An international agency for children’s relief has warned that the sharp price of most commodities, foodstuffs and consumer goods in ... 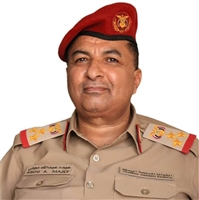 The spokesman for the armed forces, Brigadier General Abdo Majali, said that the army on various fronts of fighting continues ...

Today, Wednesday, in the city of Marib, the body of the hero martyr, Brigadier General Othman Al-Shayef, the operations of ...