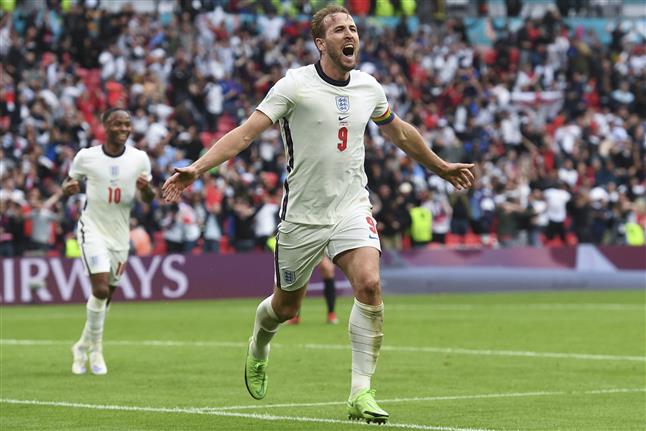 As the Wembley Stadium announcer roared the final score — “England 2, Germany 0” — Gareth Southgate’s vision was momentarily diverted from his victorious players to the big screen.

Shown beaming from the VIP seats, revelling in England’s passage to the European Championship quarterfinals on Tuesday, were David Beckham and Ed Sheeran.

Prince William, wife Kate and 7-year-old Prince George were also there celebrating, as fans just like their subjects rather than royalty.

But it was the sight of David Seaman that caught Southgate’s eyes and made him pause, to think back — in one of his greatest moments as England coach — to the pain of 25 years ago.

It was Southgate’s penalty miss at the old Wembley that denied an England side with Seaman in goal the chance to reach the Euro ’96 final.

“For the teammates who played with me, I can’t change that — so that’s always going to hurt,” Southgate said.

“But what this group of players has been able to do is give a new generation a lot of happy memories and another afternoon where they have made a bit of history.”

England is finally unburdened by the weight of its agonising history against the Germans.

This was a day more reminiscent, albeit with a long way to go in Euro 2020, of the 1966 World Cup final win over them on the same site.

Not that it came easily. Just like in England’s two group wins, Raheem Sterling was on the scoresheet, breaking the tense deadlock in the 75th minute. But this time Harry Kane finally scored his first goal at Euro 2020, easing the pressure on the 2018 World Cup Golden Boot winner’s shoulders.

“With all the expectation and pressure, we delivered,” Kane said. “It’s a moment none of us will ever forget. The perfect afternoon.”

It was England’s second-ever win in the knockout stage of the European Championship. The last such triumph came on penalties against Spain at Euro ’96 before the hosts were denied a place in the final by Germany in that shootout.

It was on penalties that Germany also beat England in the 1990 World Cup semifinals. Then there was the English goal wrongfully disallowed as Germany knocked the English out of the 2010 World Cup.

Now England will play Ukraine in the Euro 2020 quarterfinals on Saturday in Rome, eying a return to Wembley for the semifinals and the final.

It marked the end of the 15-year reign of Joachim Löw as the 2014 World Cup-winning coach takes time out to consider his next steps.

“We were not clinical enough,” he said. “The team needs to mature to be more successful.”

There will still be questions about Southgate’s team selection and persistence with Kane when he managed only one touch in the opposition penalty area in the first half. And it was a bad one, taking a ball too far past Manuel Neuer while trying to go around the goalkeeper.

But while Sterling’s goals are spearheading England’s progress at this largely-home tournament, the saves of Jordan Pickford are proving vital, too, including using one hand to push over Kai Havertz’s shot at the start of the second half.

The clamor to introduce Jack Grealish was growing in the second half. It’s what got fans chanting inside Wembley, with a crowd of about 40,000 the biggest in Britain since the pandemic began in March 2020.

The winger finally entered with about 20 minutes to go and played a role in the opening goal.

Sterling first took on the defenders, going past Antonio Rüdiger before passing to Kane, whose layoff to Grealish then went to Luke Shaw. And it was the left back’s cross that Sterling connected with, shooting past Neuer with his right boot.

“We knew the intensity we can play at,” Sterling said, “and not many teams can deal with it”.

For all the experience in Germany’s side compared to the youth of England, it was World Cup winner Thomas Müller who squandered a chance to equalize in the 81st minute. Clean through with only Pickford to beat, Müller put the ball wide.

Kane showed him how it’s done, heading in a cross from Grealish in the 86th minute to get the 35th England goal that eluded him at the group stage.

“When you’re a center forward it doesn’t matter what else you’re doing in the game,” Southgate said. “You need those goals.”

England has yet to concede in its four games. Just like at the 1966 World Cup — and that ended well.

“This,” Kane said, “will give us more self-belief going forward.” AP 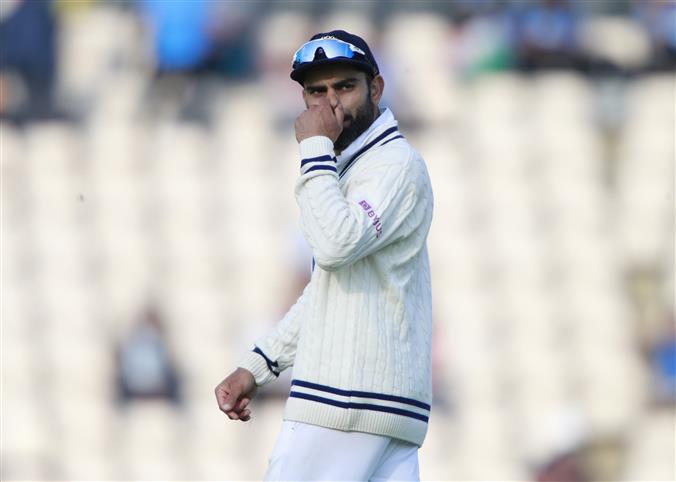 Southampton, June 24 India skipper Virat Kohli has indicated an overhaul of his Test team after a stunning loss to ... 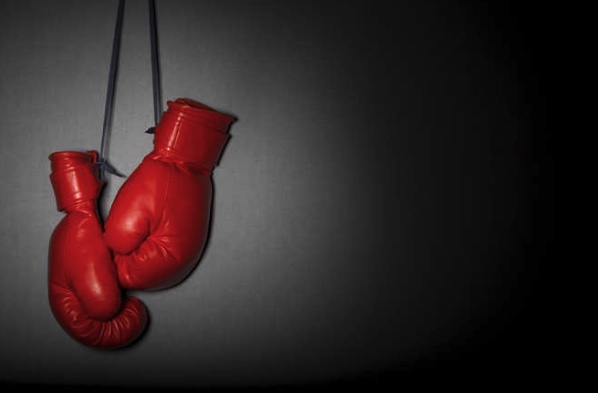 New Delhi, April 14 India were off to a perfect start at the youth world boxing championships in Kielce, Poland ... 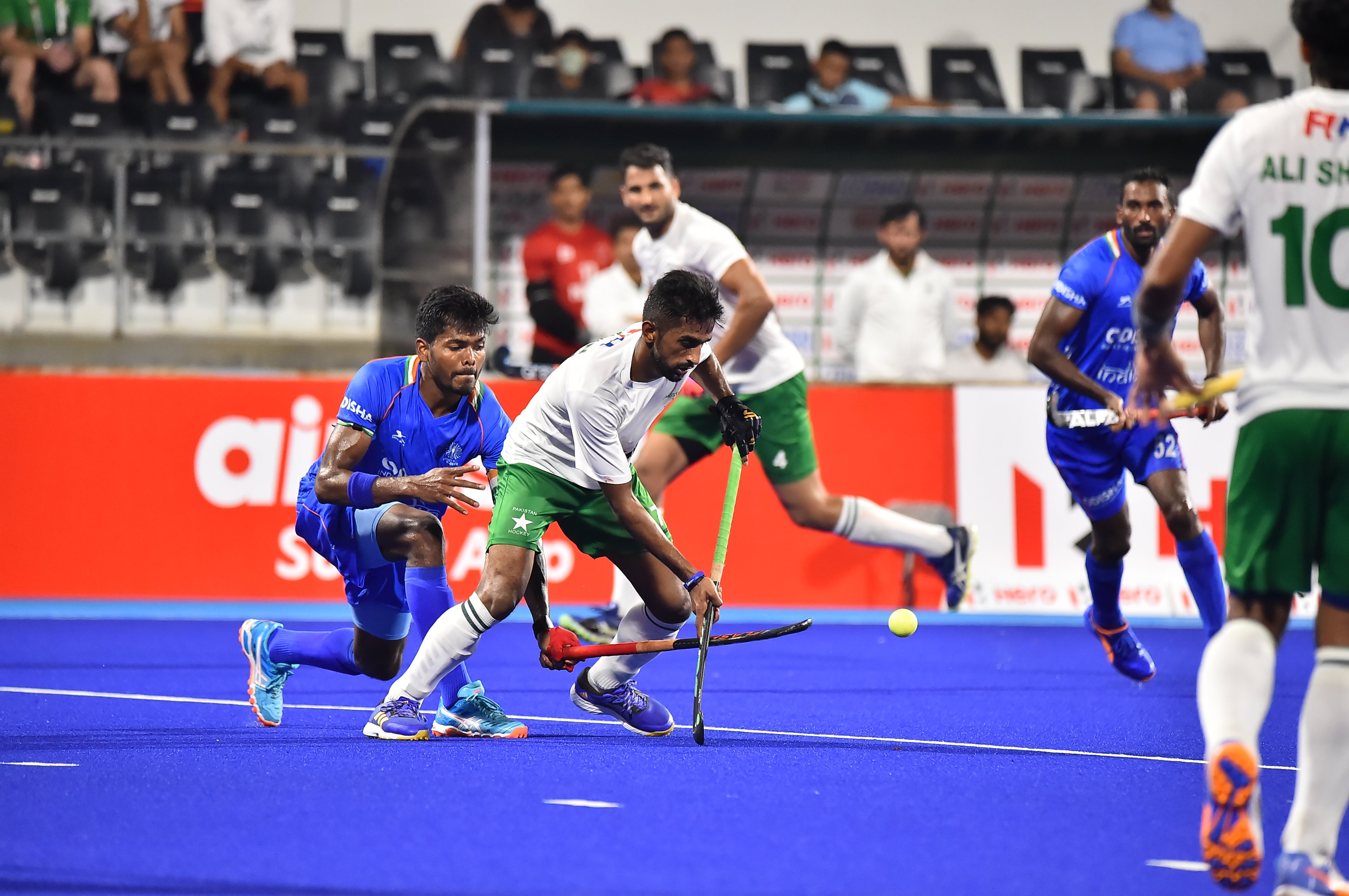 Jakarta, May 23 Defending champions India conceded a late goal to allow arch-rivals Pakistan walk away with a 1-1 draw ...