Top Stories Epidemics of “measles and smallpox” spread in Sana’a, and the Houthi militia continues to prevent vaccinations from children

Epidemics of “measles and smallpox” spread in Sana’a, and the Houthi militia continues to prevent vaccinations from children

The child “Rakan” suffers from the smallpox epidemic disease, and for this reason his mother runs him from one clinic to another to save him from the severe itching that deprived him of sleep and his mother was also deprived. Rakan is a victim of underdevelopment. It is infection.

During her speech to Al-Sahwa Net, she said, “I cannot sleep and my child is screaming from pain and itching to the point that the pills in his body explode with blood. This could have been avoided with just a small dose, but his father believes that vaccines contain diseases because they are coming from abroad.”

She added, “Now when Rakan fell ill and we healed him, were the medicines that were given to him from abroad, or were they made from Sa’ada?”

Smallpox and measles infection recently spread in the capital, Sana’a, among children, causing a state of confusion among their families, especially mothers. This made doctors warn of an increase in the number of infected children due to the wave of infection.

The father of one of the children infected with measles indicated that it was the first time that his child contracted this disease, denying that his three-year-old child had been given any dose of the vaccine because it “comes from America and Israel,” as he put it.

The child’s mother says that the father’s decision not to vaccinate his son has caused a violent quarrel between them, so her husband, as she says, believes that Abdul-Malik al-Houthi’s words are like the Qur’an, and falsehood does not come to him from his hands or from behind him, and the result is that her poor child has measles and lives these days isolated from the closest people. him for fear of transmission of infection.

Since their arrival in Sanaa, the Houthis have launched media and propaganda campaigns against childhood vaccination doses of all kinds and order their followers not to take these vaccines under the pretext that they come from “arrogant” countries and are full of diseases, which led to the spread of diseases outdated for centuries such as measles, smallpox and whooping cough, Ibrahim said. , a citizen residing in Sanaa, said that yesterday evening, Friday evening, he tried to take his child to the clinic because of his continuous screaming as a result of being infected with smallpox, but he could not find a dermatologist or a pediatrician, so he had to take him to a private hospital for a large sum.

. added “I regret that I did not feed my child against these diseases that ended hundreds of years ago. Now I am paying the price with my money and the health of my children.”

From a medical point of view, depriving children of vaccinations is tantamount to depriving them of education or food, according to the words of Dr. “Sumaya”, a pediatrician. The child needs protection as much as he needs food and education, and these campaigns launched by the Houthis against vaccination aim to destroy childhood just as they do on the fronts. Talking about vaccines containing harmful substances is nonsense.

“The reason is simply that all medicines come from abroad, including children’s medicines, so who is prevented from adding these substances to medicines instead of vaccines? There is a crime committed against children and UNICEF must assume its responsibilities.”

The Yemeni Ministry of Health had held the Houthi militia fully responsible for the continued prevention of vaccinations for children in the governorates under its control. 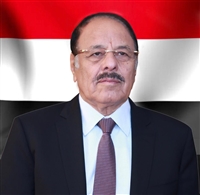 The Vice President of the Republic, Lieutenant-General Ali Mohsen Salih, urged the Ministry of Interior to do its best More ...

The Governing Council of the Inter-Parliamentary Union approved the report of the Human Rights Committee of the Union, which includes ...

On Wednesday, the United Nations called for $4.3 billion to help 17 million people this year in Yemen. UN Under-Secretary-General ...