Exploiting the suffering of citizens and trading it..Houthi paper for outrageous wealth 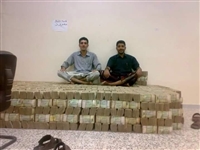 Since its coup against state institutions in September 2014, the Houthi militia has continued to exploit and trade in the suffering of citizens, looting the salaries of employees, citizens’ properties, and the revenues of government institutions and harnessing them for the benefit of their leaders and fueling their wars against the Yemenis.

At a time when local reports indicate that the youngest Houthi supervisor receives millions of riyals per month from the authority or the ministry in which he is located, in conjunction with the unprecedented purchase of real estate, land and luxury villas by the Houthis, the United Nations warns that more than half of the population of Yemen is facing danger. Severe hunger, and half of all children under the age of five, 2.3 million children, are at risk of starvation.

Observers believe that the Houthi militia is the biggest winner from this catastrophic situation by continuing to justify the looting of wealth and impoverishment of the people under the pretext of “aggression” and the use of the humanitarian card as a means to earn more money.

A recent economic report confirmed that the coup militias are using the war that they ignited as a primary means to enrich their leaders and supervisors, revealing the emergence of a class of new wealthy among the ranks of the group as a result of the current war that has been burning for eight years, stressing that the militia is still working to promote the survival of the situation in this state. , and even pushes it to exacerbate it further; to ensure the continuity of its interests.

The annual economic report issued by the Center for Studies and Economic Media under the title “Yemeni Economy 2021… The War Economy and the New Rich” revealed the great wealth of influential networks close to the militias through a series of commercial and investment activities enhanced by influence and proximity to the group’s leaders and the role they play in feeding the war.

The report talked about the establishment of 1,023 commercial companies between 2015-2021, revealing that most of these companies are concentrated in the capital, Sana’a, and in the governorates of Amran and Saada (the stronghold of the militia).

The Houthis took advantage of the truce and resumed commercial flights through Sana’a International Airport to earn more money, deprive many citizens of travel, and set blacklists for anyone who does not go according to their whims, which contradicts the “humanitarian goal” with which the militia trades to achieve political interests, and opens the door wide for the Deduce the real motives from the Houthi requirement to open the airport to agree to the armistice.

According to press reports, the Houthi coup militia has formed a committee through which fees are imposed on everyone wishing to travel according to special criteria, and the sources suggested that the committee may be one of the collection tools for the militias.

The Houthi militia has been blackmailing the international community with the “Sana’a Airport” file for several years by raising the shirt of the “humanitarian situation” and exaggerating the effects and repercussions of stopping flights on the population, at a time when the legitimate government and the Arab coalition had serious reservations and fears about it, the most important of which was using it for military purposes, which was proven true. She was taking advantage of the humanitarian situation to pressure to open the airport in order to use it to smuggle weapons and money and bring in foreign fighters.

Despite the truce that provided for the payment of salaries, the Houthi group still refuses to pay the salaries of the employees it cut under the pretext of “aggression” and demands the legitimate government to pay them, while keeping the port of Hodeidah and the taxes and communications royalties in their hands.

Last April, the head of the Leadership Council, Rashad Al-Alimi, said that it had been agreed with the United Nations that the customs of ships arriving in Hodeidah during the truce period would receive the salaries of Dallah employees in the Houthi areas.

A previous official document shows that the Houthi group collected customs duties at the port of Hodeidah, an amount of 9 billion riyals in just one month in 2017, with a total of 108 billion riyals annually.

Estimates indicate that the revenues that the group obtains from the customs of the port of Hodeidah doubled during the recent period, with the increase in the port’s activity in handling the movement of goods, receiving most of the international aid, and fuel ships. The Red Sea ports, which are Hodeidah and Saleef, received during 2020, according to the United Nations, about 60% of the total food imports to Yemen.

The report of the United Nations team of experts on Yemen issued in 2019 said that, according to the available data on the quantities of fuel that entered through the port of Hodeidah, in 2018, the Houthi group obtained about 132 billion Yemeni riyals in exchange for fees on oil derivatives received through this port only.

The revolutionaries looted not only the revenues of state institutions, but also looted humanitarian aid, as the Houthi militia is active in exploiting the displacement card and looting the aid allocated to the displaced and trading in their name, and transferring millions of dollars provided to the displaced in favor of the group, while the displaced do not find anything to feed and protect their children free summer and winter cold.

This comes at a time when the number of displaced people as a result of the coup has risen to 4 million and 200 thousand people, as the United Nations High Commissioner for Refugees reported, via Twitter, that it “reported the displacement of 1200 families as a result of the war, during the first two weeks of this year 2022.”

She added that “these were mainly displaced from the governorates of Shabwa, Marib and Hodeidah,” which are the areas against which the Houthi group is waging a violent war, while thousands of Yemenis resort to deserts and mountains to escape the ongoing fighting and seek safety.

The exploitation of the Houthi coup militia did not stop there. Rather, it reached to exploiting the roads and exacerbating the suffering of citizens by establishing customs and imposing additional illegal fees on commercial goods and collecting customs duties that the legitimate Yemeni government had decided to exempt traders from paying to alleviate the suffering of citizens.

The sources confirm that the financing of the Houthi militia consists in paying customs on goods at checkpoints and roads linking Yemeni cities, which the Houthis controlled, bearing in mind that these customs were paid at the official land and sea ports.

Most of the money that the Houthi militia collects goes to supplement the fighting fronts and finance its wars against the Yemenis, while the militia has refrained from paying the salaries of employees in its areas of control since its coup against the state.

The coup militias worked to revive the black market under the auspices of the Houthi militia leaders, as a parallel market to develop their investments and finance their activities, with the closing of some oil derivatives filling stations and the return of long queues of cars and vehicles in front of some stations.

The militias imposed levies under various names, most notably supporting the war effort, so that the militia asks individuals, businessmen, and government and private institutions for direct donations to finance the military fronts, in a way that refers to an “integrated militia economy” that achieves two goals, the first of which is to prolong the period of seizure of constitutional legitimacy, and the second Get money and get rich for its leaders.

Today, Friday, the United Nations decided to include the Houthi coup militia on the list of groups that violate the ...

Marib Governorate Undersecretary for Administrative Affairs Abdullah Al-Bakri called on the political parties and elites to stop quarrels and rise ... 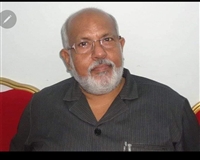 He passed away and left a profound impact on the souls of the generations who studied at his hands, as ...