Citizens uncovered a car theft gang in Ibb Governorate, central Yemen, in light of overwhelming chaos in the governorate under the control of the Houthi militia.

Informed sources said that the car theft gang is taking Al-Qafr district, north of Ibb governorate, as its headquarters, and it is sheltering with Houthi executives and leaders who share money and thefts with them, in light of the escalation of thefts, looting and robbery of citizens’ property in various directorates of the governorate.

The sources reported that the car theft gang had stolen the car of the citizen “Muhammad Ghaleb Hammoud” in the Al-Aden District, west of the Ibb governorate, and it was transferred to the Al-Qafr District, while the security forces under the control of the Houthi militia refused to leave and arrest the perpetrators and recover the stolen car, despite giving them all the information related to Perpetrators, crime and incident details.

On another issue, the enforcers attacked the main street in Al Mughaira area in Ibb city, in light of directives from works to stop the innovations and preserve the public street.

Informed sources confirmed that the influential attackers on the street in the “Mughaira” area are sheltering with powerful Houthi leaders and encouraging them to loot and attack the street in a way that has aroused widespread resentment and anger among citizens.

A wish that I wish was fulfilled; But did the colonial powers allow this!? What for us and the forces ... 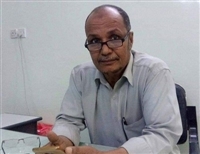 The assistant secretary of the Yemeni Gathering for Reform in the Wadi and Hadhramaut Desert, Engineer Rabie Basyoud, said, “The ...

Since the entry into force of the UN truce in Yemen, the Houthi siege on the city of Taiz has ...