Top Stories February 11 Challenges and ambitions.. a political symposium in the city of Taiz

February 11 Challenges and ambitions.. a political symposium in the city of Taiz

The Supreme Coordination of the Yemeni Revolution – Youth in Taiz Governorate organized this morning a political symposium within the framework of the celebrations of the Yemeni people and the components of the revolution, on the eleventh anniversary of the February 11 revolution.

The symposium was titled《February Present challenges and future aspirations》, It was held in the hall of the temporary governorate building, with the participation of prominent figures in the peaceful youth revolution, and an official and elite presence.

The symposium included 4 papers, the first of which was presented by Professor Aiban Al-Samii, a member of the National Dialogue Conference, who spoke about February between the aspirations of the revolution and the calculations of politics, and said, “The revolution was not a reaction or a passing moment, but rather the accumulation of many motives.” He continued by saying, “No one would have imagined that the people would break the wall of silence and the barriers of great power.”

Al-Sami’i pointed out that “the revolution has not fully achieved its goals yet, but it has not failed, and the results achieved by the revolution are many and multiple, the most important and highest of which is the creation of awareness,” pointing out that the act of resistance is an extension of the February Revolution.

He concluded his participation with recommendations for the February revolutionaries to continue and work to end the war and all its manifestations, to achieve the goals of the revolution, and to reach the civil state.

In the second axis, which was titled “The Houthi group is a revolutionary entity or a role bombed by the revolution,” Dr. Ismail Al-Khali, a leader in the February revolution, answered the question, certainly first, that the revolution had a clear orientation not to prevent anyone from joining it, and to provide an opportunity for everyone. 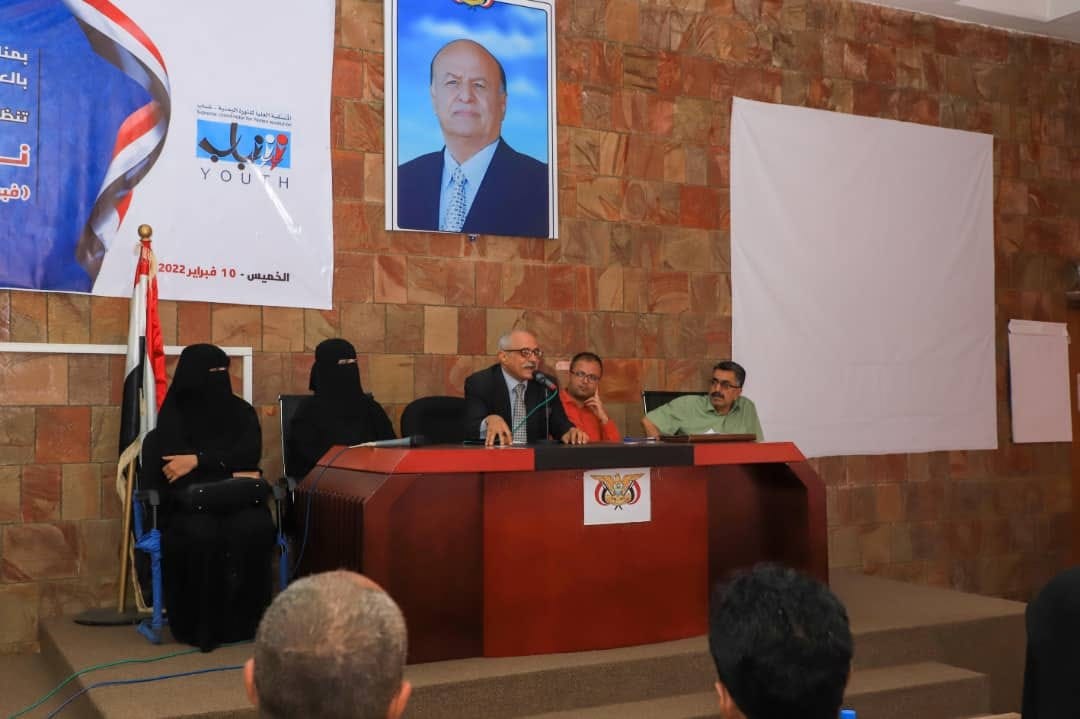 In addition, the third axis reviewed the importance of the unity of the Republican class, as a national duty, which was presented by Professor Arwa Wabel, a member of the National Dialogue Conference. February represented a state of pride for the fair Yemenis.

She was surprised by the reason that prevents Yemenis from lining up against Al-Houthi, whose crimes have reached such heights, as February is nothing but an extension of the September and October revolutions. She considered the alignment against the Houthis a national duty, to preserve the state, the republic and the values ​​of coexistence.

Regarding February’s roles in the face of the challenges created by the war, Engineer Sultan Al-Hakimi, Chairman of the Coordination Council for Trade Unions and Civil Society Organizations, said in the last paper of the symposium that the state, parties, youth and organizations are at a difficult test that must be taken seriously. Considering the February Revolution as a bridge to salvation, no matter how dark the reality is because of the war.

Al-Hakimi continued that the real ambitions are to find a state and it must have leaders that the people trust in, and that there are two main keys to achieving real advancement, which are science and the judiciary, calling for national loyalty above all loyalties and considerations.

The director of the symposium, Ms. Sarah Al-Farhan, opened the door to the participants’ interventions to enrich the axes and ideas put forward, who emphasized that the February Revolution broke the barrier of fear among the people and made fear among officials and rulers. They reviewed a number of challenges facing the February Revolution, in a manner similar to an interim assessment of the revolution and the current situation. 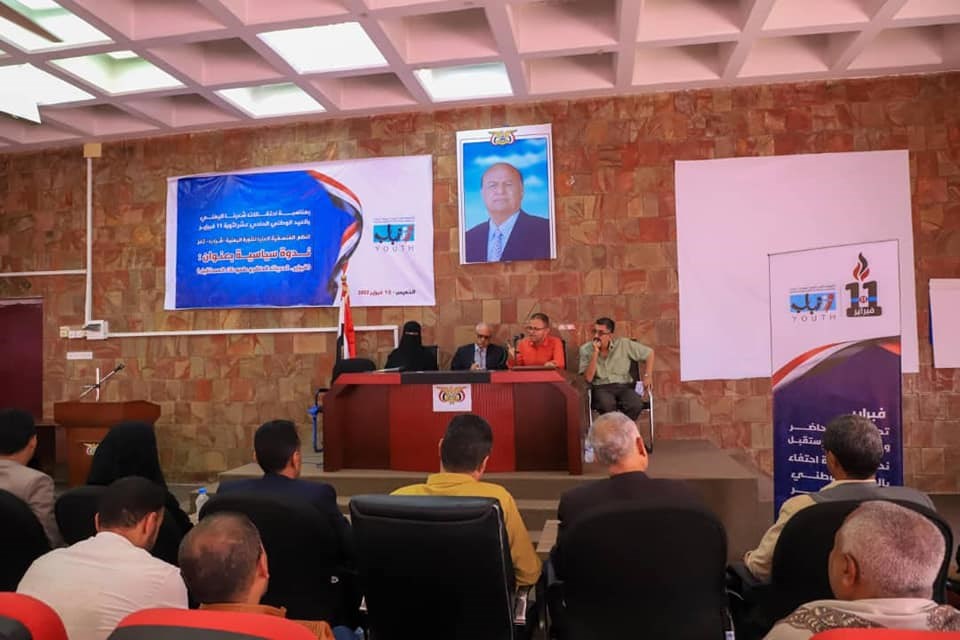 Millions of Yemenis live in Hodeidah, which is under the control of the Houthi militia, in miserable living and humanitarian ...

Prime Minister Dr. Maeen Abdul-Malik called on international and international organizations to respond to humanitarian calls to support the efforts ...

Today, Monday, the Kingdom of Morocco affirmed its support for the unity, security and stability of Yemen, stressing the need ...