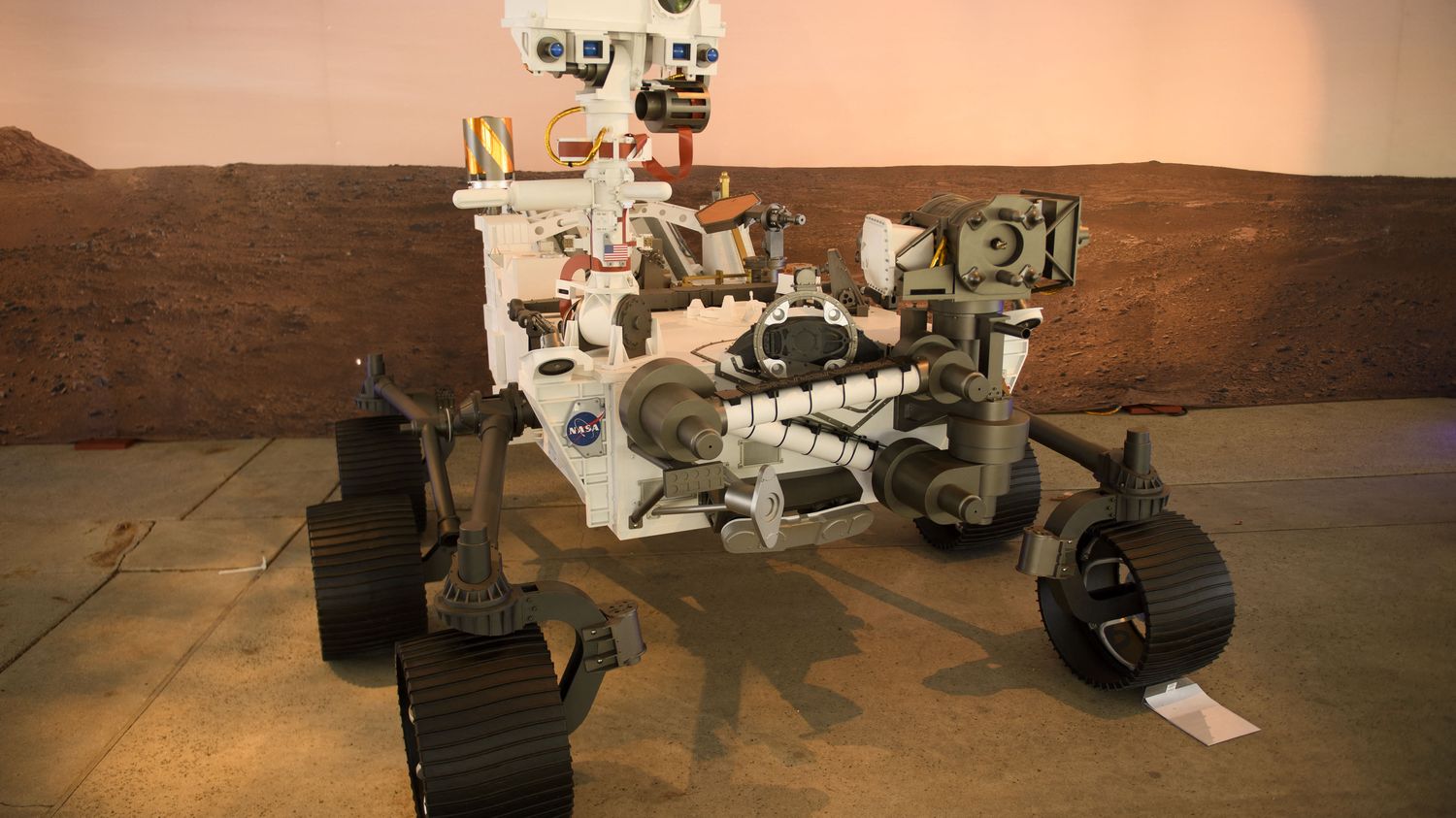 Eighteen seconds, a hum in the background, then suddenly the sound of a small gust of wind … NASA broadcast, Monday February 22, the first audio recording ever made on the surface of the planet Mars. A big step for humanity made possible by the Perseverance robot, which landed on our neighbor in the solar system on Thursday.

Now that you’ve seen Mars, hear it. Grab some headphones and listen to the first sounds captured by one of my microphones. https://t.co/JswvAWC2IP#CountdownToMars

But behind the scientific and technological prowess, what is the point of embarking a microphone in this new mission? What can we learn from this short excerpt and the upcoming Perseverance recordings?

To find out, franceinfo interviewed Frenchman David Mimoun. Teacher-researcher at Isae-Supaero in Toulouse, he was the scientific manager during the design of one of the microphones on board by Perseverance – not the one that took the 18 seconds of sound published on Monday, but another which will be crucial in pursuit of the Martian mission.

Franceinfo: How did you feel when you heard the first sounds recorded on Mars?

David Mimoun: Note that there are two microphones on Perseverance. The sounds published by Nasa are those of the EDL, the one responsible for recording only the descent and landing, which they managed to turn on, but which did not go very well.

In fact, I first heard the sounds from the other mic, ours, a little earlier on Saturday morning when we tested it. I was especially very happy that the instrument works. As the microphone was then hidden, the sound is more muffled so we did not want to publish it.

We are waiting for a more meaningful sound. This will be possible as soon as the rover’s software has been updated, which takes a short week. But I hope we have something for you soon.

So this first sequence broadcast by NASA is not very interesting for a scientist?

No, in the recording, there is especially the sound of Perseverance, even if we hear a little something elsewhere [“Un petit vent”, selon la Nasa, qui a diffusé une version filtrant les sons du rover]. We have to wait until the instruments are really deployed. Especially with our microphone, perched on top of a mast, we will hear less the sound of the rover.

What interests us is not so much to have the first sound of Mars, but to have all the sounds of the planet.

“The mission is to last two years and the microphone will record all this time. This is where we will learn things.”

We open a measurement window in another world, a new science is beginning.

What can we learn from Mars and the possibility that it harbored life by listening to the sound on its surface?

The microphone has three objectives. The first is to serve as a complement to SuperCam in its mission to select the samples to bring back to Earth.

“The mic will help measure the hardness of rocks. If you ‘knock knock’ on a surface, depending on whether it is hard or soft, it won’t make the same sound.”

In this case, the operation of SuperCam is to shoot with a laser, up to 7 meters away, to vaporize the rock and be able to analyze the color of the smoke. The microphone is used to hear the sound of the rock at that time, which helps determine, from a distance, its hardness and the type of mineral. We have a doctoral student who for three years studied the sound of different rocks [il raconte son travail sur le site du CNRS].

The second objective is to study the properties of the Martian atmosphere. The speed at which sound travels when you shoot a laser, the turbulence of the atmosphere, the speed of the wind. This time, it’s not for looking for life on Mars, but rather for studying the planet to better compare it to Earth. Mars is a bit like our little sister, it bears witness to a number of processes that took place at the beginning of Earth’s life. These data will be studied by my institute, Isae-Supaero, but also shared with a network of hundreds of scientists around the world.

Finally, once we installed the microphone on board Perseverance, the other teams came to see us to tell us that they would like to have the sound of their instruments recorded. If something is wrong, it will get along very quickly. This is the third objective.

Do we already know if sound on Mars has different properties?

Yes, because the Earth’s atmosphere has a pressure of 1000 millibars, while on Mars, we are at 6 millibars. It is as if you are 50 km above sea level on Earth. The Martian atmosphere is therefore very thin, which means that the sound propagates less well there, in the same way that there is no sound in absolute vacuum.

“Most of the Martian atmosphere is carbon dioxide, which has the bad idea of ​​muffling high frequencies. So the sound you hear on Mars is a bit muffled.”

So it was necessary to adapt the design of this microphone to the particular conditions of Mars?

Yes, we took a commercially available mic, which you could order from an electronics supplier, and transformed it. For example, it was necessary to change the tin solders, which cause short circuits when they are put under vacuum. For the connection with the SuperCam, we used a cable that conducts current, but not heat, to adapt it to temperatures on Mars. We also exposed the microphone to radiation and removed the parts that were not working. To validate its design, we also made recordings by placing our laser and our microphone in Martian chambers. [qui simulent les conditions de la planète rouge], notably in Aarhus in Denmark.

Was it obvious to equip Perseverance with microphones?

No, this story was very complicated. Until now, we didn’t really have any sound from Mars, only vibrations picked up by the Insight mission that had been transformed into sound. There have been attempts: a microphone crashed with the Mars Polar Lander probe, in 1999, and another on the Phoenix probe was never turned on for fear that it would cause a short circuit.

This time, NASA was very reluctant, considering that the scientific return would be insufficient. With Sylvestre Maurice [le chercheur français qui a dirigé la conception de SuperCam, l’outil auquel appartient le micro], we worked a lot to convince them.

“We had to show NASA that carrying a microphone made scientific sense and that it was going to work.”

It is then that the team in charge of the descent imager has, a little at the last moment, added another microphone [qui a capté l’enregistrement diffusé lundi], because they thought it might be nice to have a soundtrack of the descent. 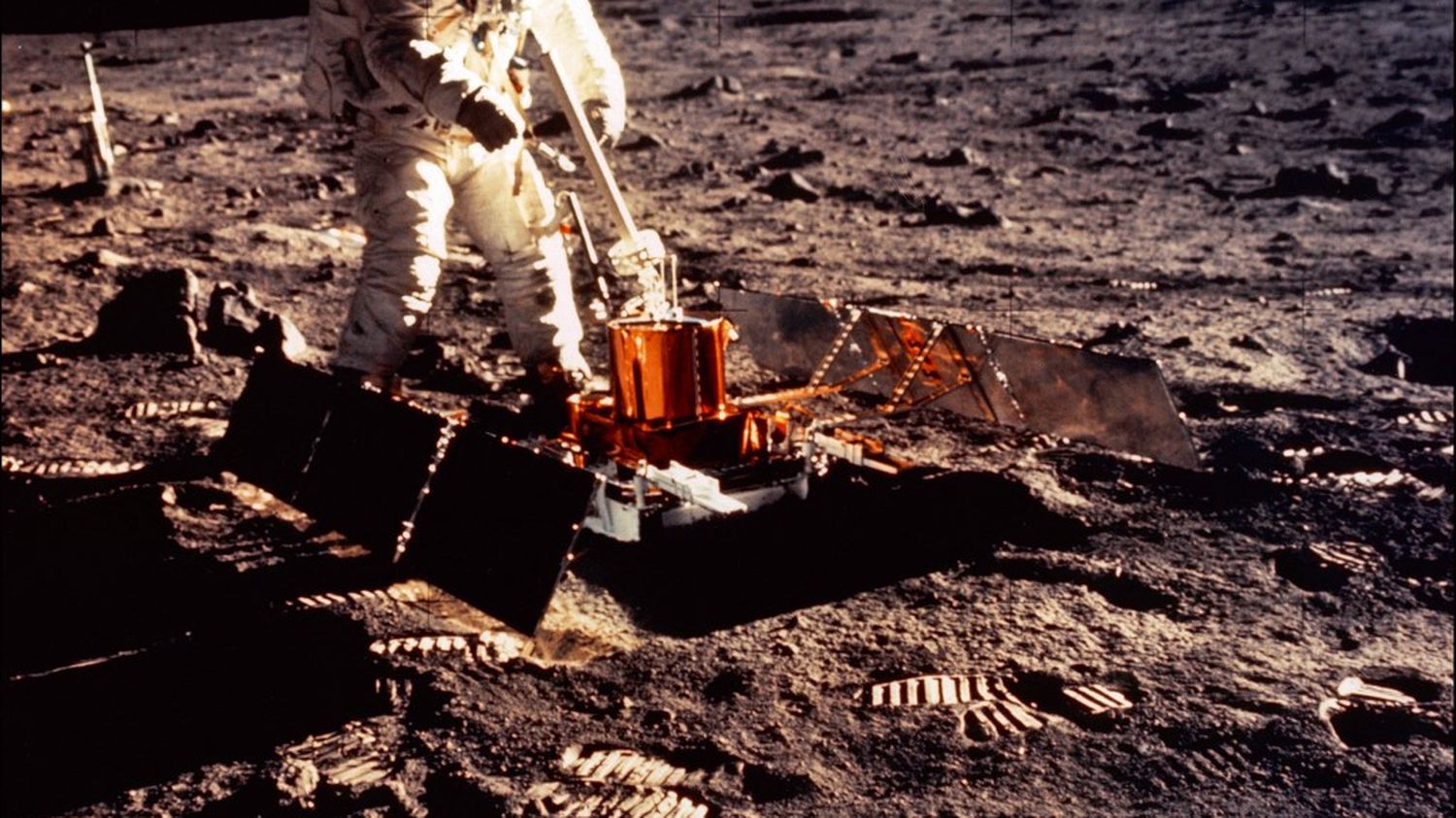 “They came one after another through the sky to visit you”, sings Guy Béart with regret, noting that now we ... 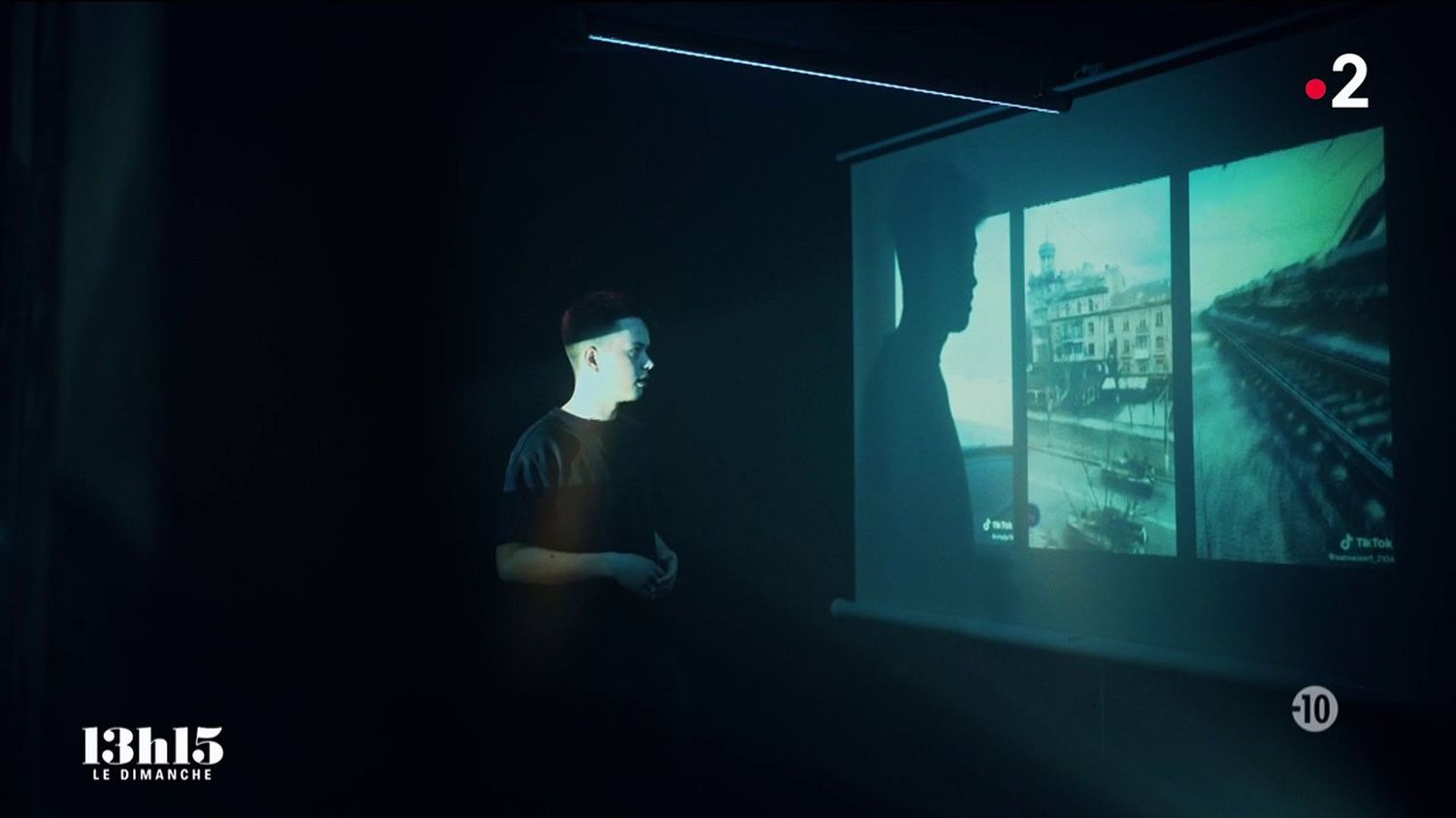 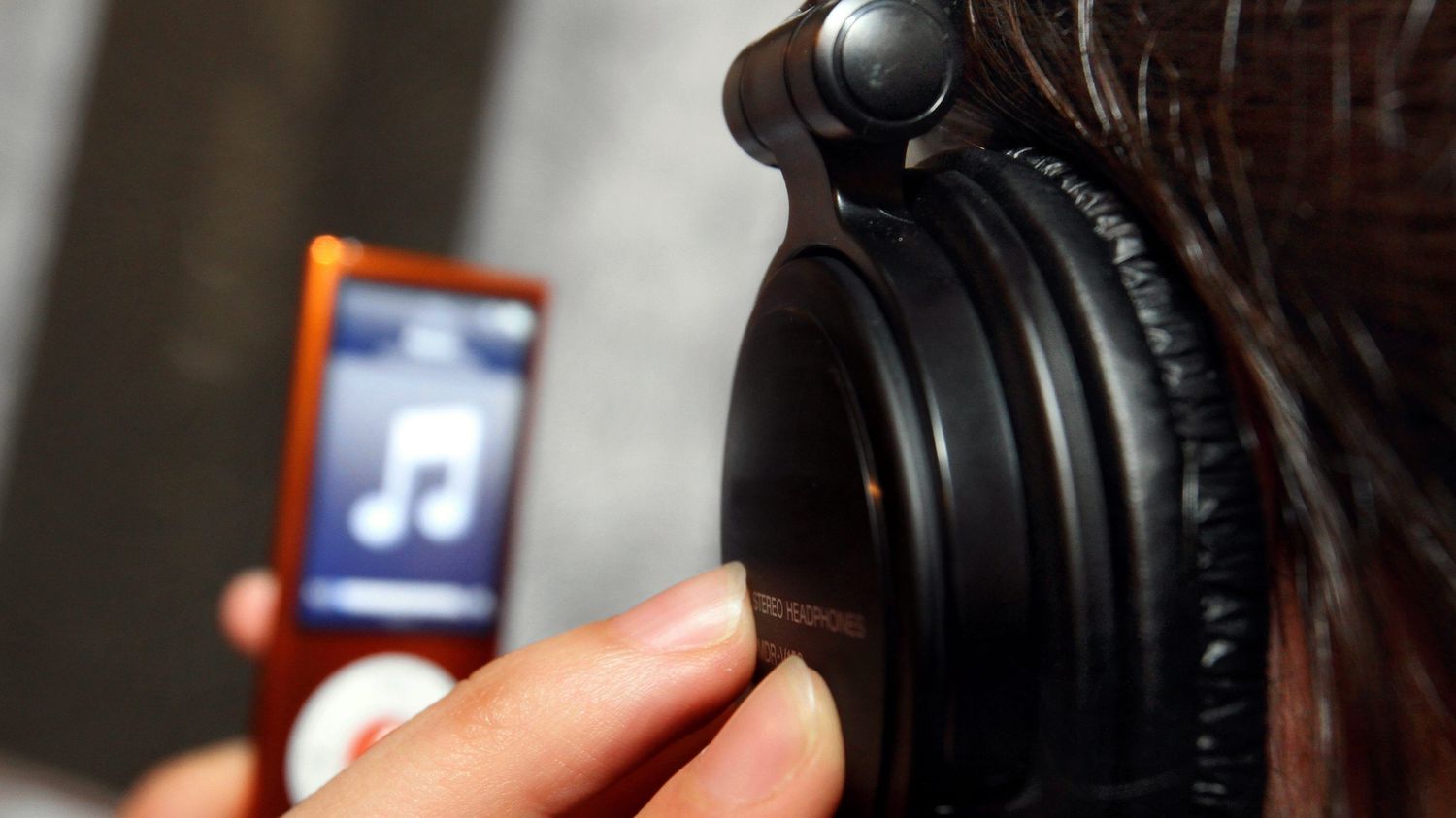 Pop corn by Hot Butter, Baby Shark from PinkFong, etc… In two seconds, we have these songs in our head ...