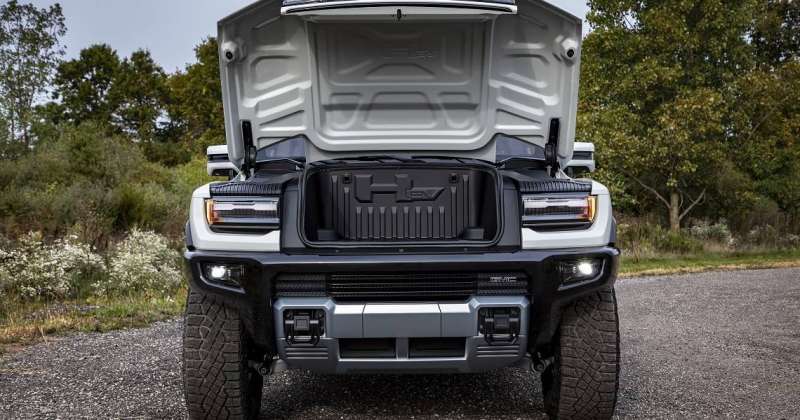 Rios: ideal for clients who want to enjoy capability, efficiency and performance

Oppenheiser: Our goal is to innovate with enormous potential over rough terrain around the world

GMC has presented a “Hummer EV” electric vehicle for the year 2022, from the first edition “Edition 1”, which is the first super truck of its kind developed to draw new roads without any emissions.

This truck will be the first fully electric addition to the GMC group, which is based on next-generation electric propulsion technology, which provides unprecedented off-road capabilities, exceptional off-road performance, and an immersive driving experience designed to put passengers at the center of every moment. . 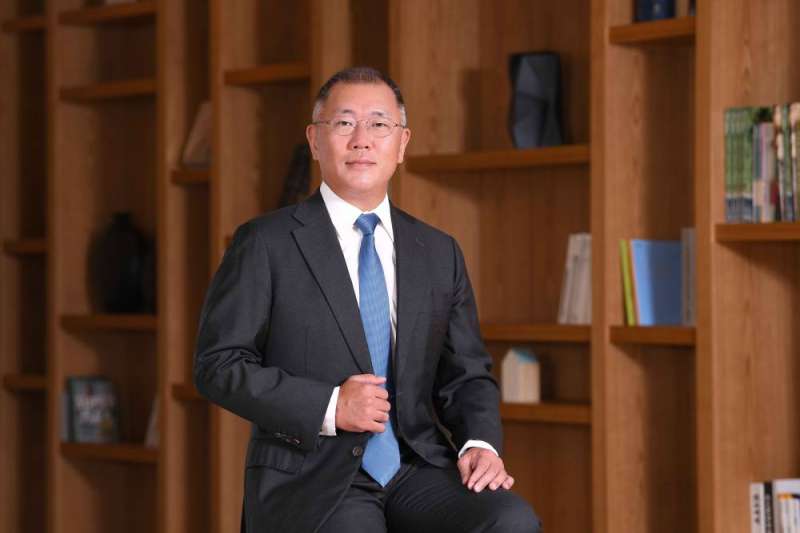 General Motors President Mark Rios said that this innovative truck comes to the market with speed and a specific target, and brings General Motors closer to an all-electric future.

He added that, by engineering “Ultium Drive” as the basis for exceptional wide-range performance, “Hummer EV” is ideal for customers who want to enjoy the capabilities, efficiency and performance.

The “Hummer EV” will get power from the all-new “Ultium” batteries from General Motors, and the thrust from the “Ultium Drive” system, which is the exclusive “EV” electric drive units from the brand.

And through 3 separate generators within two “Ultium” drive units, the best-in-class power is generated by General Motors at 1,000 horsepower, and GM’s torque is estimated at 11,500 pounds-feet, to give the e4WD system to four-wheel drive in the “Hummer EV” Outstanding capabilities on the road and off-road.

An additional suite of targeted and intuitive technologies will complement the range and capabilities of the truck to enhance every journey and take it to greater heights.

For his part, GMC Hummer EV chief engineer Al Oppenheiser said, “We had one goal for the Hummer EV, which was to create the most capable truck ever built directly from the factory, which is a real beast over rough terrain with the system Unique to four-wheel drive (e4WD) electrically provides flexibility unlike anything (GM) has previously provided. ”

He stated that the GMC Hummer EV was designed to be the ideal super truck for off-road terrain, with all-new features developed to challenge obstacles and difficult paths.

The most prominent characteristics

– Four-wheel steering, exclusive in its class, with the feature of inclined belt (CrabWalk1), which is an exclusive feature within the category that allows the rear and front wheels to be directed at the same angle when traveling at low speeds, which enables the vehicle to move diagonally, which enhances the maneuverability on many challenging roads.

Adaptive Air Suspension, with optional segment-leading Extract Mode 2, enables the suspension to be raised by about six inches (149 mm) to help the Hummer EV deal effectively with very difficult off-road conditions such as overtaking Rocks or dive into the water.

Goodyear Wrangler Territory MT tires with a total diameter of 35 inches are standard, and the ability to install tires measuring 37 inches, which gives exceptional strength and flexibility to enhance maneuverability to the maximum in parallel, with the capabilities of “Hummer EV” unprecedented over rough terrain, including vertical climbing At 18 inches high and over two feet in water.

– System «UltraVision4», which includes new front and rear cameras under the chassis, with a direct vision feature, according to the concept of virtual monitoring, to help drivers overcome obstacles and place wheels on and off the road.

– The cameras under the body are distinguished by being within units that assist in the protection from damage, and equipped with a washing feature to help remove dirt, with the “Hummer EV” enjoying the best number of scenes in its class through the cameras, with up to 18 to help enhance the driver’s awareness of the surrounding area.

The automotive industry-leading fast charging capabilities, combined with an all-new “Ultium” battery from General Motors, and advanced technical characteristics are harmonized together to provide maximum capabilities with an ideal range.

The advantages of the first edition, Edition 1, include the e4WD four-wheel drive system with three generators that will provide the equivalent of power estimated by General Motors at 1,000 horsepower and torque estimated by the brand at 11,500 pounds-feet.

This comes in addition to being able to carry out rapid DC charging with a power of 800 volts up to 350 kilowatts. The leading technology in the automotive sector mechanically switches the batteries from the parallel to the serial mode during charging, making the Hummer EV compatible with the fastest DC chargers. »With a power of 350 kilowatts, which enables it to cover a distance of approximately 161 km after charging for 10 seconds. The vehicle features a drive system with a dual-beam “Ultium” battery with 24 units, which provides excellent range and power to three generators, and an e4WD four-wheel drive system that provides the equivalent of 1,000 horsepower and 15,591 Nm of torque, according to GM estimates. .

The vehicle is available with a driving range of more than 560 km, according to GM estimates, when fully charged, based on initial tests.

The latest version of “Super Cruise 8” is an optional feature to assist the driver, allowing hands-free driving on compatible roads of more than 200,000 miles (about 320,000 km), and the automatic switching feature for new lanes, so that the system can determine the optimal time to switch lanes. The maneuver is thus activated, while the procedures for operating the indicating lights are followed.

Available on the road this revolutionary performance from the truck through the exceptional electric power «EV» of the next generation, as it has a striking design and an unmistakable stance, and will place the driver at the center of every moment.

Among the highlights of the Edition 1, the “Watts to Freedom 9” experience, an immersive driver-choice experience that unleashes the full acceleration capabilities of the electric propulsion system “EV”, including the impressive performance of acceleration from 0 to 100 km / h within 3 Seconds, according to General Motors estimates.

This comes with Drive Mode Control, which provides driver-selectable modes to customize performance, including torque separation between the front and rear wheels, and steering modes across all four wheels for different driving conditions.

Terrain Mode raises the ride in the Hummer EV by two inches, while Adaptive Ride Control is assigned to continuous damping control that is customized for both on-road and off-road driving conditions.

Outdoor driving is available thanks to the structural rigidity of the Ultium batteries, with the standard Infinity Roof and Sky Panels transparent and removable and can be stowed in the front stowage compartment at the front of the vehicle.

The design touches of the “GMC Hummer EV” will be bold and futuristic, as it is characterized by carefully executed smart details such as the distinctive “H” logo that appears in many of the elements.

The new visualization of the traditional display reflects the capabilities and technologies of the vehicle through exterior lighting and interactive interfaces with the user inside.

Executive Director of Design Phil Zach said, “The GMC Hummer EV” envisions an instantly recognizable profile for a modern, all-electric future. Its design is distinguished by its visually reflecting superior capabilities, enhanced by strong engineering details available with a sophisticated interior that is well-worked and refined Processing.

He added, “The Hummer EV will be the first fully electric vehicle within the GMC Group, and it gets its power from the new Ultium battery system from General Motors, and production will begin in late 2021 at Factory ZERO Detroit-Hamtramck Assembly Center11. ) Of the nearly 40-year-old brand whose target was redefined and equipped with a $ 2.2 billion investment in the production of electric vehicles, with future production vehicles leaving this plant characterized by a zero emissions level. 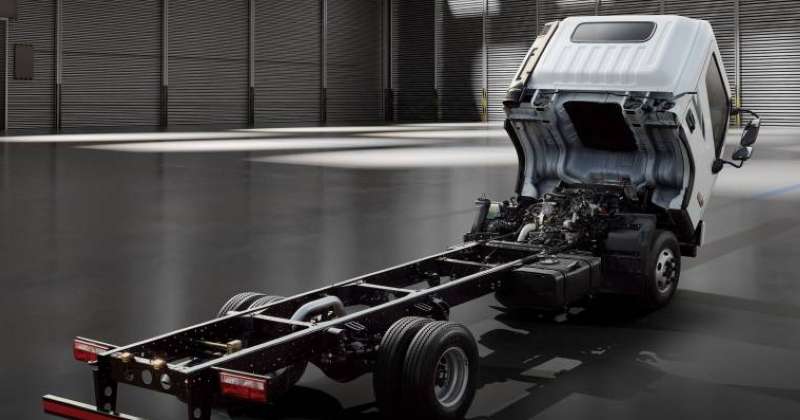 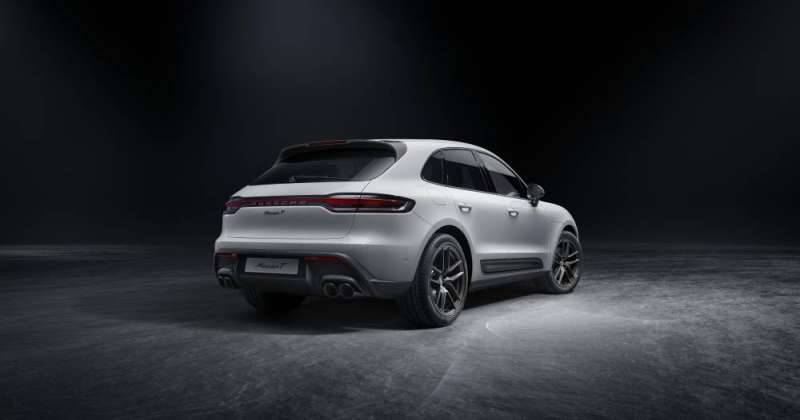 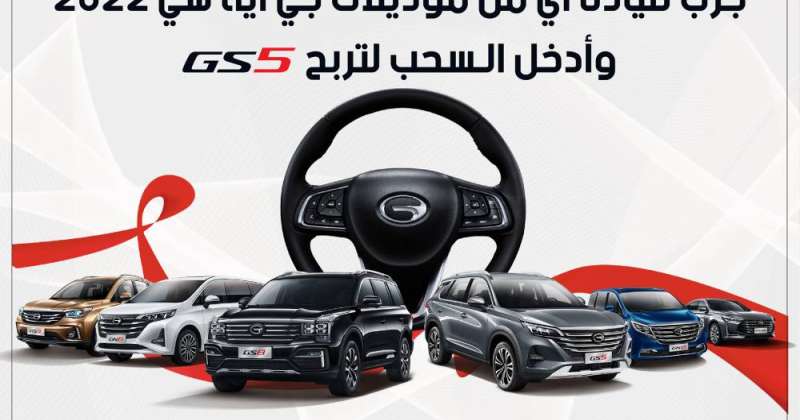 – The offer comes to distinguish customers and reward them with a “GAC GS5” profit. – The company’s team is ...