The Reform Yemeni Rally Party in the Nuwaidra district of Tarim district in Hadramawt governorate on Friday evening organized an artistic and rhetorical ceremony on the occasion of the 30th anniversary of the Islah party and the days of the Yemeni revolution on September 26 and the glorious October 14.

During the artistic and rhetorical ceremony, the leader of the Yemeni Gathering for Reform in the Tarim Ali Khamis Subaih District congratulated the members and advocates of reform in the Nuwaidra region on the anniversary of the founding and the Yemeni revolution holidays.

The leader in Islah Tarim stated that this year’s celebrations come to emphasize the struggle and continuous political work on the principles and constants of the Islah Party and standing with the citizen for thirty years.

The leader, “Sobeih,” said that what Yemen is going through in terms of coups and rebellion denied the gathering and stood against it from the very first moments. Al-Islah was subjected to arrests, assassinations, and sacrifices were made for nothing except for the state to return, and without its return, Yemen will be an easy access point for the hostile forces.

The leader in Islah Tarim has mercy on the leaders of Islah in the Nuwaidra region, who had effective efforts and roles during the establishment stage. 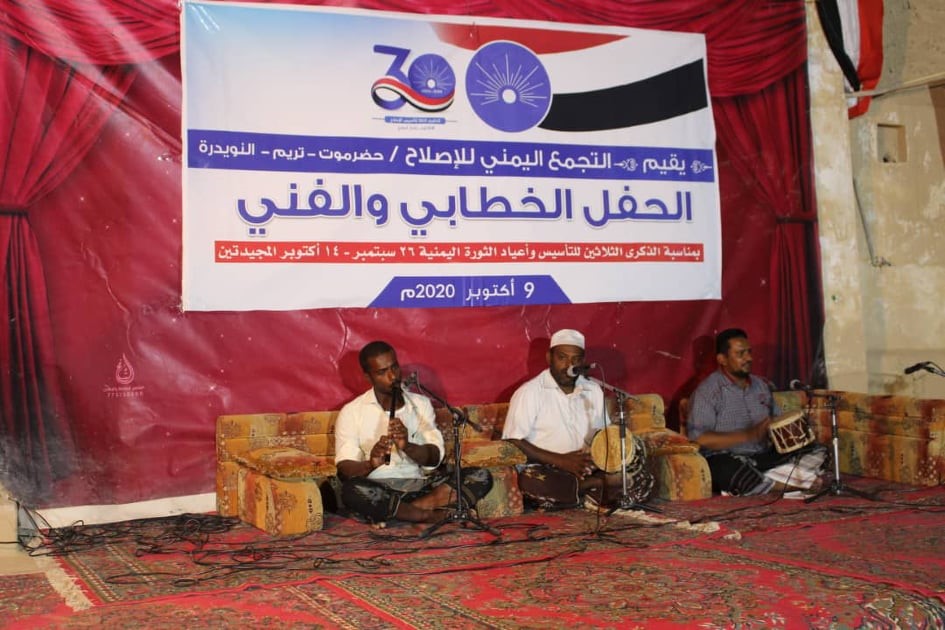 The artistic and rhetorical ceremony included artistic links and paintings from the traditional voice of the brown Maghara, which expressed the occasion.

The ceremony was attended by the sane of the Nuwaidra district, the local council member Saleh Alwa, a number of dignitaries and dignitaries in the area, and members and advocates of reform in the region.

On Tuesday, students of the College of Engineering at the University of Science and Technology, which had been seized by ...

Today, the Chief of the General Staff, Commander of Joint Operations, Lieutenant-General Saghir bin Aziz, witnessed the graduation ceremony of ...