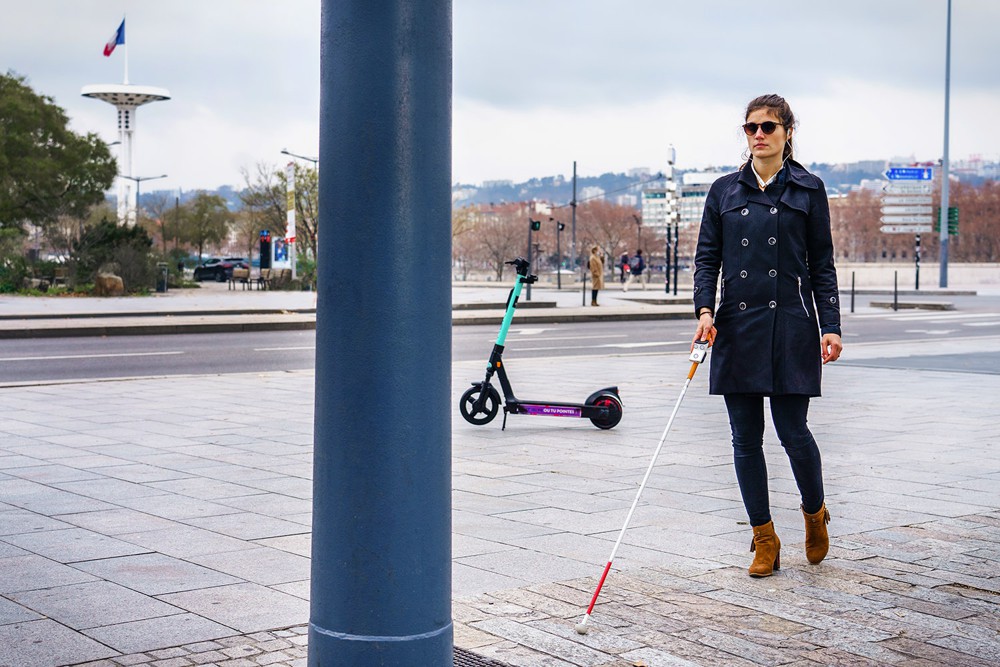 Like in virtual reality, but for real. The electronic white cane Rango created by GoSense signals, by a spatialized 3D sound, the presence of obstacles for the blind. The patented sensor, developed for almost ten years by Hugues de Chaumont and François Birot, its two co-founders, detects dangers up to 2.50 meters in front of visually impaired pedestrians. A deep and resonant sound, transmitted via Bluetooth through the phone’s earphones, is triggered as the obstacle approaches.

This 3D sound, the result of spatial modeling, reaches the wearer of this rod from the place where the risk is identified: in front of him or at 45 degrees to his left … The sound intensifies and rises in the treble at as it gets closer, unless it goes around it “By the right for example, leaving the noise on its left”, explains Hugues de Chaumont, who chairs the Lyon company.

The principle of the electronic cane has existed for twenty-five years thanks to René Farcy, researcher at the CNRS and inventor of the Tom Pouce case. But this radar device, like the British UltraCane and the German Vistac, is satisfied, according to Hugues de Chaumont, “To vibrate, without locating the danger, like a reversing radar that says to be careful. Our spatialized sound point, silent in the absence of risk of collision, is unique in the world ”.

With François Birot, his childhood friend and engineer, he had “Since high school, the desire to make a technological and social contribution”. Both musicians, they naturally turned to sound, then 3D sound with the progress of virtual reality, looking for who this technology could benefit from. There are 200,000 blind and 2 million visually impaired people in France. In 2011, Hugues de Chaumont immersed himself for a year as a volunteer in the community.

The first version of Rango, without 3D sound, was released in 2018 thanks to the Lions Club which funded the first 300 copies. The second with spatialized sound, launched in february, offers in addition a geolocation service and a timetable for public transport. Above all, this cane made in France, sold for nearly 2,000 euros, will be certified as a medical device within a few months, paving the way for a 75% reimbursement. GoSense has chosen to outsource the marketing to the visually impaired via commissioned independent vendor contracts. 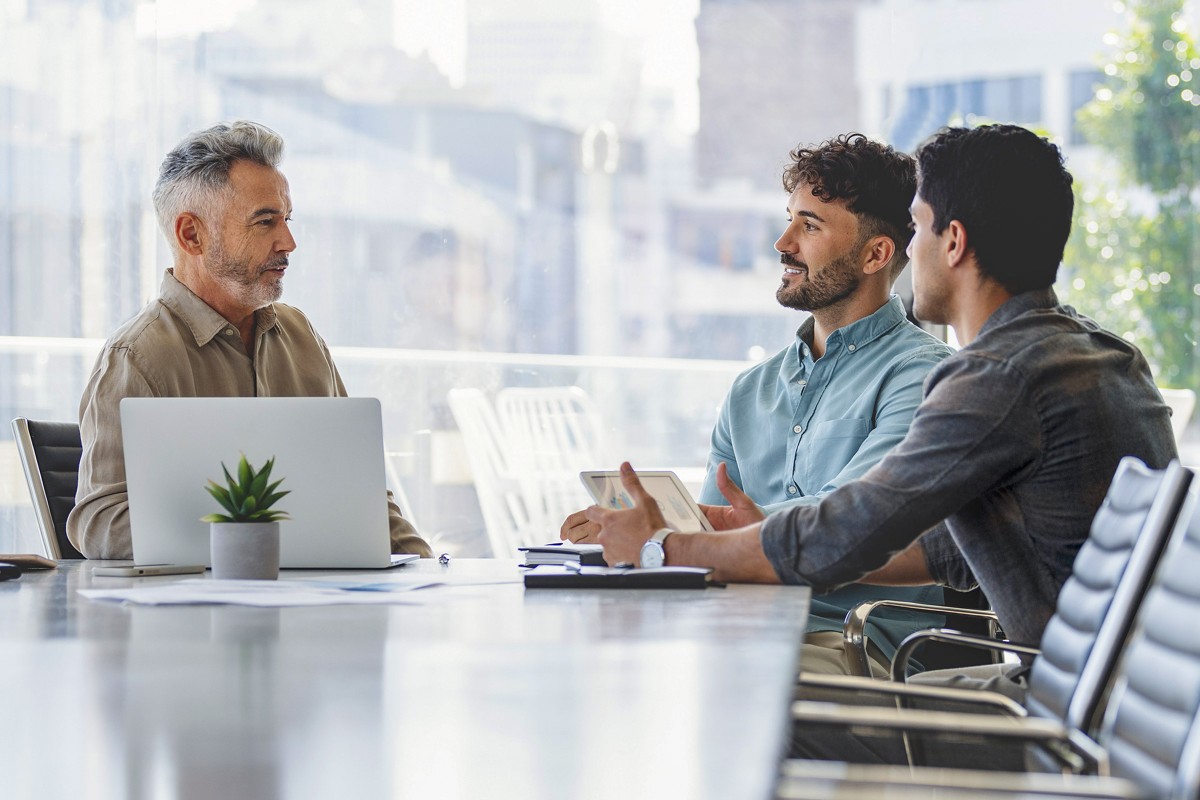 Transmitting to his descendants, by gift or by inheritance, the shares or shares of a company is, in principle, generating ... 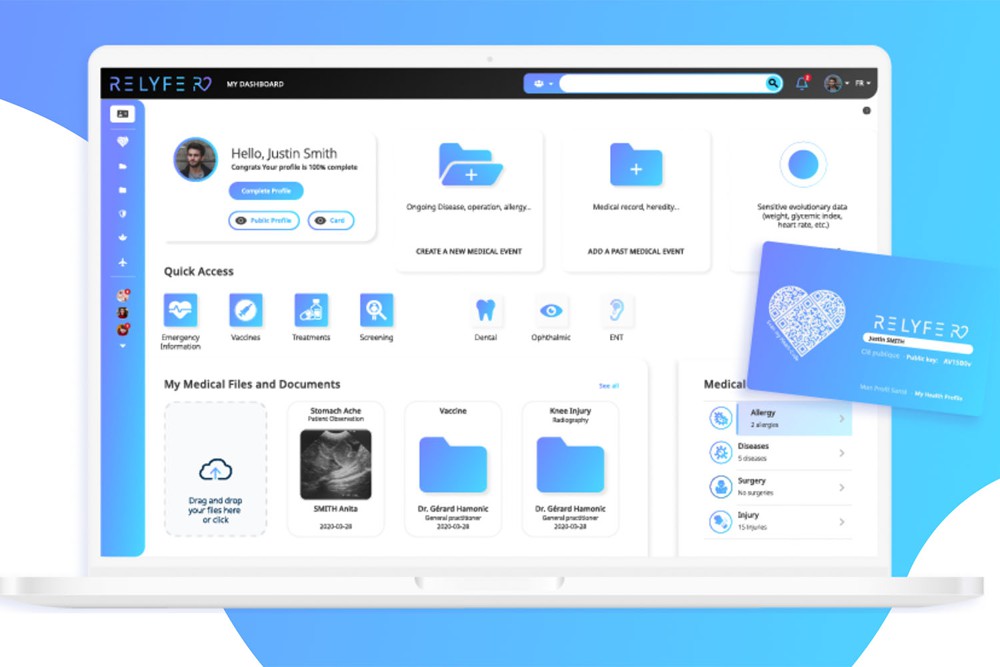 A name change, symbol of a second stage of life. This is what the Reims start-up InnovHealth has just announced ... 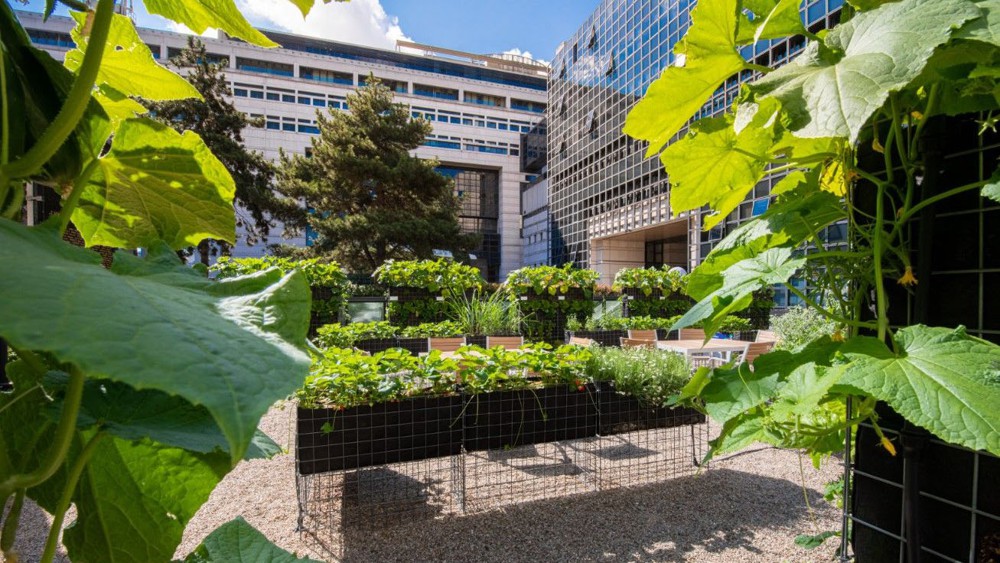 If Agricool, the most famous and best financed of French Tech’s urban farms, was placed in receivership at the beginning ...