Top Stories How did the Houthi summer centers turn into brainwashing and incubating fighters?

How did the Houthi summer centers turn into brainwashing and incubating fighters?

Children cry out, and others sing words that cross the Yemeni identity. These are the most prominent productions of the mobilization centers and headquarters prepared by the Houthis during the summer, as part of rituals and systematic steps to brainwash children.

“Here is a Husseini generation that will guide generations,” the report monitors – words that are foreign to Yemen and sung in the voice of a child – as part of the process of preparing and mobilizing Houthi summer centers in the capital and the governorates they control.

The “Husseini generation” is a sectarian concept that the Houthi militias focus on as part of their famous policy of “plowing the land,” according to M. M., a community activist (refused to reveal his name for fear of being pursued and his family), reveals a wide path of interest in sending children to these centers, even through “kidnapping”.

He tells us a true story of his cousin who was kidnapped under the banner of joining one of those centers in Hajjah Governorate. His family, who is not affiliated with the Houthis, is surprised that their son was later taken to the fighting fronts, where he continued for a long time, before his family could hardly return him. And liberating him from the vicious circle that often ends with “death”.

The most tragic, according to (M. M.), are the thoughts of violence and hatred that they bring to society after they are brainwashed in those centers. He refers here to a number of incidents of killing relatives, including fathers and mothers, after returning from participating in the Houthi summer centers and undergoing their “cultural courses” and ending fighting in their ranks.

In his speech, he explains the suffering he suffered after he was imprisoned as a result of the early resistance of those summer centers in his region. He describes what is happening today and what the Houthis started more than two decades ago with a policy of “plowing the land” that aims to turn people’s beliefs towards Shiism and deviant ideas.

He says: “The beginnings of the centers were primarily intellectual, and today they are 70-80% military, with the aim of mobilizing fighters. Many receive training and quick (sectarian) meals, and many of them return only to the fighting fronts, and some return to their families and kill their father and mother, as happened at the end of the day. last April.”

Perhaps the last crime occurred, when the Houthi leader Khaled Al-Ansour, appointed by the Houthi militia as director of the “Al-Soud” Directorate in Amran Governorate, killed his mother and brother and wounded two other people after a dispute arose between the two brothers over their mother’s place of residence, a language of violence that spread and was even stabbed in it. Young people who underwent Houthi summer courses and centers.

Several sources reveal, during the preparation of this report, that “most of those who killed their fathers, mothers and relatives joined Houthi summer centers and the so-called cultural courses, where they were mobilized that obedience to Abdul-Malik al-Houthi takes precedence over obedience to father and mother, on the pretext that God commanded him to take over.”

The Undersecretary of the Ministry of Youth and Sports, Saleh Al-Faqih, confirms that the Houthis, as a “religious group”, have managed over the past years to adapt an integrated system that was based on the activities of the summer centers, which the government had paid attention to following the abolition of the National Defense Service in the nineties.

He says: “Its interest reached at that time and later to the point that the ministries (defense, interior, youth, sports, education, information, culture and local administration) participate in a higher committee for summer centers and formed organizing regulations and prepared guidelines and huge budgets – corruption was wasting them – but it ended with two inauguration and closing ceremonies without practical benefits. Equal attention and spending on it.

On the other hand, the terrorist Houthi militia volunteered and formed this system from its elements, “and they added precision to the organization with the aim of corrupting the minds of young people and sectarian and military mobilization,” according to the government official.

The summer centers in Houthi-controlled areas are being prepared specifically and with elaborate implementation to harvest the fruits, some of which extend for years and some come quickly in the form of recruiting fighters and mobilizing them to fight.

The Human Rights Office in the Amanat Al Asimah confirms that it has monitored the compulsion of (223) students to attend these centers between October 5, 2019 and October 4, 2020, at a time when human rights activist Hadi Wardan says that the summer centers are “the real and most deadly mines for future generations.”

Al-Wakeel al-Faqih indicates that the Houthis volunteered everything for their ideas and mobilized people to their side, including the success of summer centers, and they used everything, including the “domestic gas tank” and the “basket of humanitarian aid.”

Despite the official government absence, regarding the Houthis’ spread through “culturalists” to adapt the institutions and capabilities of the state and society in favor of their activities and ideas, as revealed by officials we met, the community is implementing an opposite campaign represented in refusing to engage in these centers in many major cities and directorates, as well as the countryside.

Activist Abdo al-Faqih says that the Majzar district of Marib governorate – controlled by the Houthi group – did not witness any Houthi summer centers during 2021, until writing the report, due to the societal rejection, “there was no response from parents to the Houthis’ request to establish them.”

The district of Al-Abdiya in the Marib governorate, which was recently taken over by the Houthis, is involved in keeping the schools away from contaminating them with Houthi sectarianism.

Many residents of the district, including the citizen Hussain Al-Saidi, assert that the Majzar district, among the three districts inhabited by the Jadaan tribes, its people chose to flee after the Houthis took control of it, to remain under the control of the militia.

The militias are also carrying out an intensive campaign in the governorates, rejecting them, such as Taiz. Fouad Al-Ahdal, a leader in the Teachers’ Syndicate in Taiz Governorate, confirms that the Houthis are quick to inaugurate centers in a number of directorates they control.

During the preparation of the report, we obtained a circular that includes the militia’s mobilization of centers in the districts of “Al-Ta’aziah, Salh, Sabr, Khadir, Sam`a, Al-Silw, Haifan, Mawiyah, Al-Salam, Al-Rawnah, Maqbana, Jabal Habashi”. “Cultural” and local administrations to implement those centers.

Al-Houthi group in Al-Ta’aziah Directorate aims to reach “ten thousand students in more than 80 centres”, which was confirmed by the union leader, who said that the militias target the age groups from 6 to 18 years, and they are “completely amenable to any ideas”, adding: They focus on children and teenage boys.

Gradually, the Houthis clearly announce “open centers” and “closed centers” that operate in morning and evening shifts, while they house participants in the centers determined by the Houthi group secretly, within secret circulars.

In light of the security grip exercised by the group within its control and never allowing others to establish centers rejecting the Houthi ideology, al-Houthi is creating a generation resentful of society, its values ​​and morals, working to distort religion and correct beliefs, and attacking the Companions, foremost of whom are the Rightly Guided Caliphs and the wives of the Prophet.

Educational leaders assert that the Houthis’ goal will not be achieved in Yemen in general, and in Taiz in particular, and say, “The Houthis will not be able to obliterate the identity of the Yemeni people with all their frantic campaign.”

In contrast to what Al-Houthi is doing, the opponents of Al-Houthi have resorted to launching an electronic campaign in the context of confronting the Houthi campaign, in which media outlets and social media activists participate extensively.

This electronic campaign, and other previous campaigns that are organized in the face of the launch of the summer centers, reveal a lot of information that confirms that the crimes that are happening against the future of Yemenis are taking place under the eyes of the world, especially with regard to the recruitment of children to fight.

And the experts’ report 2021 previously revealed that summer centers (camps) and tactical courses “targeting children and adults – are part of the Houthi strategy aimed at gaining support for the militia’s ideologies, encouraging people to join the fight and motivating the forces,” and that the summer centers that organize “ In schools and mosques to spread their ideas to children, encourage them to fight, provide them with basic military training, or recruit them to fight” and “encourage hate speech and violence against specific groups.”

The UN team had held Yahya al-Houthi (called the Houthi Minister of Education) “responsible for ensuring that schools and summer camps are not used to promote violence and hatred, fuel extremism, or recruit children.”

The report constitutes an explicit condemnation of the Houthis for the aforementioned crimes, while the legitimate government seeks to mobilize the local community against the Houthis’ continuous daily work in the areas it controls.

During the past two days, the National Army has made advances on the battlefronts in Marib Governorate, after violent confrontations ... 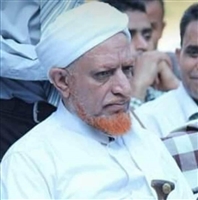 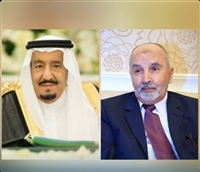 Today, Friday, the head of the Yemeni Reform Gathering, Muhammad bin Abdullah al-Yadoumi, sent a congratulatory message to the Custodian ...