The Governor of Ma’rib Governorate, Major General Sultan Al-Arada, laid the foundation stone for the Ma’rib Dam tourist resort project, as the first qualitative entertainment and tourism investment project in the governorate of the private sector that combines tourism and entertainment, with a total cost of 4 million and 500 thousand US dollars.

After laying the foundation stone, the Governor briefed Al-Arada on the designs of the project, which is being built in the historic Ma’rib Dam area..and listened to the Chairman of the Board of Directors of the Marib International Company for Tourism and Travel, Hadi Zabin, and the Executive Director, Khaled Al-Sharjabi, to an explanation of the project, which will be implemented in four phases over three years, The first and second phases will be implemented during the first year of the project, and it is characterized by the merging of developed and quiet gardens with high-end tourism investment, while taking into account the environmental impacts and the privacy of people with special needs.

Zabeen reviewed the components of the project, which include (tourist rooms and restaurants, gardens and games, residential chalets, a sports complex, public and private swimming pools, water parks, green areas, public sessions, and service buildings) … noting that the project in its four phases is expected to provide approximately one thousand Direct job opportunity.

In a press statement, the Governor Al-Arada expressed his happiness at laying the foundation stone and launching the implementation of the first service tourist resort at the level of Marib Governorate and the region, in addition to its importance as it is around the Great Marib Dam, which is considered one of the important tourist destinations in the Marib Governorate at the local and global levels The resort’s role in meeting the needs of citizens and visitors to the dam from the people of the governorate and the displaced who are crowded with them, in addition to the added value it will represent as an entertainment outlet for families. 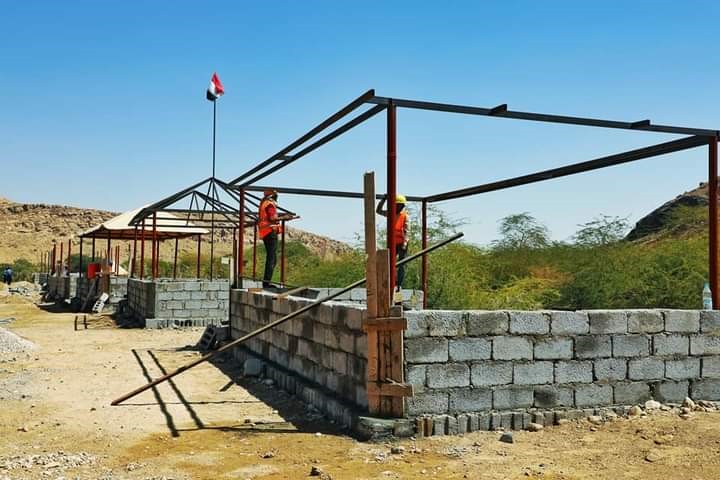 dam Entertaining For the first in a Marib .. My investment project put Sahwa Net Sahwa Net news site Stone the awakening the foundation To whom tourist

Local and human rights sources said that for more than a week, the Houthi militias imposed a suffocating siege on ...

The Arab Coalition to Support Legitimacy in Yemen announced today, Friday, the interception and destruction of three “booby-trapped” aircraft launched ...

A member of the Supreme Committee of the Yemeni Congregation for Reform and Head of the Parliamentary Bloc, MP Abdul ...