Today, Friday, the city of Marib witnessed an official and solemn reception for journalists and the freed kidnappers from the prisons of the Iranian-backed Houthi coup militia.

Thousands of citizens gathered on both sides of the road from the Al-Sadd Junction to the center of the compound for a long distance to celebrate the arrival of the freed journalists and kidnappers, to Marib coming from Seiyun airport.

The Governor of Marib, Sheikh Sultan Al-Arada, spoke in a speech to the masses, congratulating the release of the first batch of prisoners and kidnappers, indicating that the great joy will be in the liberation of all the kidnapped and prisoners, and the liberation of Yemen.

During the reception, the governor of Marib delivered a speech, in the forefront of which was the group of heroes freed from the detention centers of the Houthi militia, expressing the honor of the Ma’rib governorate to receive them, and the participation of the governorates and cities of Yemen with the joy of their release.

He also conveyed the congratulations and congratulations to the liberated heroes of the Saudi and Sudanese forces in the Coalition to Support Legitimacy, who participated and are still providing precious and precious assistance to Yemen in its war against the Iranian Houthi militia.

Governor Al-Arada affirmed that the release of the abductees by the Houthi militia is a constant principle that cannot be compromised and forfeited .. He said, “We hoped to abide by the Stockholm Agreement and the provisions relating to the exchange of prisoners and detainees in accordance with the principle of all for all, but that the militia that has been accustomed to breaking the covenant and disavowing obligations and agreements. , It continued to exercise that role during and after the consultations and negotiations in full view of the world. “

He praised the efforts made to complete the exchange deal, foremost of which are the efforts of the national negotiating team, the office of the UN envoy to Yemen, and the International Committee of the Red Cross.

Governor Al-Arada pointed to the local authority’s commitment to the directives of His Excellency the President of the Republic, Marshal Abd Rabbo Mansour Hadi, to provide health and psychological care services, stressing that the joy of Yemenis will not be complete without the liberation of the country from this terrorist gang.

The prisoners and kidnappers freed from the prisons of the Houthi militia arrived on Thursday via International Red Cross planes to Seiyun airport, coinciding with the transfer of militia prisoners to Sanaa International Airport, in implementation of the Geneva Agreement.

Hundreds of members of the Ubaidah tribes, Marib Governorate, went to the international line in the Safer region to receive the prisoners and kidnappers and congratulate them on their freedom and their exit from the prisons of oppression and priesthood. 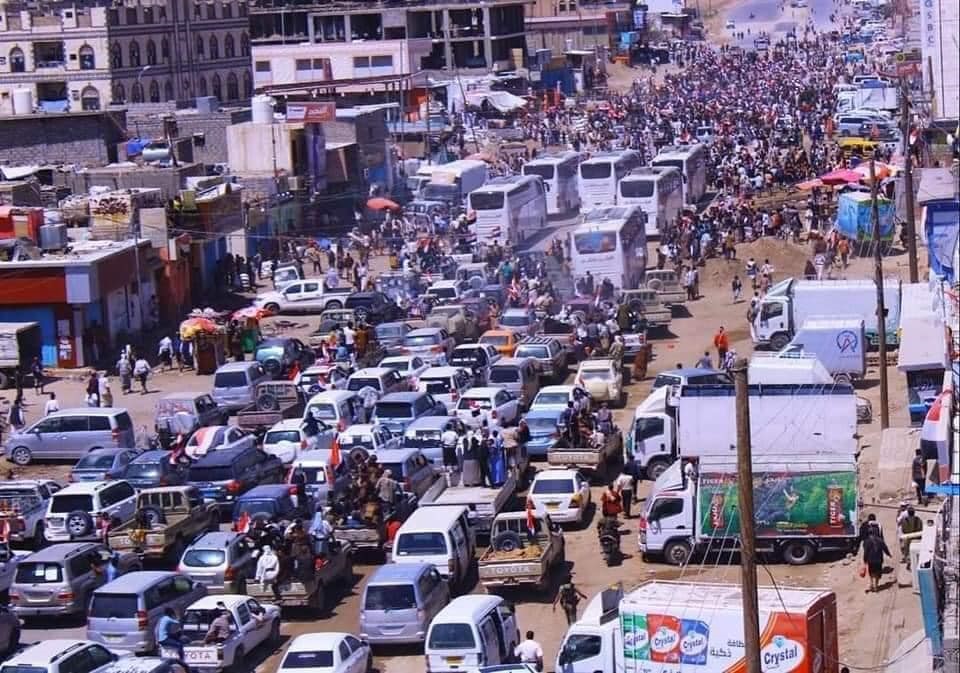 The kidnapped journalist colleagues expressed in their interview with Al-Sahwa Net that they consider this day their new birth, expressing their happiness and joy in their freedom and their exit from the prisons of the Houthi militia that have tasted them in woes.

The freed colleagues added that their joy will be completed by the exit of the rest of their colleagues who are still in the prisons of the militias, as well as the rest of the kidnapped, disappeared and prisoners, expressing their thanks to everyone who worked to give them freedom again after more than five years of oppression, oppression and torture.

For his part, the Chief of General Staff praised in his speech the steadfastness of the abductees in the prisons of the rebel militia, appreciating their sacrifices for the sake of freedom and dignity of all Yemenis.

Lieutenant General Bin Aziz confirmed that the army forces are continuing the battle to end the coup, restore state institutions, and liberate all abductees in the prisons of the Iranian-backed Houthi rebel militia.

During his reception of the freed prisoners, he praised their steadfastness in the prisons of the rebel militia, appreciating their sacrifices for the sake of freedom and dignity of all Yemenis.

He pointed out that the kidnappers in militia prisons are fighting for the homeland and national constants, unlike the Houthi militia, who implement Iran’s plans in the region.

He also stressed the political leadership’s interest in all the abductees in Houthi prisons, appreciating all the efforts made to free the prisoners based on the exchange deal that was sponsored by the United Nations.

Social media sites were filled with pictures of the majestic reception, which expresses the official and popular interest in liberating the kidnapped and prisoners, as well as the joy that the Yemenis live in liberating the first batch of abductees and prisoners from the prisons of the Houthi coup militia, stressing that the great wedding and the greatest joy will be in the liberation of all Yemen From the militia coup and the restoration of state institutions. 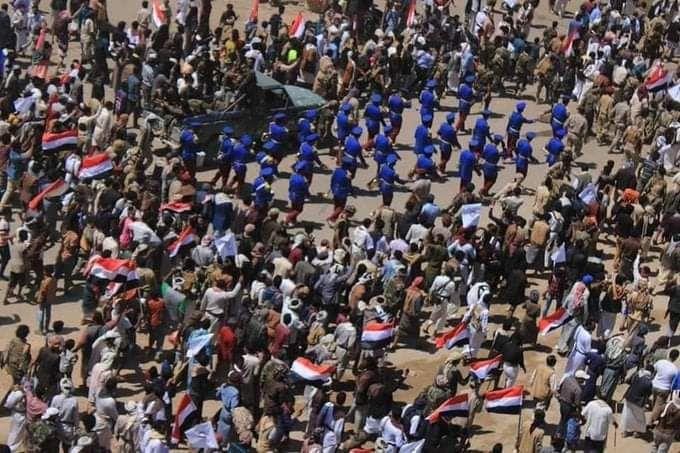 And kidnapped And my people From majestic Marib .. Official Prisons Recepion Reporters Sahwa Net Sahwa Net news site the awakening The editors The militia To whom

The situation in Al-Hudaydah governorate, west of Yemen, is heading towards calm again, after a week of the violent battles ...

Citizen rights group organized this afternoon Wednesday A protest pause in the Sheikh Othman district in the temporary capital, Aden, ...

The phenomenon of kidnapping and disappearance of children and school students has grown in the Ibb governorate, central Yemen, which ...