Top Stories Mohammed Al-Ahami .. the story of a kidnapper complicated by torture on the Houthi family of death cells

Mohammed Al-Ahami .. the story of a kidnapper complicated by torture on the Houthi family of death cells 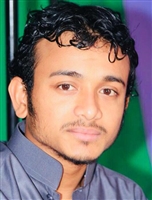 Here is the story of a kidnapper. All meanings of humanity stand ashamed of what he suffers in the prisons of the Houthi terrorist militia.

The following story is the result of an investigation and communication carried out by the head of Rassd for Rights and Freedoms, the lawyer, Arafat Hamran.

As you read the details of the story (the tragedy), you will feel that humanity is a word that loses all its meanings – in whole and in detail – from the first meeting with human monsters that makes your human being a muse for broken monsters that scratch all their meanings without an iota of pity.

The kidnapper, Muhammad Abdullah Al-Ahami (Al-Raadi), son of Al-Qadi Abdullah Al-Ahami, studied at an Indian university in the Department of Media, his mother holds a bachelor’s degree in Sharia and law, and lives in the swimming pool neighborhood of Taiz.

He never thought in his mind that he would fall between the criminal claws of predation devoid of all human feelings, so he went one day to Al-Qaeda, one of the cities in the suburbs of Ibb near the Al-Hawban area in Taiz. All values.

The account he leaked from his detention camp says:

The Houthis kidnapped him from the city of Al-Qaeda, they took him to the Political Security prison in the Ibb governorate, and placed him in Cell No. 3 in solitary confinement, then days later he was brought to the basement of Political Security, his cell No. 3 solitary, in which he would stay for about 3 and a half years.

Here we ask your human feelings to unleash the imagination and envision a person being kidnapped and forcibly hidden from his family for 3 years and in a solitary cell!

Information leaked from his prison and obtained by Rassd, which says that the cell (basement) is an old Turkish tank 12 meters deep underground with 11 cells and 17 to 25 kidnappers, and the cells in the shape of a horse in the middle of them are a torture winch that is used outside to raise the carcass and is used in Prison to raise the kidnapper (this is how the source describes the situation expressing the place of using the torture machine as “outside”, an expression that means outside the prison as if the outside is far away, another world, imagination and a dream)

The source continues his statement by saying: The hand of the kidnapper is tied, the shackle is inserted to the winch, and the winch is lifted, so you can imagine the pain and suffering. The body separates two halves, so you do not feel the other half, and urine comes out of you involuntarily.

Muhammad Al-Ahami, since his abduction, has been forcibly disappeared, and he has not been allowed any contact, and no one knows his whereabouts until his family thought that he was dead. They prayed the absentee prayer for him and donated watering water in charity to his soul to be certain that he had passed away from life.

He remained for two and a half years asking his jailers to contact his God, but they had neither hearts nor humanity nor values. As if they were robotic human beings without hearts or feelings, and they did not share with us as human beings any of these human meanings, so their response to Muhammad’s suffering was in the opposite way, narrowing more and getting more torture and brutality from him. He was supervising the torture of a Houthi leader named Abu Hashim personally, as the Houthis called themselves titles and not They announce their names because of the terrorism and brutality they practice against the kidnapped, detained and citizens, so that their identities are not exposed, just like al-Qaeda and ISIS.

The so-called Abu Hashem was supervising his torture and imprisonment himself on the pretext that Muhammad wrote a book against them, which reached Muhammad the unbearable suffering due to the brutal physical torture and psychological torture stripped of all human meanings, Muhammad went on hunger strike for a whole month; He almost died. They practiced all kinds of torture with him to leave the strike, but he insisted, and asked them only to contact his family to reassure them and reassure them.

Muhammad continued the strike until he reached an amount of effort that nearly eliminated him until he was unable to carry himself and stand on his legs, in addition to walking with them. She was forced to allow him to contact his family.

Contact with his family was only one of the chapters of the suffering that breaks the heart of humanity, for there is no religion, doctrine, creed, law, or law that allows you to imprison a human or animal, and you exercise the right to torture and hide from his family, not even 3 days, let alone weeks, months and years !!

After two and a half years, his family received a call that was not just a call, but a heart-shaking surprise, and the people of Muhammad discovered that he was still alive.

Do you imagine that a mother will receive the news about her missing son, as you and I receive him, no matter how high our feelings of feelings are charged with human emotions?

How was the feeling of Umm Muhammad, his brothers and his family? The cell filled with joy and cheer when Muhammad was able to communicate with his family, so he blamed his mother and his family with all their certainty that he had died?

The head of the Monitoring Organization for Rights and Freedoms, Arafat Hamran, speaks that the kidnapped Mohammed Al-Ahami has been subjected to violations in Houthi prisons that have reached the point of humanity. The Houthis are a mobile mortuary from which the kidnappers are either dead, on their way to death, or carrying permanent diseases and disabilities.

Hamran called on humanitarian organizations, the international community and the UN envoy to rescue the kidnapped Mohammed El-Elhami as a top priority from a purely humanitarian standpoint.

Muhammad is a media person whose great and serious accusation that he deserves the Houthi’s curse is his pen.

Muhammad is now on hunger strike, and he is now in solitary confinement because the kidnappers went on a strike with him to look into his case and get him out.

In his recent contact with his family, he asked them for crutches to help him carry himself after losing the ability to stand and walk due to the deterioration of his health due to the horrors and the brutal torture he was subjected to.

Muhammad, the educated, balanced, peaceful and calm person is exposed to the most cruel and ugliest forms of abuse and torture. Indeed, our sources speak of a Houthi intention to liquidate him had it not been for their fear of the noise of the media and reports of organizations, and they are waiting for the opportunity to commit a crime that has become one of their usual behavior.

Al-Hami .. Cells family Kidnapped Mohammed On Sahwa Net Sahwa Net news site Sit him down tale the awakening the death The Houthis To whom Torture

The Special Security Forces in Marib Governorate carried out multiple combat exercises to raise the level of readiness and combat ...

The murder of the citizen Jihad Saleh Makber in Houthi prisons, as a result of severe torture, brought the file ...

The Minister of Information, Culture and Tourism, Muammar Al-Eryani, said that the brutal siege imposed by the Iranian-backed Houthi militia ...