The Undersecretary of Ma’rib Governorate, Dr. Abd Rabbo Moftah, discussed, during his meeting in his office today, the delegation of the World Food Program that is visiting the governorate, headed by the Director of the Program’s office in the temporary capital, Aden Mutinta Shimoka, a number of issues related to the humanitarian interventions of the Food Program and the performance of its local partners in light of the deprivation of many displaced people from aid. the food they deserve.

During the meeting, they discussed the treatment of displaced families from the governorates of Al-Jawf and Sana’a and the outskirts of the governorate to the city of Ma’rib and the districts of Al-Wadi, Al-Juba and Harib, the impact of the absence of the tracking process for the cases and movement of the displaced (RMM), the imbalances in the performance of the implementing partners of the World Food Program and the importance of correcting them.

The meeting touched on Importance Strengthening the partnership between the local authority and the food program to develop an effective mechanism to track and record displacements to the governorate on a daily basis from various governorates, especially those under the control of the Houthi militia terrorist, and they need to quickly monitor their condition and emergency intervention to provide them with their basic needs, and the importance of placing the program as a strategic stockpile in the governorate that enables emergency humanitarian intervention when needed to help those affected by torrential rains or fires or from deliberate targeting by the Houthi militia in areas close to the conflict, or to help citizens In the areas being liberated after the liberation process.

Shimoka indicated that the program was able to sort and treat 3,700 displaced families from Al-Jawf Governorate to Marib and include them in the lists of beneficiaries, starting with the next disbursement process.

Agent Muftah stressed the keenness of the local authority to maintain the strengthening of the partnership with the World Food Program, to facilitate its performance, to neutralize humanitarian work, and to correct the status and performance of the implementing partners in the governorate, in a way that helps deliver aid to the beneficiaries of the displaced and the host community, and to respond quickly when needed for emergency interventions..pointing out that the Marib governorate According to UN reports, it has become the largest gathering of displaced people from various governorates of the republic and is still receiving waves of displacement on a daily basis, reaching 148 camps and gatherings for the displaced so far.

a key a program Al-Sahwa Net Al-Sahwa Net news website Confirms double Efforts food Global.. IDPs Importance in a Marib .. On Relief the awakening To whom

The Command of the First Military Region praised the victories and steadfastness of the heroes of the National Army on ... 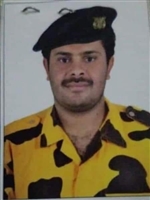 The capital, Sanaa, which is under the control of the terrorist Houthi militia, witnessed a heinous crime at the end ...

This morning, Friday, the Saudi Ministry of Defense announced the liberation of two American women after their freedom was restricted ...