Top Stories Musawah Organization for Rights and Freedoms: The Houthi militia commits war crimes in the neighborhood of Taiz

Musawah Organization for Rights and Freedoms: The Houthi militia commits war crimes in the neighborhood of Taiz

Equality Organization for Rights and Freedoms confirmed that the crimes committed by the Houthi coup militia against the people of the Al-Hima area in Al-Taiziyah District, north of Taiz governorate, are serious crimes that amount to war crimes against humanity in accordance with international humanitarian law.

In a statement, the organization stated that the coup militias continue to commit their horrific crimes against the people and residents of the isolation of Al-Hima in Al-Taiziyah District in Taiz governorate for the third day in a row.

She indicated that the militias bombed, during the past two days, the villages, homes and farms of the people of Al-Haima area with mortars and various heavy and medium weapons, which resulted in the death of 7 civilians and the wounding of 11 others, most of them women, in addition to the arrest of more than 28 civilians, including 8 children, held by the militias as hostages, and the bombing of 4 homes since the departure The security campaign to the region and the creation of military sites in the village of Al-Saela and used them to bomb the people and continue its unjust siege on the area since last Wednesday.

In this regard, the organization called on the United Nations and its special envoy to Yemen, the UN Security Council, the High Commissioner for Human Rights, and all international and humanitarian organizations to shoulder their moral and humanitarian responsibilities towards the people of the Al-Hima area and to intervene to protect civilians and pressure the militias to stop their crimes against them urgently.

The Saudi Deputy Minister of Defense, Prince Khalid bin Salman praised the cohesion of the Yemeni government and its work ... 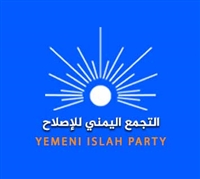 The Yemeni Congregation for Reform offers its warmest congratulations and blessings to the Yemeni people and its political leadership represented ...