Top Stories Newspaper: International consensus on a ceasefire and holding the Houthis responsible for “obstruction”

Newspaper: International consensus on a ceasefire and holding the Houthis responsible for “obstruction”

Western sources revealed to “Asharq Al-Awsat” newspaper about an international move to hold the Houthis responsible for obstructing the ceasefire agreement in Yemen, which is an endeavor that enjoys international consensus and paves the way for a comprehensive political solution to the country’s crisis that has been suffering from the nightmare of the Houthi coup since 2014.

The Yemeni crisis witnessed a glimmer of hope during the past months, exemplified by a Saudi initiative for a cease-fire and the opening of Sanaa airport and the port of Hodeidah in line with the “Stockholm Agreement”.

In addition to the US diplomatic momentum that Washington played, and put the Yemeni file on and resolving its crisis “a top priority.” But researchers claim that the US plan “created wrong messages”, and some believe that Western dealings in general were “foggy.”

After an intense effort over a period of at least four months, it is clear that the Houthi’s slow or reluctance response to the peace efforts has led to a different approach that realizes the relative complexity of the situation in Yemen, especially from the Houthis.

Yemenis believe that Washington has failed to achieve some of the results and actions that the Houthis were once demanding, such as a “ceasefire.”

The executive director of the Sana’a Center for Strategic Studies, Majid Al-Madhaji, said that Washington “came completely impulsive, as part of (American) internal obligations regarding the Yemeni issue.” The Yemeni file has always been one of the political headlines of the new democratic movement, especially its left, and this made the angle of their approach narrow, and it came in a way that could be described as “quick”, not insightful about the nature of things. “Therefore, we witnessed a high level of diplomatic pressure, specifically on the camp of the coalition and the legitimate government, in a way that led to the production of incorrectly read messages from the Houthis.”

He added, “We will now witness specifically more radical than the American envoy, who is an envoy with good knowledge. The envoy is resisting two problems, the radical performance of the Houthis, and also the insensitive nature of the situation in Yemen and the Arabian Peninsula by the new elements in the US administration, specifically the emerging” progressive left “in the party. Democrat.

Al-Madhaji believes that “the Houthis, with their rigid performance, were given the ability to resist pressures and move according to a more solid strategy, as I think we will witness in the coming period.” In general, Al-Madhaji believes that “the most prominent juncture is the failure of the US envoy and the United Nations to extract a mere Houthi approval for a truce plan and not a path for peace, and this will change the interaction with them in one way or another.”

For her part, Yasmine Al-Nazeri, Executive Director of the Peace Path Initiative, believes that the most prominent mistakes made by the US administration were to “remove the Houthis from the list of terrorism without any compensation,” and she says that this matter “encouraged them to persist in negative ways in dealing with peaceful solutions.”

According to Al-Nazeri, the other mistake is “linking the Yemeni issue with the Iranian nuclear file; This helps prolong the war in Yemen, ”noting that“ Western dealing with the Yemeni issue in general was and still is a hazy deal because of the failure to put points on the letters by loading the person behind the failure to implement agreements and steps towards a lasting peace in Yemen.

And download fire International liability Newspaper: consensus Obstruction On Sahwa Net Sahwa Net news site stood up the awakening The Houthis To whom 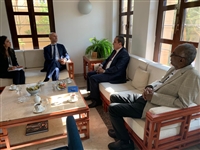 Member of the Supreme Council of the Yemeni Congregation for Reform and Head of the Parliamentary Bloc, MP Abdul Razzaq ...

Well-informed Yemeni sources in Sanaa reported that the leader of the Houthi group, Abdul-Malik Al-Houthi, ordered the formation of field ... 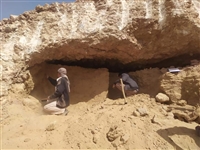 The General Authority for Antiquities and Museums in the Coast and Wadi Hadramout, through its mission, which includes the directors ...