Top Stories “Night of the Pen” .. a horrific story of torture suffered by journalists released from militia prisons

“Night of the Pen” .. a horrific story of torture suffered by journalists released from militia prisons

In an article entitled “Night of the Pen,” Al-Shehab said that that night was dark, and it was not normal for him and his fellow journalists who were with him in the Political Security prison in Sana’a.

“Our skins were peeled, hit and kicked before we were put in the solitary cells. Houthi jailers prevented us from getting any pen, and warnings extended to other wards not to hand over any pen to journalists.”

“Our colleague, Hassan Enab, got a pen smuggled into the bread and arrived at us.” Yahya Saree (a Houthi leader) taught us that we got a pen and he came angry with the other jailers to start a night of severe torture, and I and the journalists were taken by Issam Balghith, Hisham Tarmoum, Hisham Al-Youssefi and Salah Al-Qa’idi and Harith Hamid to “Al-Shamasia”, where torture.

He added, “We were beaten with sticks and kicks until we felt the bones were broken and the skins were peeling. We were ordered” Yahya Swift “to flip over and put two jailers in front of our heads and behind us two jailers with broom sticks and rubber. He stepped on our faces.

The colleague Al-Shihab said, “They begged the Houthi leader,” Yahya Saree, “to stop the torture, so his response was:” I have zero humanity on the north, “he continues. Defenseless, helpless. While he was devising new methods of torturing us, the militia members were applauding around him, “Wonderful”, “Wonderful”, “Prison’s prestige has been restored!”

Wondering who brought it back ?! And for what?!, For a pen! If we had saved from the blood that shed from us during the torture, I would have written much more than the ink in the pen, and not only did Yahya Saree torture us, but we were sent to solitary confinement. He was released to “Hassan Enab” and was severely tortured until before dawn on the opposite side, until he lost consciousness.

And “Harith Hamid” continued, he also kept him in solitary after he returned to his cell, and “slapped” him on the face a lot, and put him in solitary for three days without brushes, no quilts, with only his underwear.

Al-Shehab said: The kidnapped journalists obtaining a pen and hiding it was the nightmare of the Houthis, pointing out that the stories of obtaining and hiding the pen are funny, startling, and painful. In a funny “tragedy”, Al-Houthi becomes the enemy of the pen if he does not write a single letter that flatters his master.

Colleague Al-Shihab said that this is one night and one example, out of nearly two thousand days in Houthi prisons.

"a night a story About them exposure From Journalists militia Prisons Released Sahwa Net Sahwa Net news site Terrifying the awakening the pen".. to her To whom Torture 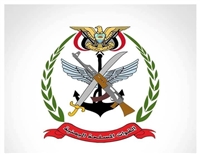 The Ministry of Defense and the Presidency of the General Staff, Brigadier General Abdul Wahed Dokar al-Haddad, commander of the ...

The Houthi militia has privatized the largest government medical laboratory under its control in the capital, Sana’a. Informed sources told ...