Entrepreneur Pascal Denoël, boss and adventurer at the same time

Pascal Denoël, boss and adventurer at the same time 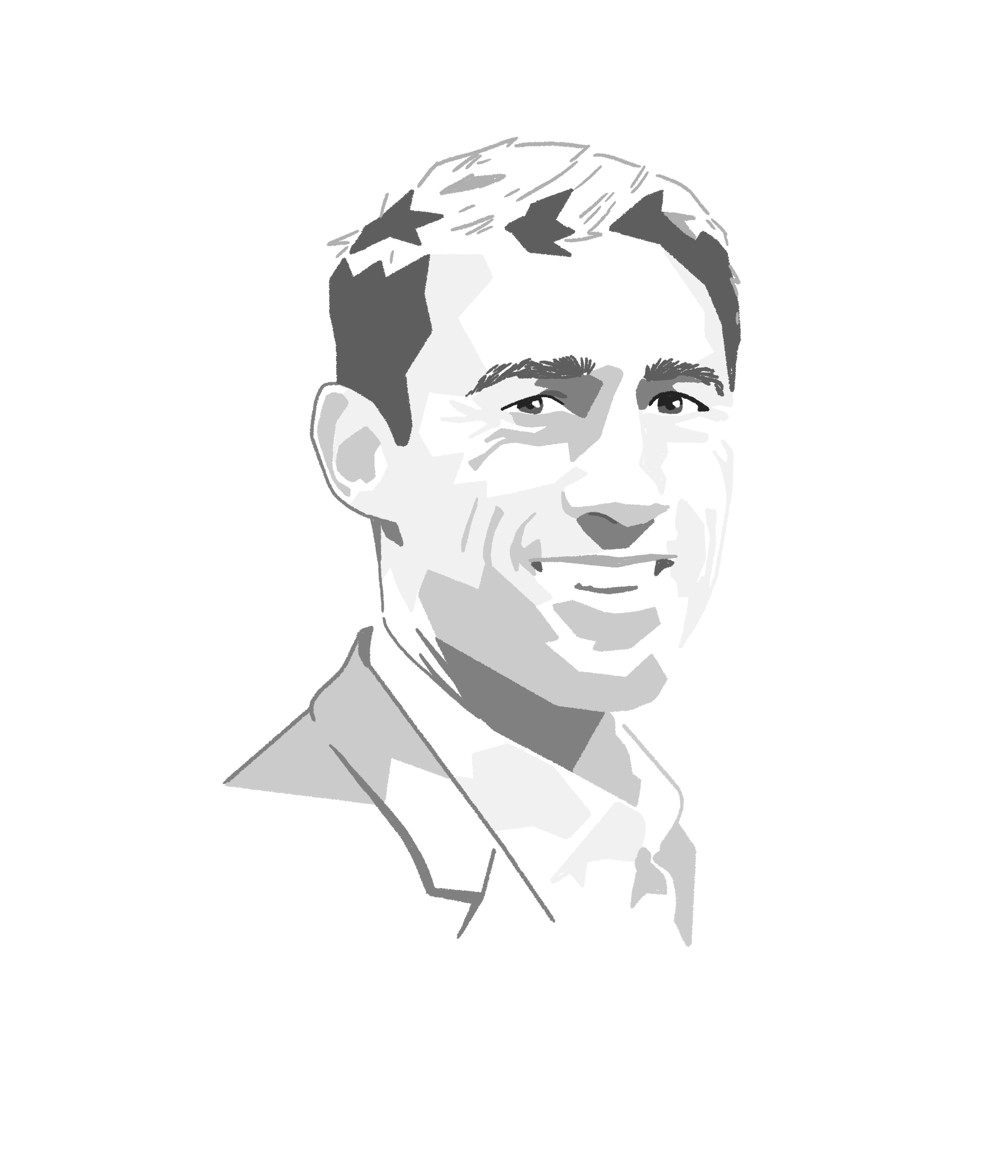 How do you manage to reconcile your desire for adventure and the direction of a business?

Whether it is this summer in Iceland, in the crossing on foot of the island from south to north, or in my multiple expeditions to the four corners of the planet, I always seek to surpass myself, to “challenge” my physical limits. and especially mental. If these adventures answer a personal quest, I also do it to inspire my collaborators. Each time, a flag in the colors of my group covers my backpack.

The publicity of these expeditions also aims to increase the notoriety of my group and to send a message to my suppliers, to my customers. I show them that our group has strong values, that we know how to face difficulties, that we are reliable over time and therefore worthy of trust. Rather than signing a check to sponsor a sporting event, I prefer to “wet the jersey” and set an example

Last May, you wanted to climb Everest. You were prevented from doing so due to bad weather conditions. Disappointment ?

Yes, I am horribly disappointed. In order to make the exercise more intense, I wanted to climb this mythical mountain without oxygen. The local decision-makers prevented us from doing so when I was ready to take my risks, even if I am far from being a daredevil, an irresponsible. I am all the more disappointed that my collaborators had asked me to deposit at the top – 8,849 meters of altitude – a small monolith of ice of 400 grams, an “object” totally respectful of the environment, therefore engraved with a universal message.

How was this vocation of adventurer born?

I have always been very athletic. Until my adolescence I practiced handball at a very high level in Nantes where I grew up. I was running, without training – 11 seconds per 100 meters. Handball taught me a sense of teamwork and physical courage, qualities that are very useful in the business world. Ultra-perfectionist, since that time, I pay attention to the smallest detail, like top athletes I would have liked to be part of.

In 2005, while trekking with a friend in Hoggar, a mountain range in the south of Algeria, I had a revelation. It was right after my divorce. I was at the bottom of the hole. This contact with the great outdoors reinvigorated me, made me feel fully a citizen of the world. Since then I have chained expeditions, climbing in the steepest places on the planet.

In 2015, your expedition to the North Pole represents a moment that you qualify as decisive in the construction of the identity of your group?

Indeed. I wanted to make this event the decisive act of the official birth of the group ZeKat. I went on an expedition for eleven days with a friend, sleeping in a tent, on the ice floe in the middle of nowhere. It was a fantastic experience. Unfortunately, I was able to observe in situ the disastrous effects of global warming, with this sea ice fractured in many places.

I made a film from it that I like to show in the conference-debates to which I am invited. This expedition inspired me with the five values ​​of my group – Boldness, Commitment, Performance, Collective, Humility – of which I am the guardian of the temple. To each of my collaborators, I like to ask. “And what is your North Pole?” So I help them to live their dreams instead of dreaming their life as professed the great Antoine de Saint-Exupéry. ZeKat’s name refers to the cat, which according to popular wisdom “always lands on its feet”. It is indeed a metaphor for the vicissitudes of corporate life.

Have you always wanted to become a business owner?

I have always been filled with a deep sense of freedom. Which may represent an exact definition of entrepreneurship. During my studies at Arts et Métiers, I created my first apartment greenhouse company, with my father and my brother, both engineers like me. While technically we could be proud of our “baby”, we never managed to sell anything except to our circle of friends (laughs). I had neglected the commercial part. Technique is not enough.

In the early 1990s, with a friend, we started a videotape distribution business. Unfortunately the Gulf War got the better of our ambition. The company filed for bankruptcy. Finally, I joined a technology company in which I learned the commercial dimension that I sorely missed. Following the famous HEC MBA allowed me to integrate two essential aspects in the development of a company: strategy and finance. Finally I joined Sapelem, a robotics SME with 30 employees based in Angers, which I bought five years later, before setting up my group thanks to an external growth policy.

At the end of the 1990s you suffered two serious setbacks?

Yes. In the Angevin and Le Mans companies that I had bought, I was naive in bringing in an associate out of friendship when I didn’t need it. The association has gone badly… Not to mention a pitched battle with the unions at the same time. It was very violent. We had to file for bankruptcy.

I had to start from scratch and lost millions of euros in this adventure. Unfortunately, I have experienced the 3 Ds: bankruptcy, depression, divorce. It hardened me. And in 1999, I had a serious car accident. I stayed in a coma, I was close to death. I recovered from these two ordeals. It made me stronger. I learned that you only live once.

How would you define your management style?

I operate with confidence, while always aiming for performance. I will not claim the concept of a liberated company, but I have been practicing it, in fact, for twenty years. Many of my close collaborators have always lived in cities other than the Group’s Angevin headquarters, and are working from home. Agility is in the DNA of my group. I prefer eleven companies, agile and fluid that cooperate rather than a single, necessarily more rigid company.

Do you value the start-up spirit for your group?

Yes and no. I have already created and bought start-ups but I deplore the excessive veneration they are the object of with decision-makers and territories. Even though innovation funding is necessary, some start-ups receive some sort of free money. This does not promote entrepreneurial empowerment and sometimes generates a distortion of “free and undistorted competition” compared to manufacturers who work on these same issues, but without subsidy!

Do you still feel free, that state of mind that you were looking for when you left your studies?

Not really. Because because of my responsibilities, I have to assume many obligations. In addition, firmly convinced that an entrepreneur is a key player in living well together, I am very involved in various employer and institutional bodies in the Pays de la Loire region. But I have deliberately appointed independent general managers who have strong entrepreneurial qualities. This leaves me more time to develop the group’s strategy and to continue to dream, to push my limits, to think of new expeditions… and to carry them out! 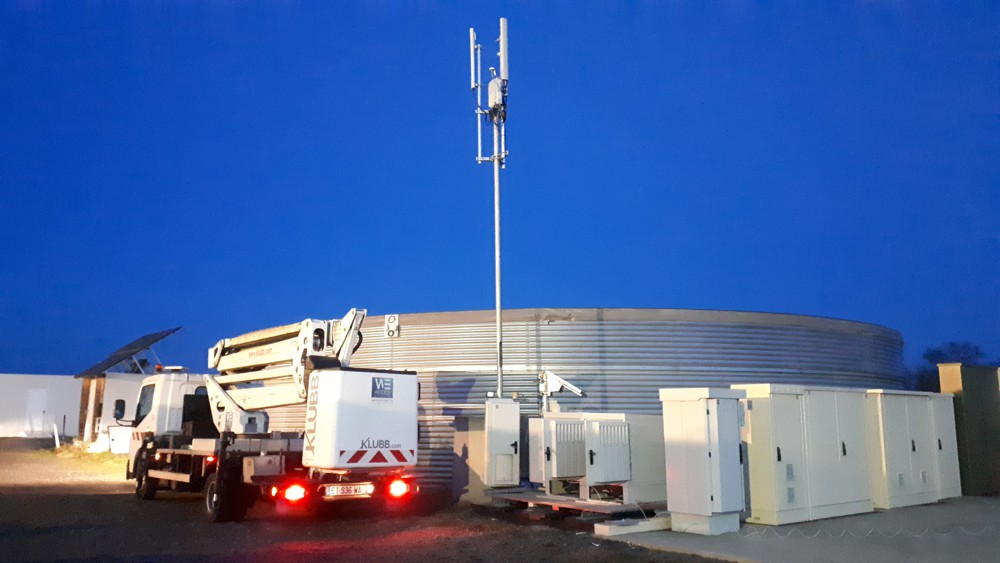 A private alternative 5G solution for businesses that cannot rely on fiber or the cloud. It is with this project ...

If most Flunch restaurants, largely installed in shopping centers, are currently closed except for a few establishments practicing take-out, especially ... 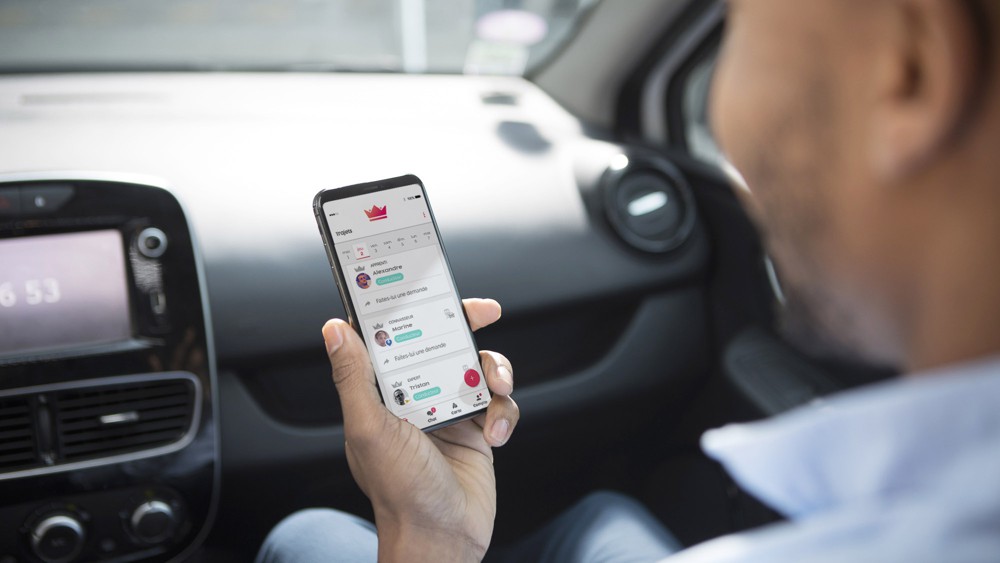 Carpooling for home-work trips is adorned with all the virtues: it allows you to share the maintenance and fuel costs ...