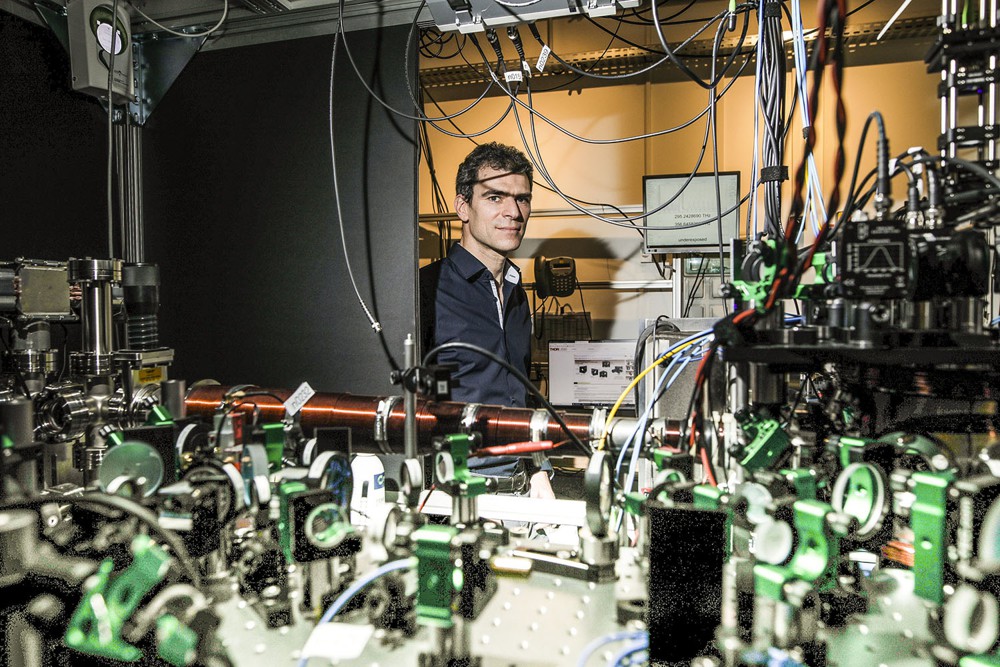 For now, the “toy” is installed in a small dark room at the Institut d’Optique Graduate School in Palaiseau. The prestigious school where, forty years ago, the French researcher Alain Aspect had already demonstrated one of the two great principles of quantum mechanics: the entanglement of particles. Before unveiling its prototype, Georges-Olivier Reymond, Managing Director of Pasqal, makes a point of making a stop in front of a display case where the instruments used in the experiment are kept. The past is prestigious. But the future full of promise too: the physicist, who is one of the five co-founders of the start-up, received the CNRS gold medal.

The machine itself does not look good. It’s hard to imagine that this tangle of components and laser circuits, fixed on a metal board of about 2 square meters, is one of the most powerful quantum computers in the world. It will soon be able, we hope at Pasqal, to perform certain operations faster than conventional supercomputers and their hundreds of petaflops. “ We are in the process of making the device more reliable », Specifies this forty-five year old physicist. “ Now, the challenges to be solved relate more to the engineering of the system than to questions of fundamental physics.. “

Created in March 2019, the company is already in the leading pack of those digging the furrow of the quantum computer, in competition with the giants IBM and Google, and other start-ups (Rigetti Computing, D-Wave, IonQ, etc.). For a long time, it was thought that this type of machine would only see the light of day in the distant horizon. But, in recent years, things have accelerated. ” Technologies are emerging from the academic laboratories of universities », Assures Georges-Olivier Reymond.

To accelerate its growth, Pasqal proceeded to a new fundraising of 25 million euros this Tuesday. Objective: to finalize its first quantum processors, to work on the codesign of the applications that use them and to establish an international presence. The start-up is the first to benefit from the support of the brand new Defense Innovation Fund, from the French Ministry of the Armed Forces. “With a team of the most renowned researchers in the world, Pasqal will in the future be one of leaders in quantum computing. Defense applications are multiple and sometimes highly strategic, ”greeted the Minister of the Armed Forces, Florence Parly, on Tuesday.

At this stage, one cannot, of course, compare these calculators to general-purpose computers. Rather, they are calculation accelerators. The challenge for runners is to be the first to demonstrate what is called ” quantum advantage “. In other words, the ability to solve a particular use case faster than a binary supercomputer would. Well placed in the race, Pasqal is working on a problem submitted to it by EDF to optimize the charging of a fleet of electric vehicles.

The start-up was cited as an example by Emmanuel Macron during the presentation in January of the French plan for the development of quantum, with an envelope of 1.8 billion euros. Winner with Atos in a call for tenders from the European consortium EuroHPC, it has received an order for two quantum accelerators intended to be coupled to a conventional supercomputer. These two hybrid devices, which will equip the Very Large Computing Center (TGCC) of the CEA in Saclay and its German equivalent located in Jülich, are supposed to introduce companies to the advantages of quantum computing. Delivery scheduled for late 2022.

Very next, the deadline does not frighten Pasqal. The company can indeed rely, and this is one of its strengths, on a multidisciplinary team. Not all college spin-offs can say the same. After completing his thesis at the Institut d’Optique, Georges-Olivier Reymond worked for sixteen years in industry, notably at Saffron. It was he who convinced one of the school’s researchers, Antoine Browaeys, to join in the round. He developed the technique of manipulating cooled atoms by laser, which is the basis of Pasqal’s technology. “ I must have done it several times, because at first he didn’t believe it », Specifies the general manager.

The one who became the scientific director of the start-up was convinced when he saw his American research colleagues working on the same technology, and launching into the arena. Another centerpiece of the team, the polytechnician Christophe Jurczak also went through the Institut d’Optique Graduate School, where he did his doctoral thesis in physics, under the supervision of Alain Aspect. He too went to industry, particularly in renewable energies in the United States, before embarking on the quantum adventure from 2015. ” This is the year when IBM first put online a few qubits, the basic unit for storing quantum information, allowing you to start manipulating these types of systems. “

But it was not until 2019 that he created with investor Charles Beigbeder the first fund specializing in this type of technology called “Quantonation”. Pasqal, of which he became president, was one of his first targets.

To make a difference, the French start-up relies heavily on its cold atom technology. It is difficult at this stage to avoid a brief and delicate foray into the foundations of quantum mechanics. All calculators of this type exploit the properties of matter at the infinitely small scale. And in particular this capacity of particles, very confusing for human logic, to be in several states at the same time (principle of superposition) and to be connected to each other at a distance (principle of entanglement). Very schematically, it is these properties which allow quantum accelerators to perform calculations “in parallel” and therefore to increase their speed of execution exponentially. May those who have dropped out be reassured! Nobel laureate in physics Richard Phillips Feynman himself used to say: ” If you think you understand quantum mechanics, you don’t understand it. “

To fully understand the competitive context, we must still add that, depending on the type of particle adopted – ions, photons, superconductors, cold atoms – to make your computer work, the properties of the device vary dramatically. The competition between the contenders for the quantum advantage is therefore also played out on this type of scientific choice.

Pasqal, who bet on cold atoms, believes that they allow a much faster rise to scale. “ Today, we are able to handle 200 qubits and we were aiming for 1,000 by 2022. IBM and Google, who have chosen superconductors, are currently peaking at 50/60 qubits », Underlines its general manager. For him, these two giants set off a few years ago on the route which seemed at the time the easiest to begin the ascent. But, as with the conquest of Everest, history has shown that there was other passages allowing you to reach the top more safely, without blocking along the way.

“ The different systems each have their strengths and weaknesses », Nuance Cyril Allouche, director of research and innovation of Atos big data & security division, which manages a quantum simulation platform allowing to write algorithms, compatible with all devices. ” You cannot compare the qubits with each other. In addition to their number, we must also consider their reliability. Because quantum computing is probabilistic in nature and therefore subject to errors. In short, for him, no system has yet proved its superiority. The game remains open. Moreover, other French start-ups are also racing for the “quantum advantage” such as Quandela in photons or Alice & Bob in superconductors. ” The justice of the peace will come from the applications, therefore from the types of problems that each device will be able to solve on behalf of its customers. », Underlines Cyril Allouche.

But, there too, Pasqal displays its ardor. “ We are targeting at least two main families of applications “ says Georges-Olivier Reymond. The first, which relates to fundamental physics, covers the wide range of material properties. A field that already monopolizes nearly 20% of the computing time of classic supercomputers. The second, much more focused on the business world, can be of interest to all those who have optimization problems to solve. Whether it is energy distribution as for EDF, but also traffic management or even financial platforms.

” If a bank that holds a portfolio of 100 billion euros can optimize its management even by 1% thanks to an acceleration of the calculation time, it is 1 billion euros saved », Enthuses the CEO of Pasqal, who considers several tens of billions of euros the quantum computing market in ten years. Knowing that, by then, the Grail may have been reached, namely the emergence of a universal quantum computer.

In the immediate term, in addition to the two accelerators intended for the TGCC and its counterpart in Jülich, Georges-Olivier Reymond plans to build four others by 2023 to perform “quantum computing as a service”. The company, which will soon install its production line and research center in a new 1,000 square meter space in Massy, has just signed a contract with the consortium of Italian universities Cineca for the supply of computing hours associated with training. But, for this start-up which has planned to recruit around 100 people within two years, of course, this is just the beginning. ” We want to become the world leaders in the sector. »A French ambition in the field of deeptechs which is a pleasure to see! 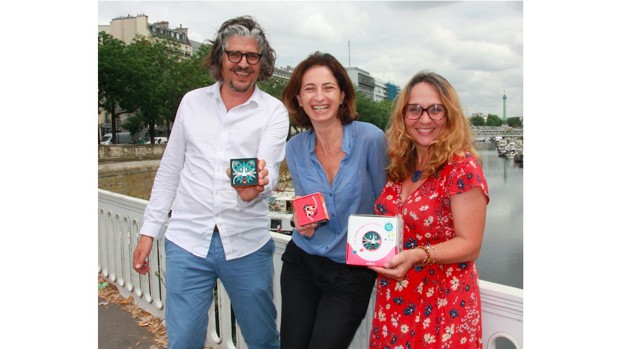 Attached to the digital world in which he made his debut by launching, in 1999, Entrepotes.com, a sort of Facebook ... 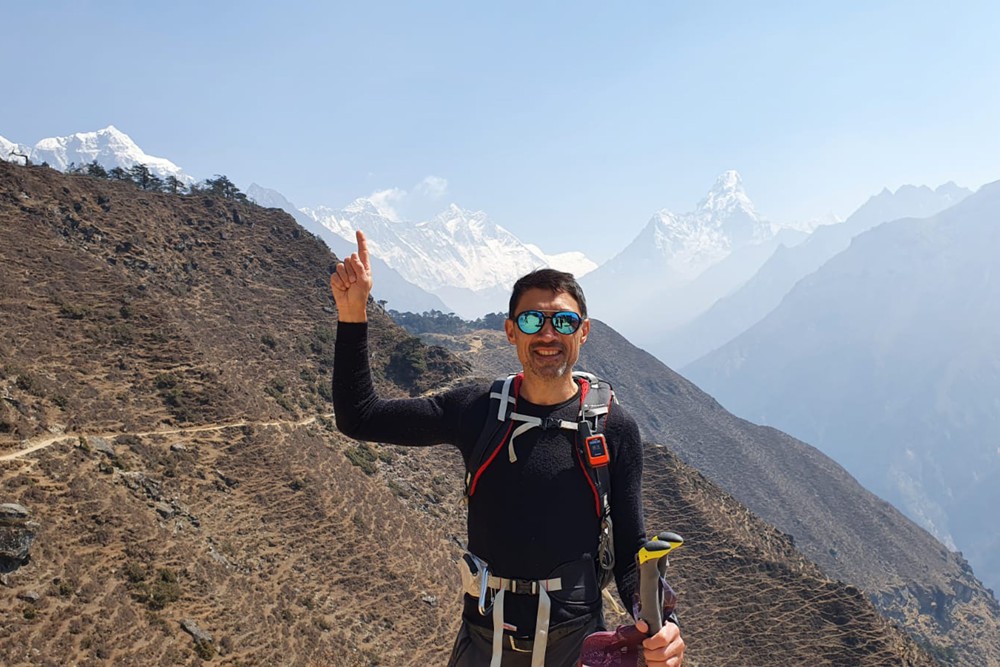 In a few days, if he manages to acclimatize to the altitude and if the Himalayan deities grant him a ... 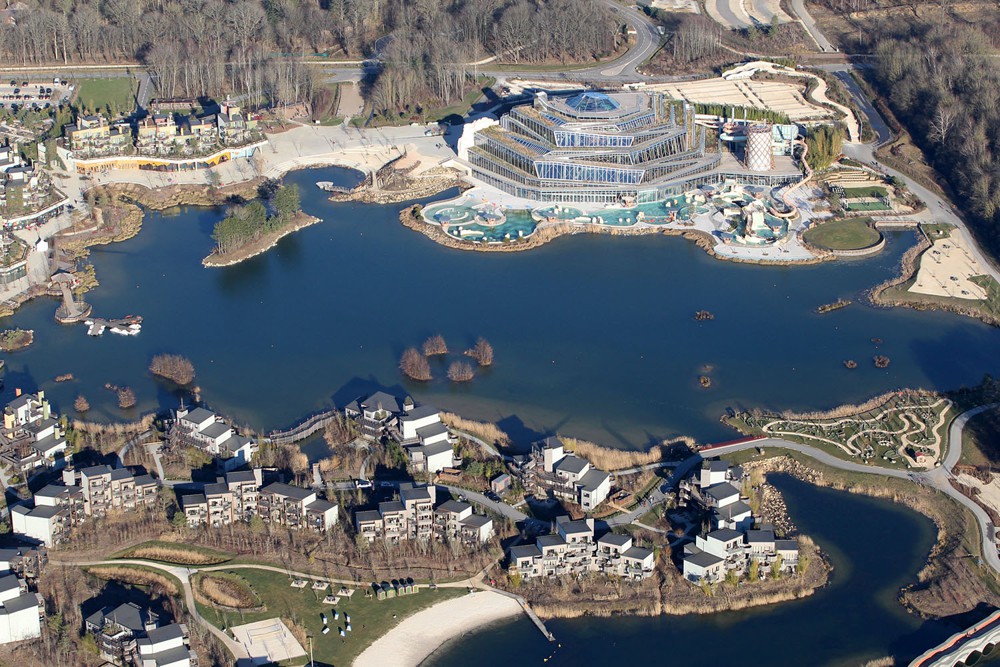 The financial restructuring of the Pierre & Vacances Center Parcs Group is taking shape. The European number one in leisure ...