The “Smara” road, north of Ibb governorate, was closed by protesters, who condemned the refusal of the Houthi militia, which controls the governorate, to pull out a driver from under the rubble of his truck, which lasted for more than 30 hours.

Local sources said that citizens closed this evening, Saturday, “Naqil Samara”, a main road linking the governorates of Sanaa and Ibb, after the Houthi militia refused to respond to their appeal to remove a driver whose truck overturned yesterday, Friday.

The sources added that the truck driver was named “Abdullah Omar Shawqi”, who is from Al-Hodeidah Governorate, western Yemen.

The citizens appealed to the removal of the driver, who was subjected to the accident 30 hours ago, and his fate has not been known until now, but the concerned authorities under the control of the Houthi militia did not move a finger.

As a result of ignoring their pleas, the residents were forced to block the way for the passengers, until their demands were met to remove the driver stuck inside his truck.

The roads of Ibb Governorate witness almost daily horrific accidents, as a result of the destruction of the roads, the end of the asphalt material, the absence of road maintenance and any role for the concerned authorities under the control of the Houthi militia. 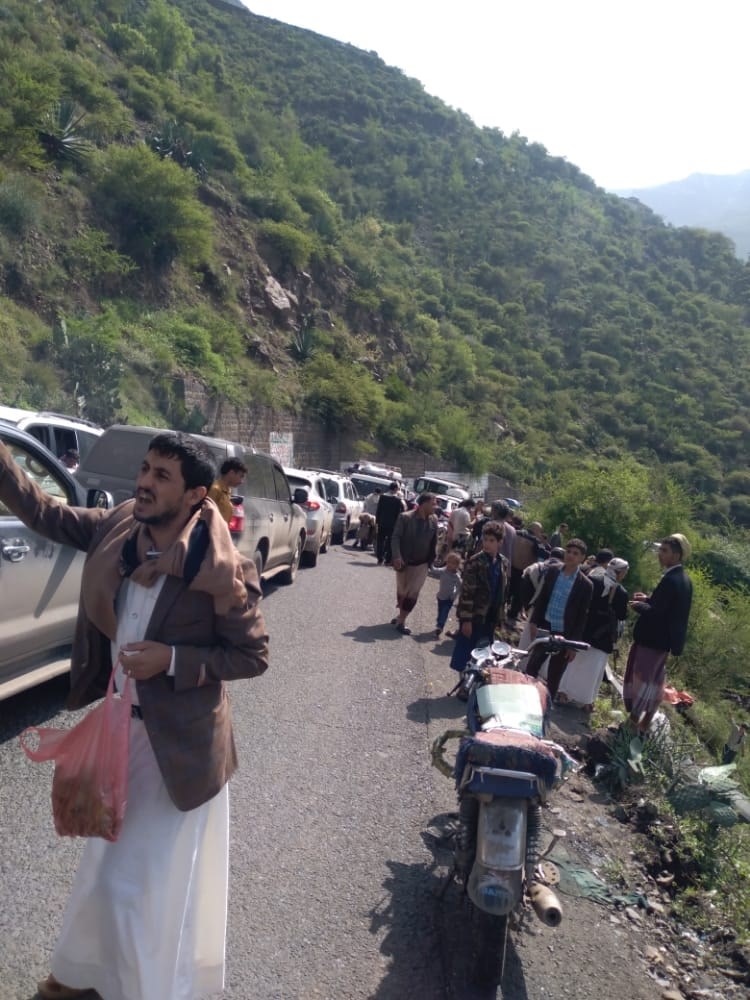 After his first briefing before the UN Security Council, the fourth UN envoy to Yemen, Hans Grundberg, is preparing to ...

On Thursday, the Yemeni government demanded that the Republic of India exclude Yemen from the wheat export ban measures, in ...

The Vice-Chairman of the Higher Relief Committee in Ibb Governorate confirmed that “the displaced people of the governorate have reached ...