Top Stories Reports: 3,000 Houthis were killed, including more than 1,000 leaders, within 6 months

According to Yemeni reports, the Houthi militias incurred about 3,120 deaths during the first half of this year, while Sanaa and its countryside topped the rest of the group’s control areas in terms of the number of deaths.

Reports stated that the majority of the group’s dead, whose bodies were recently buried, were killed by the forces of the National Army, backed by air raids of the coalition in support of legitimacy, on the fronts of Al-Bayda, Marib and the West Coast.

Although the militias continue to bury and burial hundreds of the bodies of their dead in various cities and governorates, according to the sources, they are still sending on a daily basis dozens of their deceived followers, most of whom are children and young men, as fuel on their fronts, coinciding with their implementation of forced mobilization and recruitment operations in all areas of their control.

In a related context, medical sources in Sana’a revealed to Asharq Al-Awsat that large numbers of dead and wounded group corpses continued to flow from several fronts to emergency rooms and mortuaries in police and military hospitals, Kuwait, 48 Hospital and other government hospitals under the control and management of the militias. in Sanaa.

According to what was reported by the same sources working in hospitals, most of the corpses returning from the fronts to some hospitals in the capital arrive in a deplorable condition to the extent that some arrive charred and others arrive in the form of pieces scattered inside plastic bags.

The group organizes daily funerals for its dead, but it is officially silent on the real numbers of its members whom it lost during the years that followed its coup and its wars on various fronts.

A few days ago, local reports revealed that the death toll of the group during the first half of this year had risen to 3,120 Houthi members.

Reports said that among the group’s dead who were monitored during the period from the beginning of January to late June, more than 1,660 field leaders.

Reports indicated that most of the dead of the putschists during that period were young and marginalized black-skinned children and tribesmen who were polarized, subjected to sectarian and military courses, and then thrown into various fighting fronts.

A special source working for the group’s so-called “Martyrs Foundation” in Sana’a had revealed earlier to “Al-Sharq al-Awsat” that the number of dead and wounded of the group during the second quarter of last year had risen to more than 3,206, as they died at the hands of the Yemeni army forces and strikes. Legitimacy Support Alliance.

The source, who asked not to be named for fear of his life, said that the numbers of the group’s deaths during the period from April 15 to July 15 of the same year were distributed between 1983 dead and 1,223 wounded, most of whom belonged to the governorates of: Saada, Amran and Hajjah. Al Mahwit, Sana’a Governorate, Amanat Al Asimah, Dhamar, Ibb and Al Mahwit.

And he indicated that the death toll of the group on the Al-Jawf front alone as a result of the coalition’s targeting at the time amounted to about 652 dead, during the same period, while the rest of the militias’ deaths were killed on the Qani, Marib and Nihm fronts, the western coast in Hodeidah, and other fronts in Al-Dhalea, Taiz, Al-Bayda and others.

In addition, Yemeni military sources estimate that the Houthi militias have only lost about 10,000 fighters during the continuous attacks they are launching on the western, northwestern and southern fronts of Marib Governorate.

3 6 Al-Sahwa Net news website Awakening Net between them death From Houthi Leading Months More one thousand Reports: the awakening Thousands Through To whom 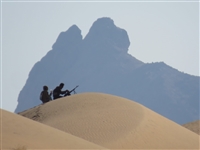 Over the past few days, the forces of the National Army, the Resistance and the Giants have made heroic and ...

As part of the plan for demographic and sectarian change, the Iranian-backed terrorist Houthi militia expanded operations by force of ... 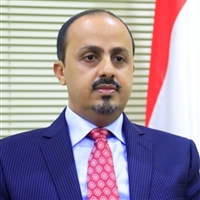