The Yemeni Rally for Reform in Seiyun, Hadramawt governorate, organized a poetry evening marking the 30th anniversary of the founding and as part of our people’s celebrations of the revolution holidays September 26 and October 14.

And at the opening of the evening, the leader in the reform of Seiyun, Eng. Abd al-Hafez Kheba, stressed the need for the legitimate leadership to return to the country to carry out its tasks, address economic problems and provide services to the citizen.

He pointed out that the February Revolution resulted in the Yemenis agreeing to the outcomes of the National Dialogue Conference were it not for the Houthi militia to take up arms against the state and to thwart the implementation of the dialogue outcomes.

Khobah pointed out that Islah was among the first to reject militia action and the coup against state institutions, and he paid a heavy price for this position.

Khabah also indicated that the reform stance towards the conditions afflicting the citizens in Yemen in general and Hadramout in particular, and his permanent bias towards the citizen and the need to alleviate his suffering, and this was reflected in the recommendations of the last meeting of the Executive Office for the Reform of the Governorate.

The leader of Islah Sayun Abd al-Hafez Khobah said that the role of the Yemeni Rally for Reform in political work stems from pluralism, which is one of the fruits of Yemeni unity and had an effective role in all stages of political work through the peaceful struggle in which the party believes.

He pointed out that Al-Islah is still coherent and consistent in its positions to this day and is practicing its political activity, which is reflected in the strength of its public base despite the malicious attempts.

The evening witnessed the participation of the poets “Irfan Farara, Akram Shawala and Abdullah Bahartha Mohiuddin Jaafarban Talib and Sabri Salih Barada” during which poems were exchanged on the occasion of the anniversary and simulated the general conditions of the reality in the country, as well as the call to preserve the social fabric and its cohesion. 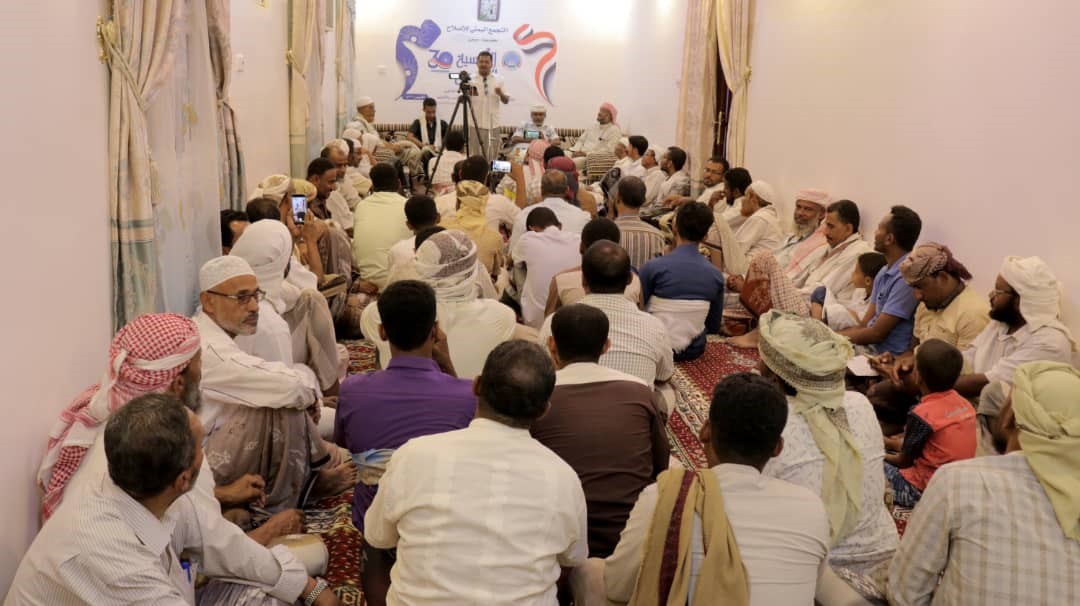 Bloggers and activists on social media launched a massive online campaign to denounce the stifling siege imposed by the terrorist ...

A leader in the Reform Yemeni Rally Party in Hadramawt governorate said that the 30th of November represents a great ...

The head of the Abductees’ Mothers Association, the Nation of Peace, al-Hajj, said that the association has documented 157 cases ...