In a statement to the Army website and newspaper “September 26”, he said that the Special Security Forces presented many martyrs and wounded in the national battle against the Houthi militia, led by Brigadier General Abdul-Ghani Shaalan, and his companions..

He pointed out that the Special Security Forces in Marib, in cooperation with other security services, were able to seize many cells that were closely linked to the Houthi militia and aimed to carry out terrorist operations targeting civilians and displaced persons and disturbing the peace and tranquility of society. .

He explained that the Special Security Forces were able to thwart many attempts to smuggle weapons, hashish and drugs through the road linking Marib. – Sana’a, and the security services, in cooperation with the armed forces and the honorable people of Ma’rib, succeeded in confronting many sabotage projects aimed at provoking chaos. .

Brigadier General Al-Siaghi said, “There are specific operations carried out by the security services, represented in thwarting the attempt to smuggle oils for missiles used by militias to bomb civilians, in addition to parts used in the manufacture of missiles, and everything that goes into the process of developing death tools used by militias against civilians.“.

Brigadier General Al-Sayaghi stated that many attempts to smuggle weapons to the Houthi enemy were prevented and thwarted, in addition to attempts to plant explosive devices on public roads and the outskirts of the city, adding ” A gang affiliated with the Houthi enemy was also arrested, which was working to locate the national army, vital places and camps, and handed them over to the competent authorities, and thwarted many infiltration attempts by militia cells, which were trying to enter the city of Marib.“.

He pointed out that the Special Security Forces arrested gangs that were preparing to carry out sabotage acts inside the city, where they were arrested in full, and their members, leaders and financiers were prosecuted, arrested and handed over to the competent authorities. .

He also affirmed that all previous operations and achievements were made before their occurrence or while arranging for their implementation. ” This is a feature that distinguished the security services at a high rate, enabling them to thwart operations and detect crimes before they occur .”

The Governor of Ma’rib, Major General Sultan al-Arada, directed today the establishment of a secondary primary school to meet the ... 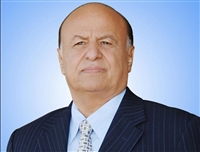