Top Stories The first human rights conference is held in Marib, and the participants demand an end to Houthi crimes

The first human rights conference is held in Marib, and the participants demand an end to Houthi crimes

On Monday, the first conference for human rights was held in Marib Governorate, with wide participation of human rights activists and representatives of local and international organizations, in coordination with the Social Affairs and Labor Office and the Human Rights Office in Marib.

The conference, which was sponsored by the President of the Republic and the Local Authority in Marib, was held through the Zoom program, and was chaired by the former Minister of Human Rights, Houria Mashhour.

The conference discussed several axes, most notably the definition of Marib and the policies of the local authority in the field of human rights, the human rights violations that civilians and displaced persons face in Marib, the role of international human rights organizations in reducing violations, protection risks in Marib governorate and its impact on human rights, in addition to the axis of women. The child in Marib, criminal responsibility in the Yemeni constitution and law, the focus of child recruitment violations, and the role of the National Commission to Investigate Human Rights Violations.

In the word of the local authority, the Undersecretary of Marib Governorate, Dr. Abd Rabbo Moftah, said that Marib Governorate is hosting 3 A million people, including more than two million displaced people 145 A gathering and camp, they took refuge from various republican governorates to escape the oppression of the Houthi militia Terrorist.

He added that this continuous displacement has formed a heavy burden on the limited public service facilities and the inability of the salvary authority to provide services to this huge number, which exceeds the population of the governorate by a percentage 400% .

Miftah appealed to international organizations and humanitarian partners to provide support to the local authority so that it can provide basic services to the displaced in the fields of health, education, electricity, water and sanitation.

Moftah warned that the Houthi escalation against Marib poses a real threat to the lives of civilians and displaced people in the governorate, which portends a disaster. Humane The international community cannot handle its repercussions.

And he called on the international community to classify the Houthi group as a group Terrorist For the crimes it has committed against civilians and the targeting of camps for the displaced and civilians in Marib Governorate, with ballistic missiles and indiscriminate shelling.

Moftah pointed out the need for the conference’s message to reach the international community and expose the Houthi militia’s ongoing practices and crimes against civilians from planting mines, recruiting children and school students, and throwing them into battles and other violations.

The conference came out with a set of recommendations, most notably the call to prosecute the Houthi group for its crimes in the deliberate and systematic targeting of residential neighborhoods and camps for the displaced in Marib Governorate with ballistic missiles, indiscriminate missiles and drones, and the planting of mines, devices and explosives in civilian objects and public roads. 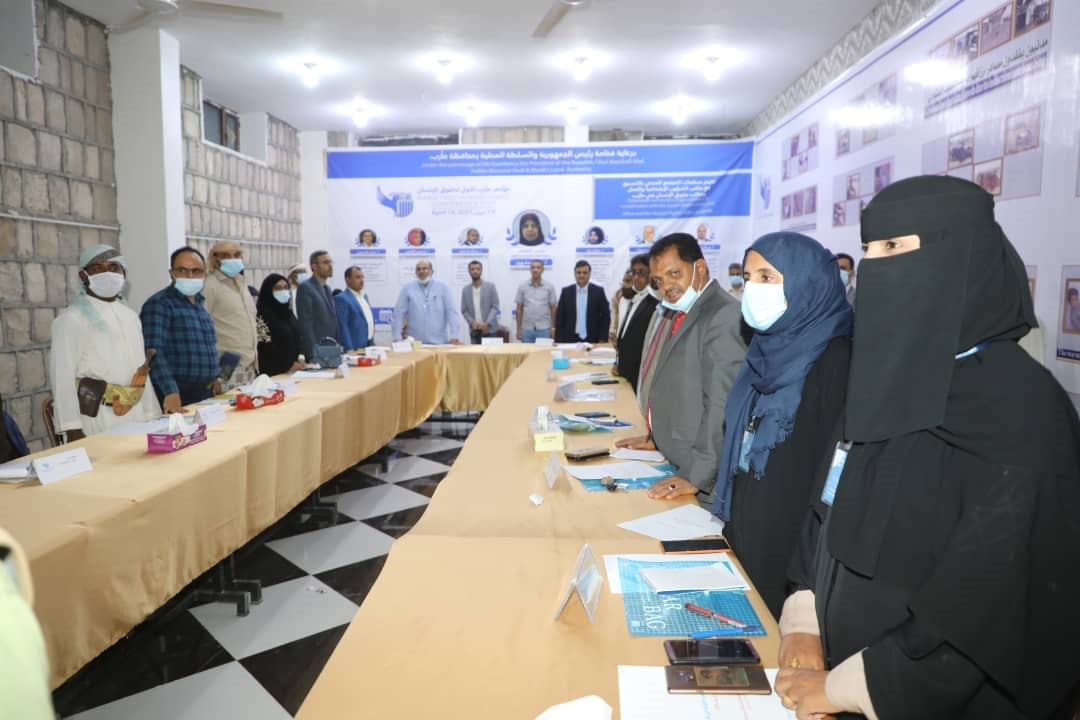 The conference also called for the Houthi group to be included in the lists of domestic and international prosecutions and penalties, and to call on the Security Council to work to stop the war and punish violators of human rights, and to adhere to impartiality in classifying criminals in accordance with international agreements, treaties and decisions. 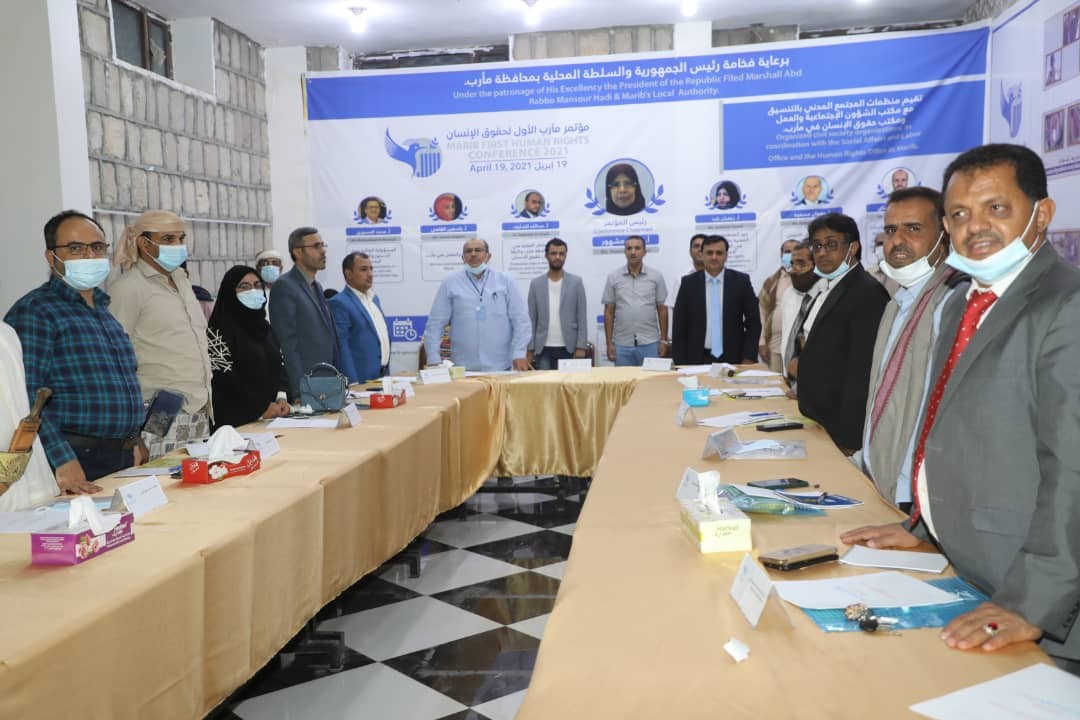 Al Houthi And the participants at Conference Convening Laying Limit Marib .. Sahwa Net Sahwa Net news site the awakening the first The human They claim To crimes To rights To whom

The Minister of Information, Culture and Tourism, Muammar Al-Eryani, and the Governor of Hadhramaut, Commander of the Second Military Region, ...

The Money Changers Association announced a partial resumption of cashiers’ activities in the temporary capital, Aden, three days after a ...

Confessions of the terrorist cell, which has been proven linked to the Houthi coup militia and Iran, and its involvement ...