The Yemeni government condemned, in the strongest terms, the Houthi criminal militia’s continued targeting of citizens’ homes and civilian and residential objects in the Ma’rib governorate, the latest of which was targeting the governorate’s governor’s house with two ballistic missiles in an attempt to kill the women and children living there, in a flagrant and repeated infringement of moral and humanitarian values ​​and a dangerous transgression of the authentic Yemeni principles.

The Ministry of Foreign Affairs indicated in a statement published by Saba Agency, that the lives of civilians and residents in Marib are permanently at risk due to the Houthi militia’s practices of killing by the most deadly and destructive means.

The ministry stressed that protecting civilians in wars is a humanitarian responsibility that falls on the shoulders of the entire international community, noting that the Houthi militia’s targeting of the Mocha commercial port and the destruction of its facilities and facilities to tighten the siege on the city of Taiz, and the public massacre carried out by executing nine innocent citizens on the 18th of this September And besieging the Abdiya area in Marib and preventing the delivery of food, medicine and baby milk to the population and the displaced in that area, are grave crimes against humanity that require a moral stance condemning these acts and putting an end to these violations.

The Ministry of Foreign Affairs and Expatriate Affairs called on the Security Council to assume its responsibilities and put an end to the Houthi militia’s violations and crimes against humanity. It called in the same regard for a broad international condemnation against the criminal practices of the Houthi militia, which increased its pace significantly and remarkably. 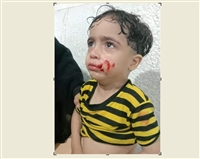 Citizens of Ibb Governorate, central Yemen, complained about the widespread spread of stray dogs in the streets and neighborhoods of ...

Gulf sources said that a Yemeni Gulf ministerial meeting will be held next week to discuss cooperation between the two ...

The Houthi militia continued to loot hundreds of locomotives carrying fuel from government areas to areas controlled by the Houthi ...