Prime Minister Dr. Maeen Abdul-Malik affirmed that all arrangements have been completed and government institutions and the Central Bank are ready to accommodate the pledges announced to support Yemen, especially from the brothers in the Kingdom of Saudi Arabia and the United Arab Emirates.

This came while he chaired, today, Monday, in the interim capital, Aden, a meeting to discuss the economic and service conditions, and the readiness of various government institutions to meet urgent needs, and absorb pledges.

The Prime Minister stressed the need to raise the level of government performance in line with the current developments and changes, focus on achieving standards of transparency and integrity, and continue implementing government reforms in the economic, financial, administrative and monetary fields.

He pointed out that the political change that took place with the formation of the Presidential Leadership Council gives a great impetus to speed up the implementation of urgent reforms, which will be reflected in the daily lives and livelihoods of citizens.

The meeting heard a report from the Governor of the Central Bank of Yemen, Ahmed Ghaleb, on the package of measures implemented by the bank during the last period to control exchange rates and ensure their stability, regulate the financial market and the level of progress made in implementing monetary reforms.. They reviewed the results of the ongoing coordination with the brothers in Saudi Arabia and the UAE to accommodate Announced support for the Central Bank.

The Minister of Planning and International Cooperation, Dr. Waed Badeeb, also talked about the plans that were discussed with the brothers in the Kingdom and the UAE to arrange the needs and priorities for aspects of economic, financial and service support in the short and medium term, and other aspects of support in other fields.

Referring to the ongoing coordination with Yemen’s development partners, brothers and friends, to provide more support during the coming period.

The Acting Director of the Oil Company, Tariq Mansour, presented a report on the supply and price conditions of oil derivatives and the available stock of them, to meet the needs of citizens and vital sectors.

Pointing to the level of implementation of the Prime Minister’s directives to urgently provide oil derivatives to power stations in the temporary capital, Aden, and the ongoing arrangements to supply additional quantities, to meet the needs of this summer.

The Hadhramout Tribes Reference in Seiyun organized a poetry evening coinciding with the opening of the Hadhramout Cultural Diwaniyah, in ... 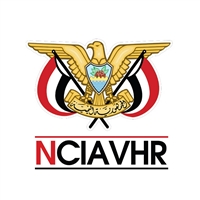 The National Committee to investigate allegations of human rights violations said, “It investigated the killing and wounding of 1,237 civilians, ...