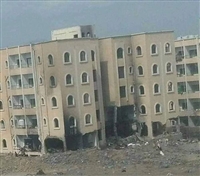 The Minister of Information, Culture and Tourism, Muammar Al-Eryani, carried the Houthi militia terrorist Affiliate for Iran Full responsibility for the safety of thousands of abducted politicians, media professionals, journalists, activists and citizens forcibly disappeared in what is known as Al-Saleh Complex detention center, east of Taiz, after the explosion of a store of weapons and ammunition in one of the basements of the complex.

Muammar al-Eryani explained in a statement to the Yemeni News Agency (Saba) that since its coup against the state, the terrorist Houthi militia has taken prisoners and kidnapped as human shields, and has transformed camps, command and control centers, weapons stores, ballistic missiles and drones, into places for their detention, and dozens of people were killed, including politicians and media professionals. and journalists.

Al-Eryani indicated that the terrorist Houthi militia continued, despite all warnings, to take civilian objects as stores for weapons and ammunition, and innocent civilians, including the kidnapped, in its illegal detention centers as human shields, endangering their lives in a war crime and flagrant violation of international laws and covenants.

Al-Eryani called on the international community, the United Nations and human rights organizations to pressure the Houthi terrorist militia to stop using prisoners and abductees as human shields, and immediately implement the Sweden agreement regarding their exchange on the basis of (all for all), and to prosecute militia leaders and try them as “war criminals”.

Prices and their fluctuations are the talk of the street here in the governorate of Aden these days, especially with ...

The Minister of Defense, Lieutenant-General Muhammad Ali Al-Maqdashi, praised the high morale and combat efficiency of the leaders and heroes ... 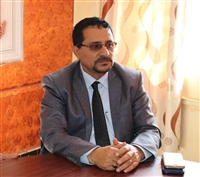 The Mobilization and Attribution Committee of Al-Mahwit Governorate in the city of Marib held a periodic meeting to discuss the ...