The Ministry of Defense and the General Staff held a reception and honoring ceremony for the liberated army and resistance heroes, the kidnapped and forcibly disappeared, in the presence of the Minister of Defense, Lt. Gen. Muhammad Ali Al-Maqdashi, the Governor of Saada Governorate, Major General Hadi Tarshan, the Undersecretary of the Ministry of Interior, Major General Muhammad Salem bin Abboud, the Undersecretary of the Ministry of Oil, Engineer Shawqi al-Mikhlafi, and the head and members of the team The government negotiator and a number of provincial agents, military and security leaders, social figures and the tribe.

At the ceremony, the Minister of Defense, Lieutenant General Al-Maqdashi, conveyed to the editors the greetings and congratulations of the political leadership represented by the President of the Republic, the Supreme Commander of the Armed Forces, Field Marshal Abd Rabbo Mansour Hadi and his deputy, Lieutenant-General Ali Mohsen, and the Prime Minister, Dr. Muin Abdel-Malik, who paid great attention to the exchange file and continued continuous follow-up and made concessions after concessions before Salaf The intransigence of the rebel Houthi militia.

Al-Maqdashi congratulated the liberated from the heroes of the armed forces and the resistance men who had fallen into the hands of the militia who had tasted them the forms of torture and abuse, and all the free of the kidnapped, detained and forcibly disappeared who had been absent from the Houthi terrorist militia for long years, injustice and aggression. He also congratulated all the honorable members of the Southern Resistance and the Joint Forces who had regained their freedoms, as well as the fraternal heroes of the sons of the Saudi duty forces and the Sudanese force and the participating force in the Arab coalition forces in support of the legitimacy and their return to their families and families.

And he expressed pride and pride in the positions and sacrifices of the Arab brothers as well as the Yemeni people to get rid of the clutches of the priesthood, oppression, burying dreams and illusions of returning to the imamate and colonialism and confronting the Iranian-Persian project and its sabotage tools.

He thanked the Minister of Defense for all the efforts made to create this joy, and especially thanks to the government negotiating team and all the organizations, bodies, events and initiatives that took upon themselves the duty to defend the oppressed.

Lieutenant General Al-Maqdashi confirmed that the leadership of the Ministry of Defense will continue to do everything it can to secure the release of all the disappeared and forcibly disappeared, and to provide the necessary care for the liberated heroes.

He said that the great joy will be the achievement of the great victory and victory for all the oppressed, oppressed, homeless and displaced. 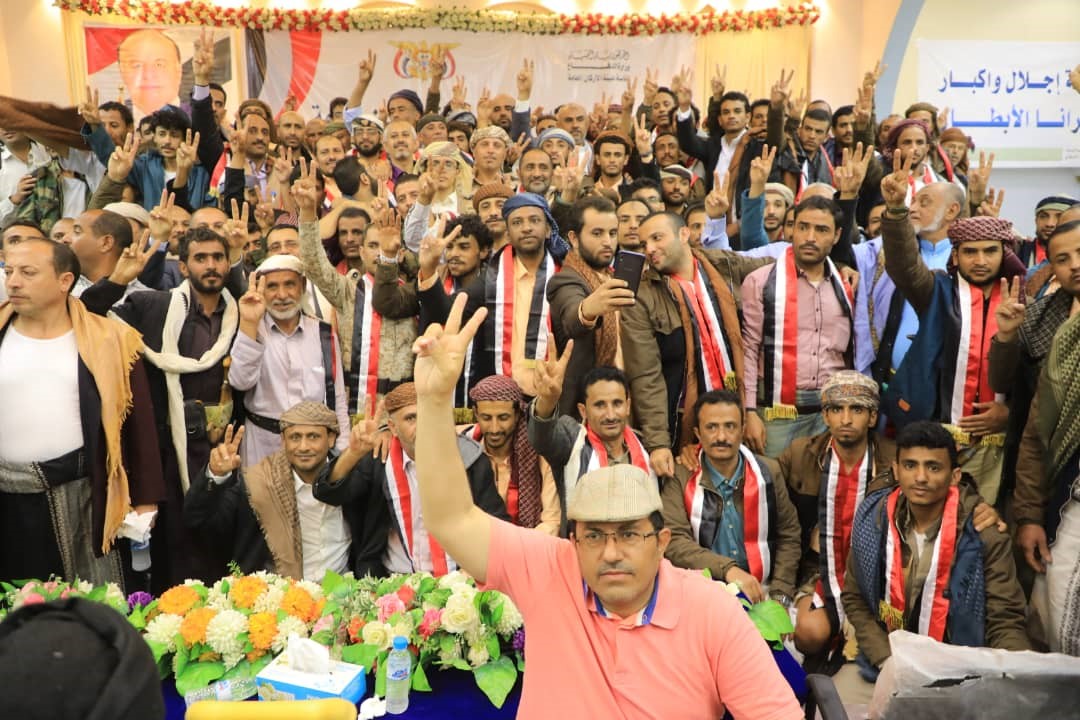 He renewed the covenant and promise to our people and heroes to restore freedom and dignity to Yemen, the whole of Yemen, and “to restore to our homeland its happiness, stability and sovereignty.”

He added: “Our eyes will not open, and our consciences will not calm down except with the liberation of our entire country and the purification of every grain of the precious soil of the homeland from the filth of the imamate, colonialism and Iranian evils, so that our people can enjoy freedom, a decent life, its identity, civilization and its rightful place among peoples.”

During the ceremony, the liberated heroes were awarded certificates of appreciation from the Ministry of Defense, in appreciation of their sacrifices and heroism in the face of the rebel Houthi militia and defending the revolution and the republic and their great gains. 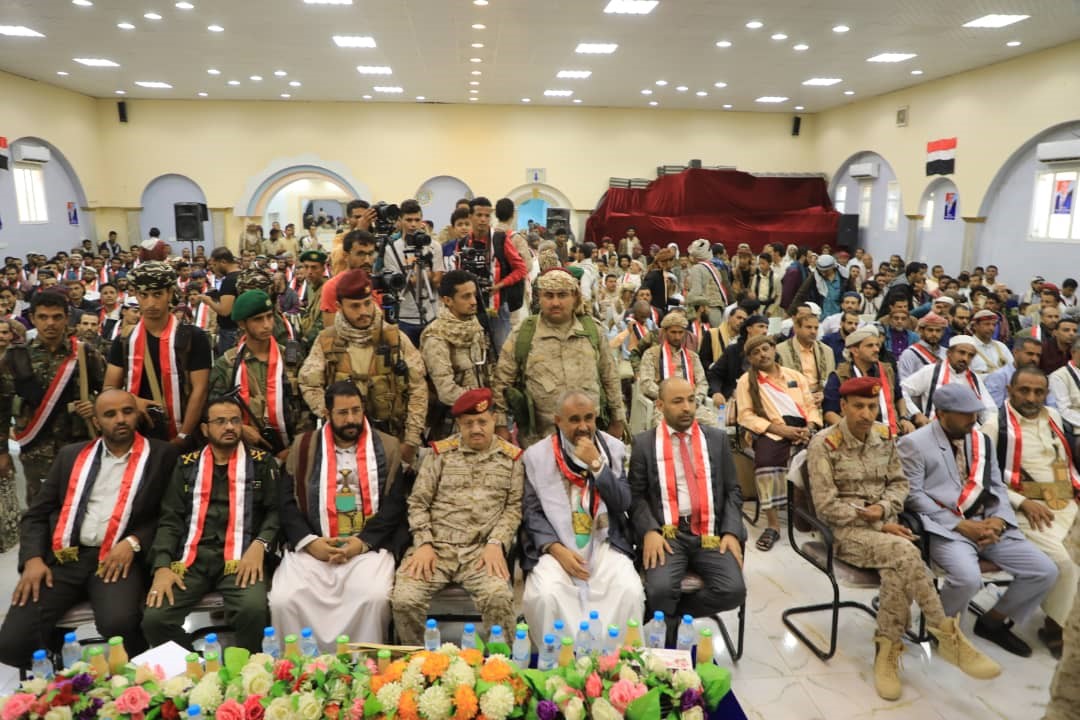 Today, the Saudi Program for the Development and Reconstruction of Yemen organized a ceremony honoring the delegation of our national ...

Member of the Supreme Council of the Yemeni Congregation for Reform, Head of the Parliamentary Bloc, Representative Abdul Razzaq Al-Hajri, ...

Today, the Parliamentary Committee in the city of Marib held a meeting with the military judicial control officers, to review ...