The Islah Party is rushing to respond to all calls and initiatives, whether at the local, regional or international levels, calling for an end to the war and the suffering of Yemenis and the restoration of the state and its institutions.
Since the militias took control of Sanaa in September, 2014The Islah Party responded and participated in all initiatives that would spare the country from slipping into conflict, and after the launch of the Al-Hazm capital, the party blessed and supported all initiatives calling for stopping the war, ending the coup and returning the state and its institutions.
and started Last Monday, the Special Envoy of the Secretary-General of the United Nations to Yemen, Hans Grundberg, held political consultations, including his meeting with delegations from the political parties: Islah, the Conference, the Socialist and the Nasserist.

The Islah party delegation met with the UN envoy, last Tuesday, where the delegation presented the party’s vision for a solution, ending the war and restoring the state.

The Islah party’s vision of the solution was summed up in that the political arrangements should come later than the necessary security and military arrangements, and that the coup militia handed over arms to the state as the first essential step, and that any negotiations for a political solution in Yemen should take place with legitimacy as a legitimate party, and the Houthis as a coup party.
One of the main points made by the delegation was the economic and humanitarian situation caused by the Houthi militia, in addition to the UN envoy’s demand to condemn the Houthi militia in international forums.

Why the three references?

Politically, the members of the delegation affirmed that the foundations of the political solution in Yemen are the three references represented, and that there are no alternative solutions that can be relied upon as references for the political solution, as it has won and enjoys the unanimity of all parties except for the terrorist Houthi militia, which sees that weapons are its only means of monopolizing power. Power is either taken with arms or left with arms.
The delegation provided the UN envoy with clarifications regarding the three political references. The Gulf initiative sees the party’s vision as having created equitable solutions that satisfied the former regime and the youth of the revolution. 11 February.

While the outcomes of the national dialogue represented the juice of the Yemeni political mind from various currents to resolve the country’s chronic crises, and put an end to centralization and corruption, and to ensure the equitable distribution of wealth and broad participation in power for all components of society, and all parties and political components agreed on it.
While the Security Council resolutions, foremost of which is Resolution 2216, aimed to correct the imbalance and emergency distortions in the Yemeni body, in order to ensure the success of the transitional process and political consensus.

Handing over weapons to militias..the most important rule

Islah and all Yemenis realize that any political negotiations without any military or security solutions are doomed to failure, as the militias resort to weapons to impose their coup and return the situation to square one, and that the militias have thwarted all previous negotiations, whether local or foreign, evidence that they believe only in weapons and not in dialogue. and politics.

Therefore, Islah believes that handing over the militia’s weapons to the state is an essential issue, and that this is the most important rule in any security arrangements.

The Islah leadership also confirmed that the negotiation procedures for the final solution, when reached, should be between the legitimate government as a legitimate party, and the Houthi militia as a coup party, in order to avoid any new political maze.

And that any parties that want to participate in negotiations for a political solution, this requires them to first implement the full implementation of the Riyadh Agreement signed between the legitimate government and the so-called “Transitional Council”, including the security and military part of the agreement, considering that this is a procedure that guarantees the entry of all anti-militia components Houthi under the framework of legitimacy.

The economic and humanitarian situation

The Islah delegation noted the importance of the economic arrangements paving the way for a political solution, by placing economic institutions and resources under the authority of the state, restoring all property, institutions, companies and funds confiscated by the Houthi militia, and stopping illegal levies, and that this is the most prominent message of peace that the Houthi militia must present to prove Its good intentions and seriousness in responding to a political solution.

The Islah vision considered it illogical to engage in the peace process at a time when the militia continues to violate the rights of citizens in its areas of control and practices terrorism in all its forms and forms based on violence, terrorism, muzzling, arbitrary arrest, enforced disappearance, torture in prisons, death sentences, and the release of detainees. Opening the siege imposed on Taiz for years, stopping the procedures and levies it imposes on citizens in its areas of control, and alleviating their suffering.

The delegation also stressed the need for the UN envoy to condemn the Houthi militia’s ballistic missile attacks on civilians in Marib, to include these crimes in his briefings to members of the Security Council, and to shed light on their terrorist attacks on Saudi Arabia and the UAE.

The consultations launched by UN Envoy Hans, in the coming weeks, will begin to consult with more than 100 Young men and women, from political parties, the security sectors, the economy, and civil society organizations in Jordan and Yemen.

Al-Sahwa Net news website Amman at Awakening Net delegation Encounters envoy fix Highlight internationalist.. points put it up the awakening To whom Which With

Yemen’s Deputy Permanent Representative to the United Nations, Minister Plenipotentiary Marwan Noman, said that “the number of children recruited into ... 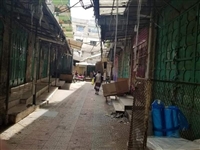