The National Alliance of Political Parties and Components welcomed the invitation of the Cooperation Council for the Arab States of the Gulf for Yemeni-Yemeni consultations at the headquarters of the Council’s General Secretariat.

In a statement today, the coalition considered this call a real opportunity for serious discussions and solutions to the Yemeni crisis to ensure the end of the coup, the restoration of the state and the achievement of a comprehensive and sustainable peace based on the three recognized references represented in the Gulf initiative, its executive mechanism, the outcomes of the comprehensive National Dialogue Conference and Security Council Resolution No. 2216.

The National Alliance denounced the way the Iranian-backed terrorist Houthi militia dealt with the call and bombed civilian facilities in the sisterly Kingdom of Saudi Arabia and liberated Yemeni cities with drones and ballistic missiles that the Houthi militia obtained from the Iranian regime.

This behavior was considered complete evidence of the Houthi militia’s rejection of peace calls and its insistence on continuing the war, indifferent to the suffering of Yemeni citizens as a result of the unjust war ignited by the militias with the support of the Iranian regime seeking expansion and destabilization in the region.

Al-Sahwa Net news website Alliance at Awakening Net by invitation Consultations For parties Gulf Riyadh the awakening the National to hold To whom Welcomes Yemeni:

Yemeni scholars, preachers, intellectuals and academics have stressed the importance of confronting the process of changing the educational curricula that ...

The Governor of Hadhramaut Governorate, Commander of the Second Military Region, Major General Faraj Salmeen al-Bahsani, said, “The 30th of ... 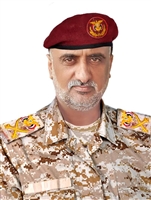