Top Stories The National Alliance: the historical responsibility of the parties to mobilize all energies to end the coup

The National Alliance: the historical responsibility of the parties to mobilize all energies to end the coup

The parties of the National Alliance of Yemeni political forces raised the highest verses of congratulations and blessings to the political leadership represented by the President, Abd Rabbo Mansour Hadi, the President of the Republic, and to the Yemeni people and their armed and security forces and all their living forces for resistance and defending the values ​​of independence, the republic and national unity, on the occasion of the fifty-third anniversary of the glorious national independence 30 From November 1967 AD.

A statement issued by it, and the agency “Saba” published a copy of it, confirmed that this occasion resolves and our Yemeni people are fighting the battle of liberation and construction, the battle to restore the state and the return of legitimacy to all parts of the homeland, embodying the independence of the national decision and the protection of Yemen’s sovereignty and preservation of its unity .. indicating that the Yemeni people are fighting Whoever has triumphed and whose goals have been achieved, he is writing with his national army a new page of struggle and struggle to confront the remnants of the imamate and its bloody dynastic project, which wants to return the homeland and the people to the past and its tragedies.

The statement pointed out that the historical responsibility of the parties today, as national forces, is to direct all their energies and capabilities towards the national battle of restoring the state and ending the Houthi priestly coup and thwarting its malicious goals in bulldozing national identity and restoring the reality of extremism, fragmentation and fragmentation .. noting that today’s battle is the battle of the Republic in Confronting the racist imamate, and this requires us to strengthen our national unity and line up behind the legitimate political leadership represented by the President of the Republic, Field Marshal Abd Rabbo Mansour Hadi, and support and support the army and popular resistance until the desired victory is achieved by restoring the state and extending the authority of its constitutional institutions over the entire country.

He said, “Our battle today is just as it is a national battle. It is also a national battle, in which the Arab coalition, led by the Kingdom of Saudi Arabia, stands in support and support for the Republic of Yemen in the face of the Iranian project. From this standpoint, the National Alliance of Yemeni political parties and forces affirms its steadfast position in support of all that It would strengthen the joint work between the Yemeni legitimate leadership and the leadership of the Arab coalition that supports it until victory is achieved over Iran’s agents in Yemen and the whole Arab countries. ”At the conclusion of the statement, praying to God for mercy to the martyrs, healing for the wounded, freedom for prisoners, victory for Yemen and its great people, and shame and disgrace for the remnants of the imamate and colonialism . 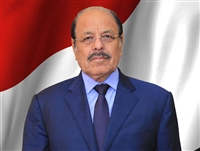