The President of the Presidential Leadership Council, Dr. Rashad Muhammad Al-Alimi, called on regional and international organizations and bodies to resume their activities from the liberated governorates, in light of the stability of the work of the higher state institutions from within the country.

This came during his meeting at his residence in the Qatari capital, Doha, with the CEO of Qatar Charitable Society, Yousef bin Ahmed Al-Kuwari.

President Al-Alimi praised the humanitarian support provided by the State of Qatar to relieve the Yemeni people and alleviate their suffering caused by the Houthi coup backed by the Iranian regime.

He stressed the council’s keenness to provide all facilities to Qatari organizations and bodies, and to employ their support for priority service sectors.

For his part, the President of Qatar Charity praised the bilateral relations between the two countries, stressing the Society’s readiness to activate all agreements signed with Yemeni government institutions.

In the meeting, the Ministers of Planning and International Cooperation, Dr. Waed Badeb, and Public Health and Population, Dr. Qassem Buhaibah, talked about the priority sectoral needs for urgent support, including health services, and alleviating the suffering of the population and the displaced, victims of the war ignited by the coup militia.

An official source in the Saudi Ministry of Energy said, today, Friday, that the petroleum products distribution station in northern ... 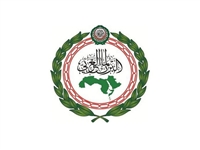 Today, the University of Sheba Province approved the description of 32 academic programs in bachelor’s and master’s courses in various ...