Infotech The social and solidarity economy, the meaning of history

The social and solidarity economy, the meaning of history 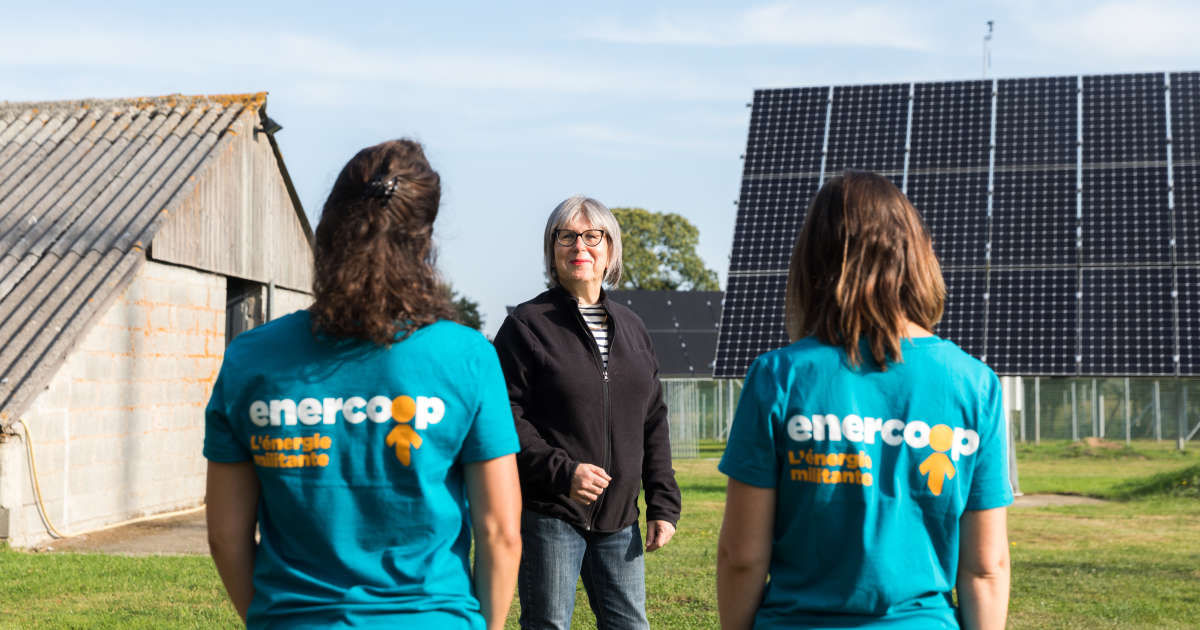 They call themselves the “Licoornes”, and no, there is no spelling mistake. In June 2021, these nine companies decided to make themselves known to the public under this name – the two “o’s” being there to remind them of their cooperative status. Cooperatives, like at the time of Charles Gide, the French pioneer of the solidarity and social economy (ESS) whose 90th anniversary is being commemorated this year? A little yes.

But if the Unicorns have precisely chosen a term that evokes the unicorns, these flourishing start-ups of Silicon Valley, it is to claim a new face. As if to say that the SSE, which therefore brings together cooperatives, but also associations, foundations and mutuals, has changed.

Admittedly, its values ​​– the mutualist spirit, the integration through employment of people with disabilities or precariousness, the principle of “one man, one vote” – are centuries old, but it also has a plethora of young shoots which have invested in the most cutting-edge sectors of our 21stand beginning of the century: energy (with Enercoop), business financing (with La Nef), car-sharing (Citiz), bicycle delivery (CoopCycle) and even mobile telephony (TeleCoop). Marion Graeffly, co-founder of TeleCoop, explains:

“With the Licoornes, we wanted to demonstrate that these new sectors can also take into account the collective interest and the environmental transition. That they do not necessarily rhyme with exploitation and competition at all costs. »

And this is not just a speech. Launched in November 2020, its box breaks concretely with many uses of other package distributors. It has thus refused to venture into 5G, is trying to dissuade its 4,000 customers from buying new laptops (“The good mobile is the one we already have” is the house motto), encourages them to control their time spent in front of screens and even tries to convince them to use 4G as little as possible, “ because it consumes three times more energy than wi-fi”.

In short, TeleCoop seems to be sawing off the branch on which it is sitting! “But not at all in reality, because our objective is not profit, corrects Marion Graeffly. The first is to help spread the practices of sobriety, sustainability in society. » In other words, to seek profit like any private company, but not at any social and environmental cost. And above all, to make profit a means to pursue one’s ambitions, and not an end in itself.

The watchword is the same on the side of Enercoop, another Unicorn, founded this one in 2005 and with 250 employees. “We claim the qualification of ”militant supplier”, by only buying French renewable electricity under direct contract, in particular from wind and photovoltaic energy”, emphasizes Eugénie Bardin, in charge of public affairs.

“Activist” also because, as in all cooperative societies of collective interest (Scic), Enercoop customers can imitate the employees of the company and become members. Clearly, owning shares of the capital, therefore obtaining the right to vote in general meetings on its main strategic lines – a privilege which in an ordinary company is reserved solely for holders of shares. Enercoop’s customers thus “weigh” 20% of the votes and the employees, 15%.

“This renewed governance is proof that democracy can find its place everywhere, including in companies, a space of activity that we wrongly believe is not made for it.underlines Eva Sadoun, founder and president of the LITA.co investment platform which, after eight years of existence, brings together 30,000 investors. Proof also that the company is not only there to enrich a few, that it can rely on cooperation rather than competition, on ecological and social innovation rather than profit at all costs. In short, one can exist and prosper in a capitalist society while being, by the values ​​that one carries, anti-capitalist. »

It is on this magnificent singularity that the sociologist Anne-Catherine Wagner looked into her field survey devoted to cooperative societies (Scop). She explains :

“The motivations for participating in this economy are varied. The common point is the search for a “meaningful” job. And much time and money can be sacrificed to this ideal. Indeed, the salaries of the ESS are rather lower than elsewhere – those of the executives, in any case – for a rather higher investment in energy. But for those who ”are there”, workers or executives, it is often exhilarating to manage a strategy together, to have the feeling of making a contribution to the building. »

Charles Gide, the founding father of the solidarity economy

This year celebrates the 90th anniversary of the death of a very – too – discreet hero named Charles Gide (1847-1932). The uncle of André Gide, jurist, economist and professor at the College de France, did not invent the social and solidarity economy, imagined from the end of the 18thand century. But it was he who gave it a modern, political spin, stripped of the tinsel of Christian charity, as Timothée Duverger, historian and associate professor at Sciences-Po Bordeaux explains:

“From the end of the 1880s, he dreamed of creating a “Cooperative Republic”, a system where consumer cooperatives would conquer the industrial and agricultural sectors to replace capitalist enterprises.. But he is neither a socialist nor a communist: his inspiration is rather Anglo-Saxon and, at the start, he does not wish to give too much power to the State. »

The model on which Gide is building everything is not the cooperative of Scop-type employees, but that of consumers, like the current Camif. Where those who buy, primarily concerned by the quality of what is produced, have every interest in participating in governance. “At the XXand century, the rise of the welfare state, which took charge of the social question, coupled with the success of the capitalist model marginalized his thought somewhat, admits Timothée Duverger. But the role he gave to the consumer remains surprisingly modern. »

At a time when the French are demanding more than ever to be considered, when “participatory democracy” is adorned with all the promises, the SSE seems to be at the right time! However, it still weighs relatively little in the debates, regrets Jérôme Saddier, president of ESS France, and author of “For an economy of reconciliation”:

“It’s a paradox: the SSE is everywhere in our daily life – in cooperative supermarkets, in mutual insurance companies, in associations, in the banking sector which could not exist without it… But it is not known to the public , still very little taught, and too often ignored by elected officials, such as de Bercy. »

For Eva Sadoun, this marginalization is also a reason for misunderstanding: “There are not enough State mechanisms that encourage SSE companies and so-called “impact” companies [n’appartenant pas juridiquement à l’ESS mais ayant reçu un agrément Esus (Entreprise solidaire d’utilité sociale) qui leur reconnaît leur rôle social et/ou environnemental]. We do not benefit from any tax advantages and have limited access to takeover bids due to the “vice premium” which influences our prices – what was recently voted is around 10% for public contracts for the social economy when it should be 50% or 80% which should respect social and ecological criteria! »

This is another paradox, noted by Jérôme Saddier:

“The SSE carries all the values ​​of responsible business and ecological transition that young people, in particular, are calling for: employee involvement, management transparency, limitation of the environmental impact, concern for suppliers and territories… It should therefore be at the heart of all policies to eventually become the standard that will regulate the economy of tomorrow! »

Are habits hard to change? One thing is certain: the cooperative model is also a factor of resilience for companies belonging to battered sectors, such as industry. It is not Arnaud Chevalier, the manager of Delta Meca, a machining and boilermaking SME located a stone’s throw from Nantes, who will say the opposite: since this classic company became a Scop in the hands of its employees in 2015, it had to face economic ups and downs.

But, he says, the thirty employee shareholders of Delta Meca have been able to unite, “because it is obvious that an employee associated with the strategy of his company better understands the issues, can get more involved. It’s not the miracle solution, but, in the event of a hard blow or when we are late, the staff mobilizes spontaneously. If Delta Meca loses money, we all lose it “. This feeling of being “in the same boat” is a constant in the SSE sector.

Adapt the cooperative model to the uses of the workforce

Claire Dubien thus remembers the turmoil crossed by Solidatech, a company for which she is responsible, located in Deux-Sèvres and specialized in the reconditioning of computer hardware and software. Turmoil that forced it into a social plan and the loss of a quarter of the workforce. “It was very hard to live with, because Solidatech is a family spirit, she remembers. But the boat did not sink. We held together. “Today, her business has recovered and is doing so well that she is now struggling… to recruit.

“The profiles we are looking for are quite high-tech, so there is a bit of a shortage. In addition, those who sign with us agree to limit their salaries. It is not easy. We are even considering making the grid more flexible from 1 to 3, between the lowest and highest salaries, because our teams working in Paris have a cost of living there that we can no longer keep up with. »

The challenge is there: adapting the cooperative model to the current uses of the workforce. “For a long time, the staff of the cooperatives was hyper committed, hyper invested, ready to give everything to the collective, emphasizes Anne-Catherine Wagner. This has not disappeared, but part of the employees now also includes those who, in the evening, ”want to go home”. In their eyes, the cooperative spirit is important, but not to the point of setting aside their family life. » Sacrifice is no longer relevant. The commitment is intact.

On the occasion of the 90th anniversary of the death of Charles Gide, theoretician of the social and solidarity economy, “l’Obs” and the Crédit coopératif invite you to a great evening in honor of companies (cooperatives, associations, companies labeled Esus favoring the objectives of progress and respect for the environment and social democracy) Tuesday May 17 at 6:30 p.m. at the auditorium of “l’Obs” (67/69 av. Pierre-Mendès-France, Paris-13and). 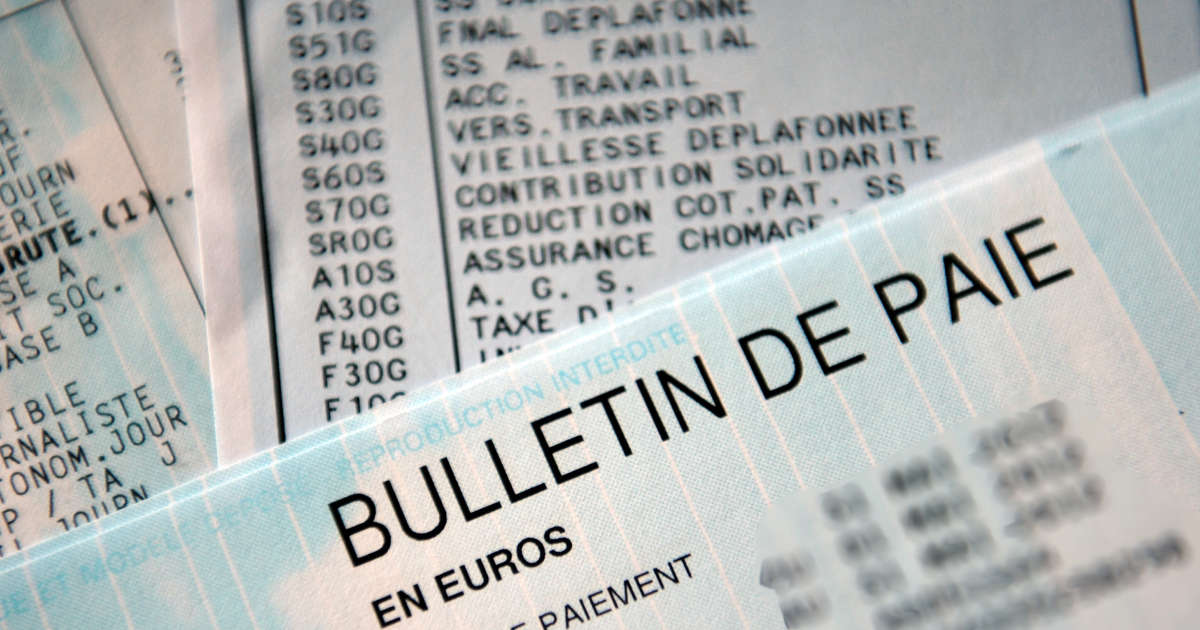 The minimum wage will automatically increase on 1er May by 2.65%, i.e. a monthly increase of around 34 euros net, ... 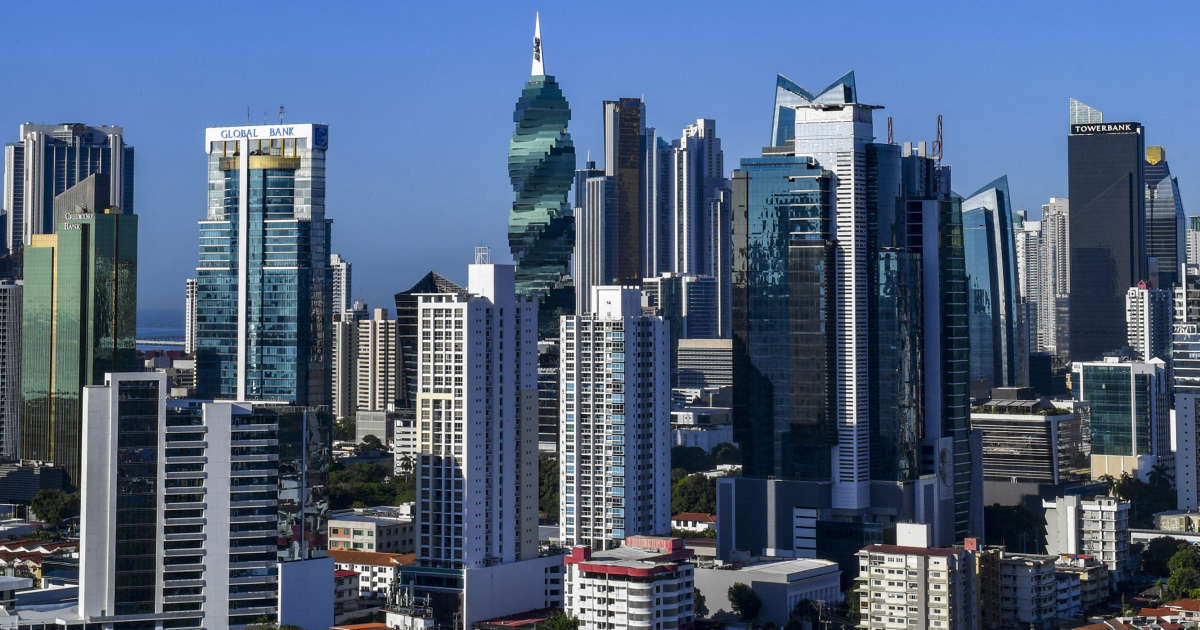 They hid money in tax havens. More than 300 politicians from around the world, as well as stars and criminals, ... 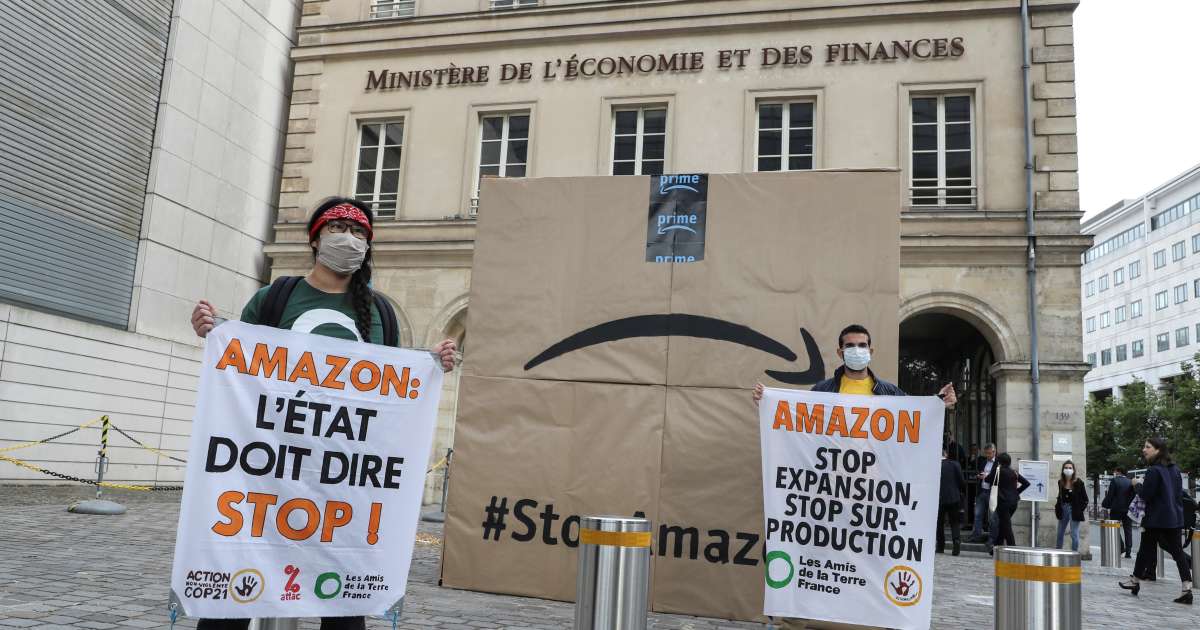 Jeff Bezos hates taxes. He may be the richest man on the planet, sitting on 157 billion euros, boasting billions ...