Today, Saturday, the Women’s Department of the Yemeni Rally for Reform in Al-Mahra Governorate organized a rhetorical and artistic celebration on the occasion of the 30th anniversary of the founding and the Yemeni revolution holidays, September 26, October 14 and November 30.

In the celebration that was held in the city of Al-Ghaydah, the capital of the governorate, the head of the Women’s Department of Al-Mahra Reform, Samira Irfan, said in a speech that the anniversary of the founding of Islah and the days of the Yemeni revolution are coming today while Yemen is experiencing very difficult tragic conditions in addition to the deterioration of the local currency, which has exacerbated the bad The living conditions of Yemenis are deteriorating.

She indicated that the Reform Women’s Department, while commemorating this great memory, remembers the constellation of the founders of this ancient organization, has mercy on those who have passed away, and wishes health and wellness to those who remain.

She praised the efforts made by the local authority, represented by Governor Muhammad Ali Yasser, in providing women with the opportunity and empowering them in a number of government facilities and giving them job contracts similar to her male brother, wishing to increase the percentage of women’s presence on the ladder of public administrations in the governorate so that they could provide their expertise and skills to serve the skilled.

She emphasized that the next battle is an identity battle in light of the Houthi militia’s endeavor to obliterate the free Yemeni identity and replace it with the identity of submission and subservience to the priesthood, calling on everyone to be up to the challenge.

For her part, Mansour’s sit-in gave a speech of female reform students, stressing the importance of instilling belonging and love for the nation in the hearts of girls and sacrifice for it.

She indicated that Islah attaches priority to instilling patriotism in the hearts of reform girls because of its importance to preserve national gains and make efforts to develop and advance the country. 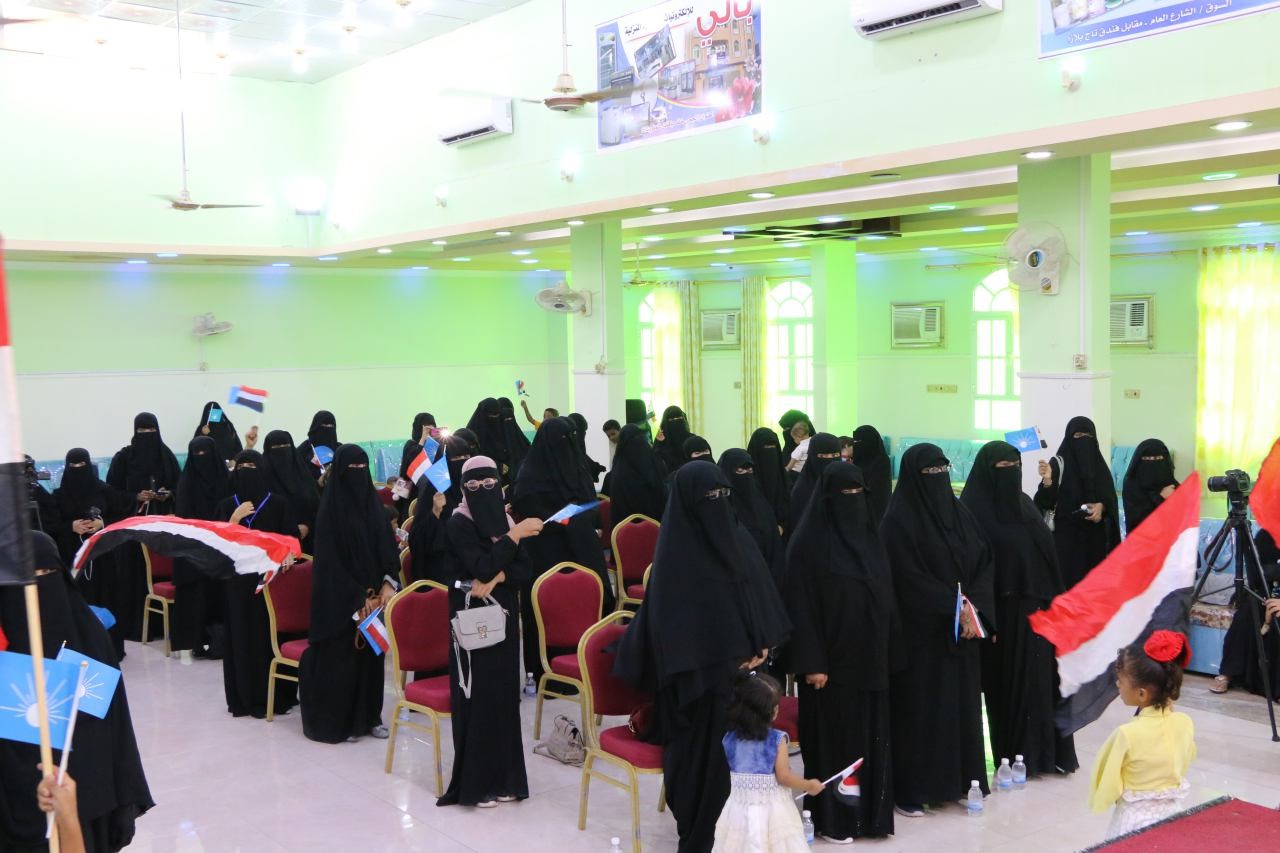 In the celebration, a poem was presented in love with the Prophet Muhammad, may God bless him and grant him peace, and artistic connections that were well received by the audience.

The celebration was attended by a large crowd of members and supporters of the Yemeni Gathering of Islah in Al-Mahra Governorate. 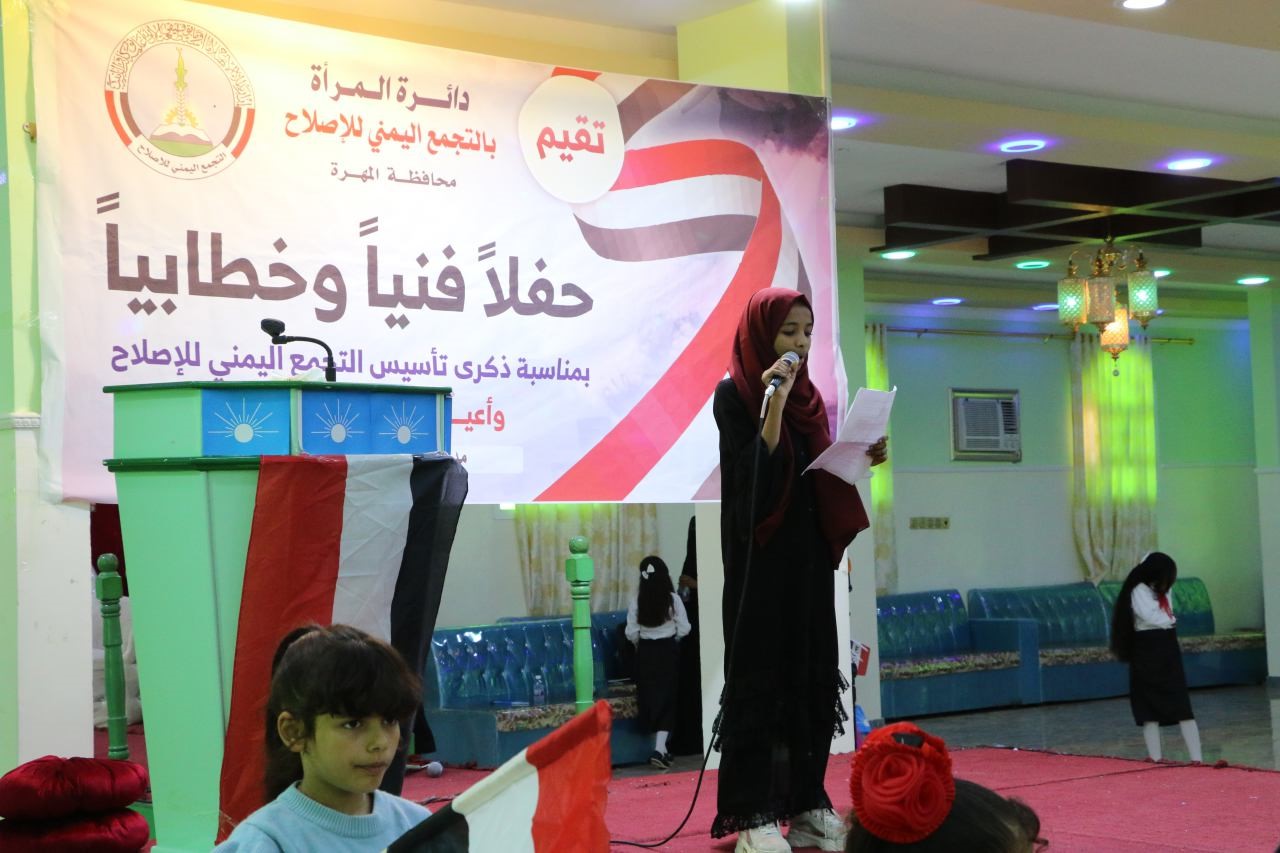 The Sam Organization for Rights and Freedoms uncovered collusion, coordination and cooperation between the Iranian-backed Houthi militia, and the so-called ...

Recently, popular discontent has increased in the areas under the control of the terrorist Iranian Houthi militia, due to the ...

The first British special envoy to prevent famine and humanitarian affairs, Nick Dyer, warned against thousands of Yemenis facing the ...