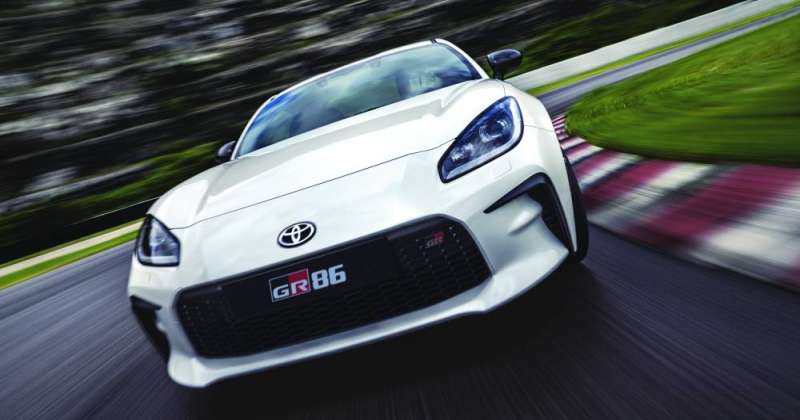 Sports car enthusiasts in Kuwait can look forward to the exciting addition to the GR range from Toyota, after Mohammed Naser Al-Sayer & Sons launched the all-new Toyota GR86 during the Gulf Grand Prix that was recently held in Kuwait Motor Sports City.

The new stylish and modern coupe is a distinguished addition to the range of Toyota sports cars in the “GR” category, which is being developed by the TOYOTA GAZOO Racing division, which specializes in motorsports, to provide an opportunity for a wider range of drivers to enjoy the superior handling and performance offered by sports cars. 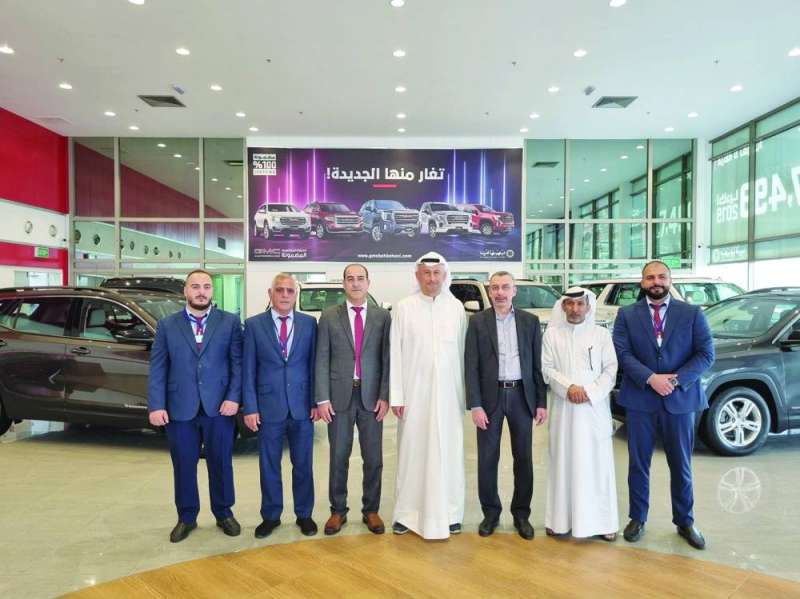 The new coupe retains the classic configuration of the previous GT model represented by the front-mounted engine and rear-wheel drive system, and is designed to elevate the fun driving experience for which it is famous.

The development of Toyota GR models fulfills the company’s mission of leveraging the expertise and know-how gained under the harsh conditions of various motorsports competitions with the aim of developing the best vehicles ever.

The chief engineer responsible for the development of the new Toyota R86, Yasunori Suizawa, said that the mission of the new vehicle lies in introducing a wider segment of the public to the world of the brand’s sports vehicles in the “GR” category, and enabling them to enjoy driving it.

He added that for this reason, Toyota’s main goal during the development of this vehicle was to draw a smile behind the wheel, by developing a car that would meet the aspirations of fans of sports models, and be powerful and fun to drive at the same time, pointing out that it had succeeded in achieving this. Significantly, as the new “Toyota GR86” provides strong and satisfactory performance, which truly embodies the spirit of the brand’s sports vehicles in the “GR” category.

For his part, the chief representative of the representative office of Toyota Motor Corporation in the Middle East and Central Asia, Kei Fujita, expressed his happiness at launching the new Toyota GR86 to customers in the Middle East, pointing out that it constitutes a qualitative addition to the brand’s sports-class vehicles. “GR”, as it provides more stability, power and enhanced dynamism.

He said that the vehicle was designed by passionate Toyota engineers to meet the aspirations of sports car enthusiasts, indicating that it is not only aimed at experienced people, but is also designed for all drivers who are also looking to discover its advantages and capabilities, whether on ordinary roads or racetracks.

Fujita confirmed his confidence that this latest addition to Toyota’s range of GR sports vehicles will give more drivers the opportunity to experience pure driving pleasure, thanking all customers in the region for their continuous support that constantly inspires the brand in its journey to develop the best vehicles ever.

The new Toyota GR86 includes many features, including the front MacPherson struts and double wishbone rear suspension of the previous GT86 model, in addition to the improved performance that provides a higher level of responsiveness and vehicle stability control.

The overall dimensions of the new vehicle are close to the previous model, but 5 mm were added to the wheelbase to become 2575 mm, while its height was reduced by 10 mm to 1310 mm, so that lowering the center of gravity mainly contributes to improving vehicle control and providing a pleasant driving experience.

In addition to the wide appearance of the new rear-wheel-drive coupe, some improvements were made to the control system, by enhancing the rigidity of the structure, and practical external ventilation holes were added in the front bumper to support steering stability more, while the use of some parts made of aluminum, such as Roof panels and fenders, in reducing the weight of the vehicle to be up to 1270 kilograms.

The improvements in power are due to a combination of modifications, including an increase in bore size, changes to the intake and exhaust systems, and improvements to four-stroke dual-injection technology (Toyota D-4S).

These modifications provide a distinctive driving experience and high response speed, especially when exiting bends onto straight roads, while drivers can choose between a six-speed manual transmission or an automatic transmission.

The new “Toyota GR86” shines with a dynamic and streamlined design that gives it a sporty and modern character, as the long hood and short luggage compartment surface contribute to highlighting the vehicle’s dimensions, which are inspired by motorsports.

The front of the vehicle is distinguished by the “MATRIX G Mesh” front grille, which is specially designed for the “GR” category, which combines performance with boldness, while the extended “LED” headlights are seamlessly aligned with the front bumper and air vents to contribute to improving response and stability.

The low bonnet creates a dynamic line that runs from the front of the vehicle to its rear, while the rear design of the vehicle shows a wide wheelbase, while small fins on both sides of the rear bumper contribute to enhancing stability and adding a sporty touch to the vehicle’s design.

The cockpit of the GR86 was designed to improve the daily driving experience, as it is simple in its design to enhance the driver’s focus on the road, while the design of the controls and switches allows for great ease of use, to be within reach of the driver even when driving on highways.

The front sports seats are equipped with prominent side edges that help enhance drivers’ stability while driving on various roads and speeds, while the two foldable rear seats provide the possibility of using this new vehicle for multiple purposes.

The vehicle’s dashboard includes a 7-inch TFT screen that displays different digital data depending on the driving style, while there are 3 completely new options for driving modes, which are “Normal” and “Sports”, in addition to the “track-specific” that provides the driver with The display provides live, real-time data on gear position, engine speed, water temperature, and oil temperature.

The interior includes an 8-inch multimedia touch screen and is compatible with the Android Auto and Apple CarPlay operating systems by connecting it with an external cable.

The phone can be used hands-free via Bluetooth wireless technology, an audio system consisting of 6 speakers, two USB ports, an AUX port for headphones and other devices, in addition to an automatic air conditioning system that includes two zones that can be temperature controlled. separately, and other features.

As with all Toyota vehicles, safety remains a top priority in the GR86, which comes equipped with a comprehensive suite of safety features to provide maximum protection for the driver and passengers, including seven Supplemental Restraint System (SRS) airbags, including That’s the driver’s knee airbag, and more. 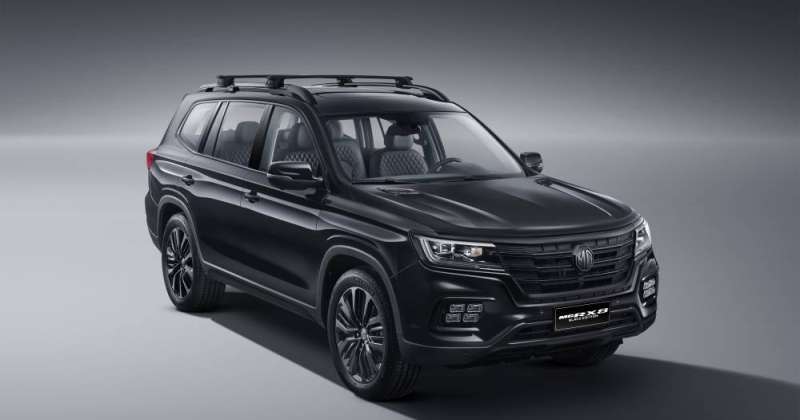 – Tom Lee: The MG RX8 is the brand’s favorite model among customers in the region – Khaled Toukan: a ... 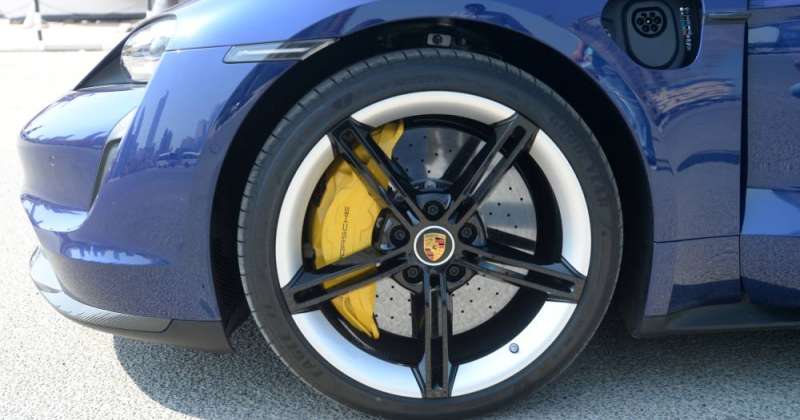 Witness the dawn of a new era of glamor on all roads – All cabin fittings are made from innovative ... 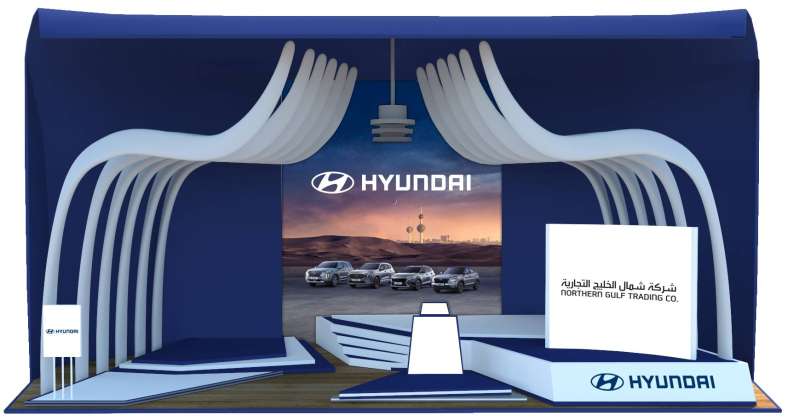 “Hyundai North Gulf” participated in the virtual “Auto Kuwait” exhibition, which is the first virtual exhibition for car lovers and ...