The Vice President of the Republic, Lieutenant-General Ali Mohsen Saleh, affirmed the legitimacy of the keenness to achieve the Riyadh Agreement and reject any obstacles that prevent unifying efforts and energies to restore the state and its institutions, and negatively affect the efforts aimed at ending the coup and achieving stability and peace in Yemen.

In this regard, the Vice President referred to the efforts made by the brothers in the Kingdom of Saudi Arabia to complete the implementation of the Riyadh Agreement.

This came during his meeting today, Wednesday, with the Chargé d’Affairs of the Federal Embassy of Germany in Yemen, Jan Gerald, to discuss developments on the national arena and bilateral relations between the two friendly countries.

The Vice President affirmed the legitimacy of the leadership’s keenness to achieve peace and its positive interaction with all international efforts, which were met by the Iranian-backed Houthi militias with more escalation, terrorism and intensification of crimes and violations against the Yemeni people, launching missiles and planes at the Kingdom and targeting international navigation with booby-trapped boats.

For his part, the Chargé d’Affairs of Germany renewed his country’s support for the security, stability and unity of Yemen, pointing to the strong bilateral relations that unite Yemen and Germany and the areas for their development, according to the Yemeni news agency “Saba”. 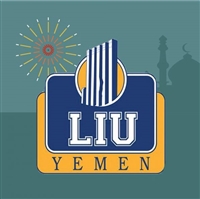 The “Al-Asimah Online” website quoted informed sources that expose an international university in the capital, Sanaa, to harassment and abuse ...

The leaders of the political parties and components in Taiz affirmed their full support for the national army and security ...

The meeting of the local authority in Ma’rib Governorate was approved, headed by the Undersecretary, Dr. Abd Rabbo Miftah, and ...